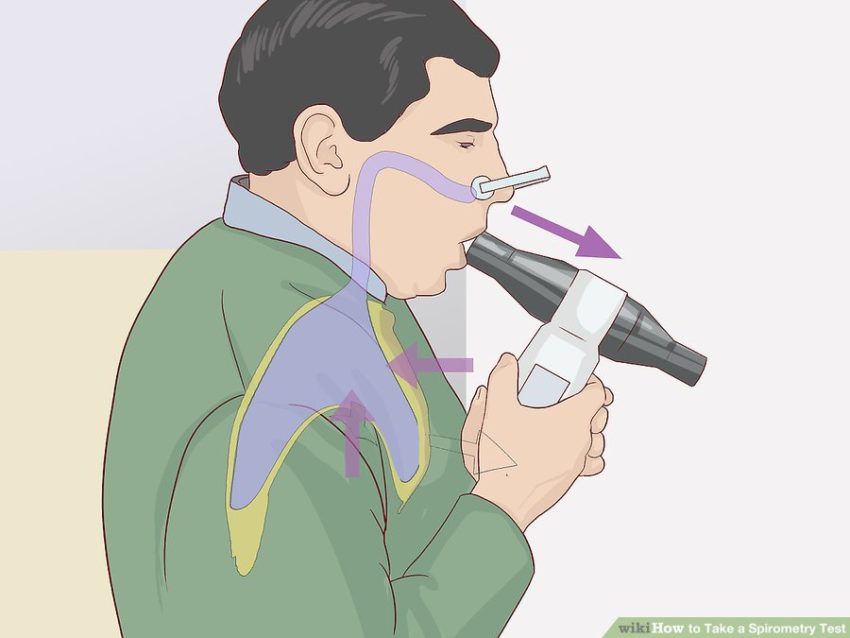 “So these numbers are not good,” the allergist began.

Last week, I went to an allergist for the first time. My doctor and I have been talking about my ongoing struggles with asthma, which been getting progressively worse recently. It was getting to the point where I was frequently waking up at night gasping for air, or needing my rescue inhaler after even light exertions.

I was curious about what insights an allergist would provide for me that I didn’t already know. For most of my life I’ve suffered from mild to severe asthma. From my teen years onward, I’ve always carried a rescue inhaler, or had one nearby, in case I had trouble breathing. It’s second nature at this point, like my wallet, phone and keys.

I haven’t let my condition stop me from doing anything I’ve wanted to do. I run, dance, bike, and rock climb on a daily basis. Still I wondered what else could be done to improve my condition.

The very nice allergist Dr. So ran a series of diagnostic tests on me, including one where he had me breath into a tube to test my lung capacity. Afterwards we reviewed the tests together.

“So these numbers are not good,” Dr. So explained to me, showing me my chart. “If this were a normal patient and I saw these numbers, I would be very alarmed. But it sounds like this is something you have been living with for a long time, and just fighting through. Your tolerance level is a lot higher than most peoples.”

“But what I want to know,” he continued, “is what can we do to improve your breathing. I think you will find a significant difference in your day-to-day life and all of your activities if we can increase your lung capacity and your breathing.”

Dr. So then prescribed Advair for me, which he thinks will improve my breathing overall, and reduce my need to use my rescue inhaler when I exercise. I’m excited to try it and experience what normal breathing is like for a change.

Which made me think about all the other things in our lives that we tolerate and don’t do anything about.

A old friend of mine has an anger management issue. For years, I had seen it manifest in his behavior toward others, but had never been the victim of it until recently. I had made excuses that this was just something that was part of his personality, and I had to just endure every once in awhile.

And then his angry blowups started becoming more and more frequent, and they would trigger for reasons that to me seemed really minor. I started to realize that I was emotionally walking on eggshells around him, worried that some comment or question of mine would set off another angry tirade.

Because I was invested in the friendship, I didn’t do anything about it for most of a year. And then I was talking to another friend about it, and I realized how much I was subjecting myself to stress about the situation, and just living in fear of the next blowup.

So I emotionally severed myself from that friendship. It’s still painful to not have this person be an intimate part of my life. But the relief I feel of being freed from the fear of those angry attacks is wonderful.

I guess there are a lot things that are chronic conditions that we put up with until enough is enough. Perhaps it’s some emotional hurt that we assume is not going to go away, so we learn to live with it. Maybe it’s an unfulfilling relationship, a boring job, a childhood fear that has never left.

We don’t deal with those things, or see an expert to help us through them, because we barely notice they are there. Often it takes someone else to observe it and say “that isn’t normal. You don’t have to live this way.”

And then we find that burden eased, and we wonder why we didn’t do something about it long ago.

Do you have a chronic condition that you haven’t dealt with? Because let me say that being able to breath easily is so amazing.