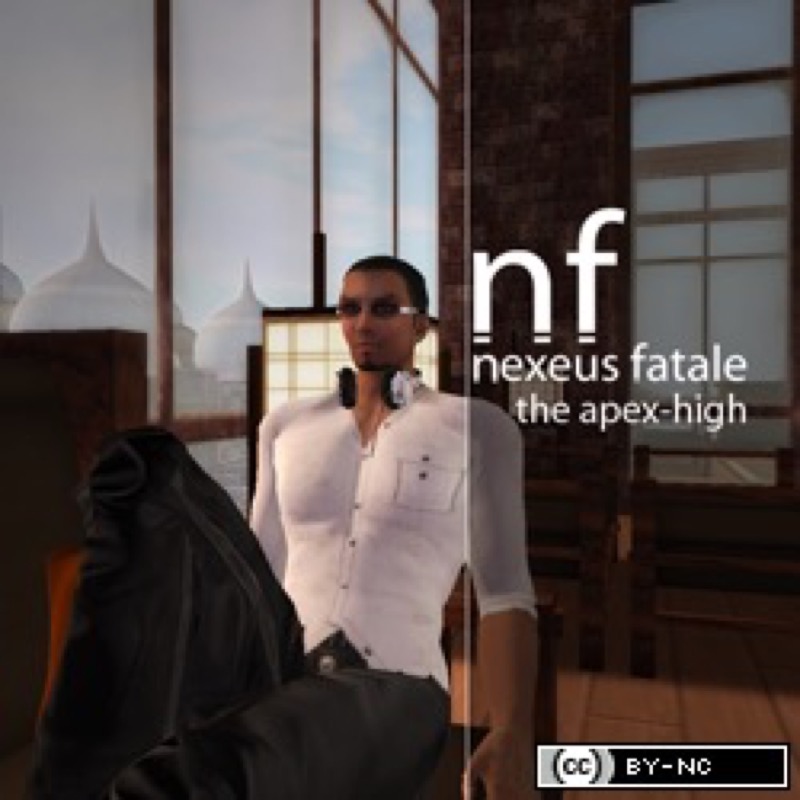 In December, my buddy and badass DJ Nexeus Fatale released for free download his album "Apex-High," which I downloaded on Sunday.  I've had it playing for the past few days during my commute to and from work, and it keeps getting better and better.  Here's Nexeus's description of the album:

In the beginning of my DJ career, I created several tracks with the
hope of releasing them as an album in the future. Two years later and
inspiration from a few friends, I’m releasing a compilation of music
I created from 2003 – 2006. This album, originally titled “The Early
Years” encompasses my time as a DJ with GridStream Productions, and is
titled after the show on the station, The Apex High. This
album reflects many of my influences as a DJ, from hip-hip to house,
The 5th Element to The Matrix, from MMO’s to Downtempo.

The album is freely downloadable, made available with a Creative Commons Attribution-Noncommercial 3.0
United States License.  Check it out!