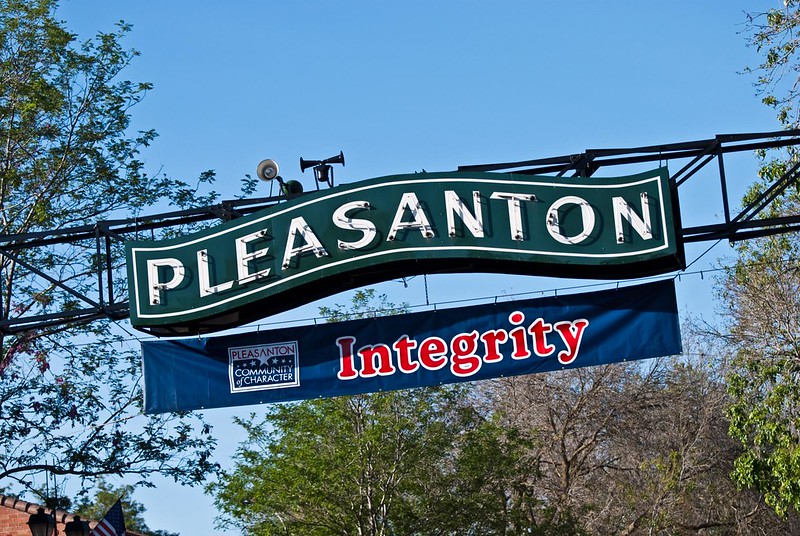 In late January, I’m moving back to my mom’s house in Pleasanton, California, a place I spent most of my childhood in, but don’t know much about.  I did a bit of research today, and here’s some interesting tidbits I came up with:

It’s a quaint and friendly city, that has managed to keep its character while also growing at a dramatic rate in the past 15 years.  The downtown Main Street area is still vibrant and busy, despite a large shopping mall and population growth pushing people outside of the city center.  Lots of seasonal events bring the city together like the Alameda County Fair and the winter holiday parade.

While not someplace I plan on staying for too long, I do like Pleasanton quite a bit.