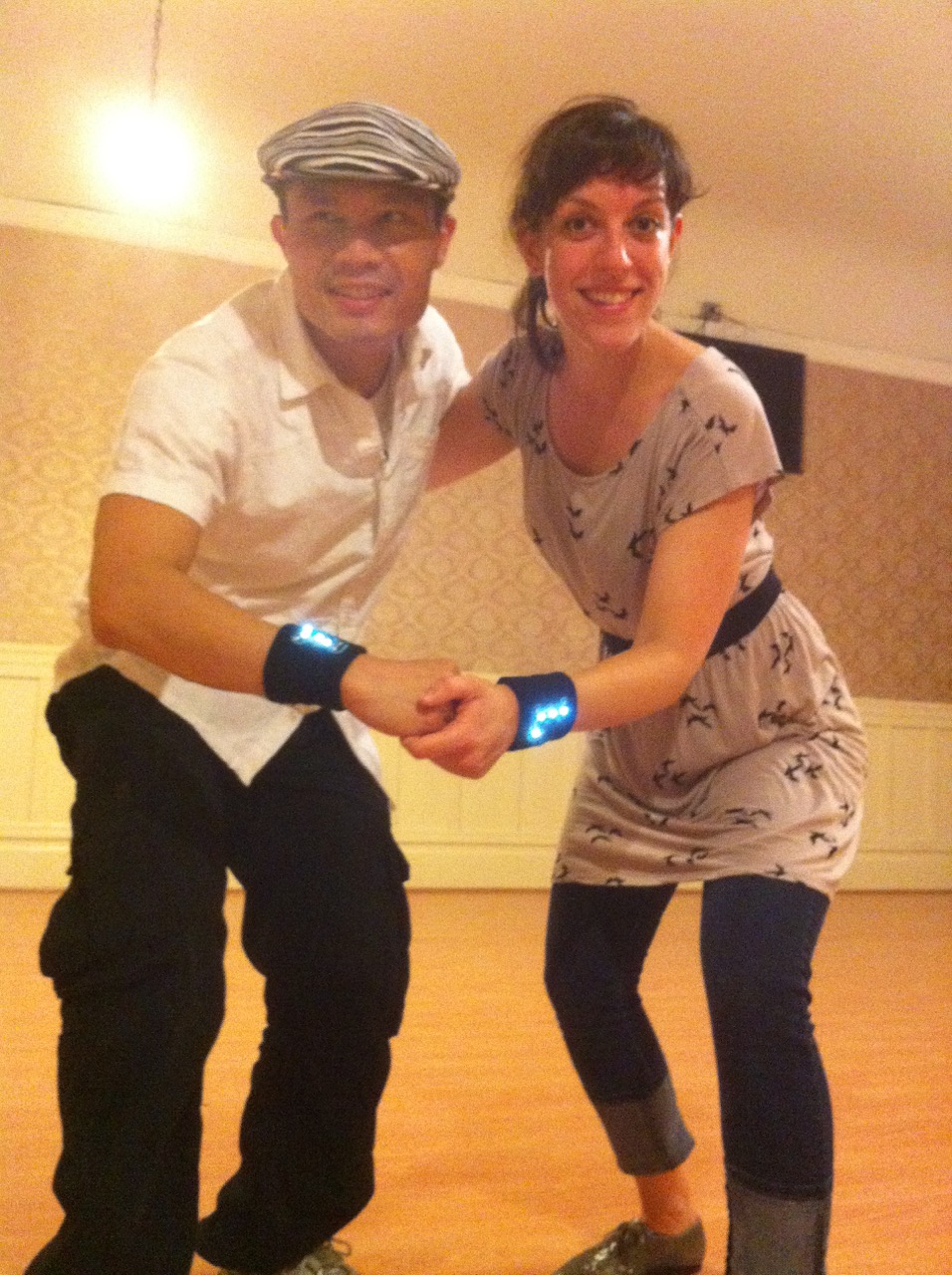 For the past couple of years, I have been thinking about how gender roles interact with dance roles in lindy hop (and other social dances.)  As someone who cares about this dance and wants it to be an artform that is welcoming and available to everyone, regardless of gender, orientation, identity or preference, the strict division of lindy hop into “men lead” and “women follow” has never sat well with me. You have to have a bit of background in how the lindy hop scene tends to operate to understand the complications.  Typically, if you are a lindy hopper, you go to a dance venue (a studio, concert or a club) and scan the room for people to dance with.  If you are a man, and you walk into a room and see a room full of women, you can assume that these people are in theory available to you to dance with, since you can assume that all of them are going to want to play the “follower” role in the dance.  A woman asking a man to dance will normally make the assumption that he is going to play the “leader” role.

There are of course exceptions and outliers in every scene — that one girl who only likes to lead or that guy who doesn’t mind playing either role.  But this knowledge depends on knowing the individuals in the venue.  At a typical dance event, it is not required that you have ANY specific information about the other person before approaching them to ask them to dance.

This system works quite well in general, obviously, or there wouldn’t be thousands of swing dances all over the world, with millions of transactions like this happening every night.  But it is a system that implicitly rewards those who adhere to the “men lead / women follow” norm.

There are of course no laws that prevent anyone from performing any role they wish at a lindy hop dance.  No one is going to stop a girl from leading or a guy from following. But it’s the process of how social dances are negotiated that imposes penalties on those who choose to go against the system.  In short, it makes it hard for you to get your dance on.

If you are a male who follows, for example, you don’t have the benefit at the end of a song knowing in an instant who is available to you to lead you.  Is that man over there willing to lead another man?  Is that woman a potential leader?  You may have this information at your fingertips, but it takes more work on your part to swiftly negotiate a new partnership during the song transition period.  This may lead you to not have a partner for the next song… or the next… or the next.  And eventually you may give up entirely and switch to the traditional gender role, or just stop dancing altogether.

So I quit following, and soon completely forgot how. And I’ve been leading ever since.

My story is not a unique one, I believe.  There are just a handful of lindy hoppers I know who dance against the norm, and they have done so through dogged persistence and stubbornness. It’s my contention that this doesn’t have to be so hard. 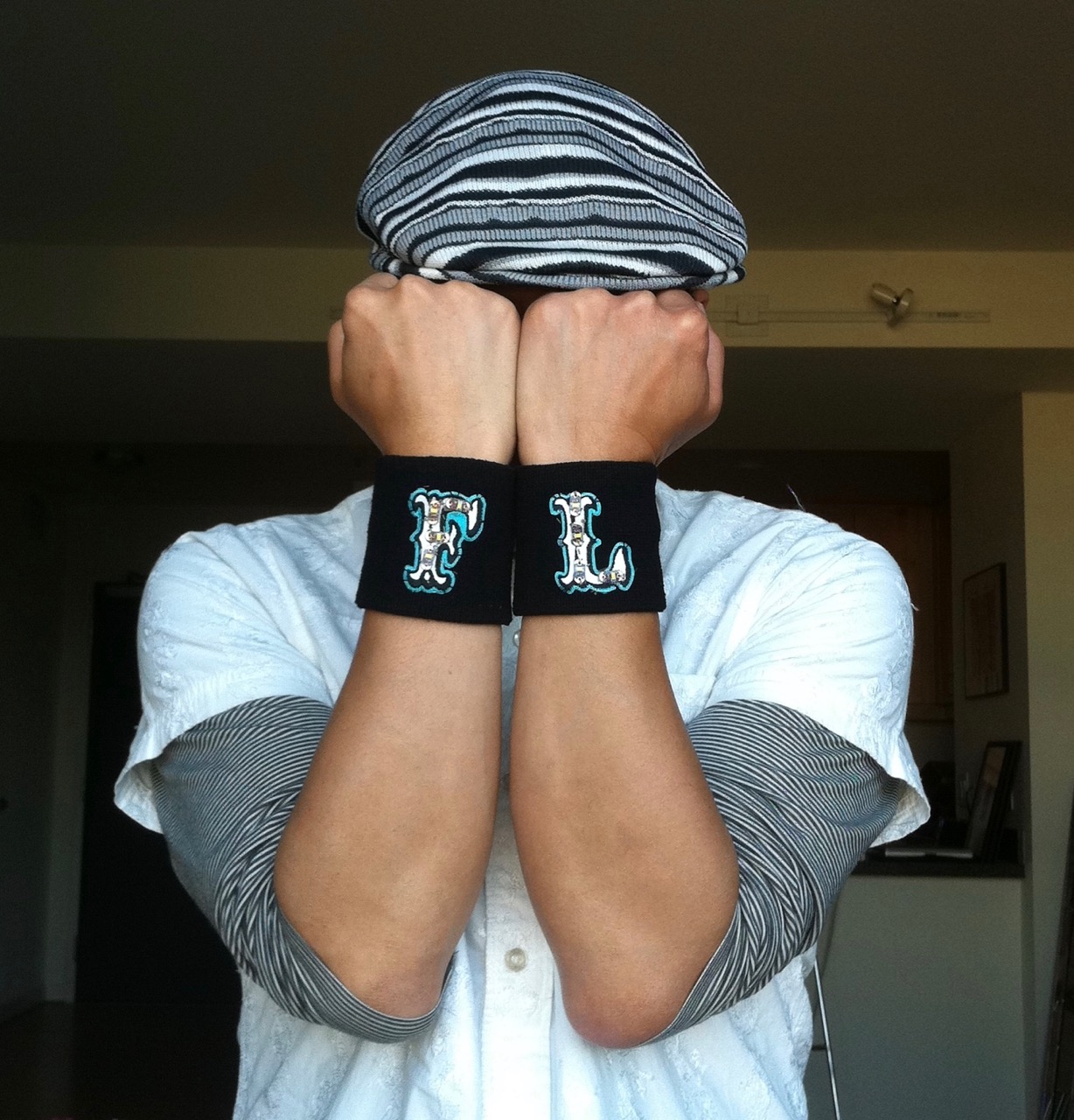 The Wrist Roles* are prototype wristbands embedded with LEDS that quickly signal to other dancers your preferred dance role(s).  The wristbands I created use clear lettering, bright LEDs, and were made using “soft circuit” conductive thread, a battery holder, and a simple slide switch to turn it off and on.

The intended use is for an entire room of dancers to all be wearing Wrist Roles.  The leaders in the room would alight their “L” Wrist Roles and the followers would alight the “F” ones.  Someone walking into the room could quickly ascertain how many leads and follows there were by checking the wristbands, regardless of the gender breakdown.  And during the critical “next dance” negotiation phase, each person could quickly see who is available to lead or follow them.

But I believe the ability to turn the Wrist Roles on and off is an important function. If someone is wearing both bands, and likes to perform both roles in the dance, they could simply alight both of them.  Or if in that particular moment, the person feels like following, he can just alight the “F” one.   And perhaps if someone were taking a break from dancing, she would turn off both of your Wrist Roles to signal to others that she is “off duty.” 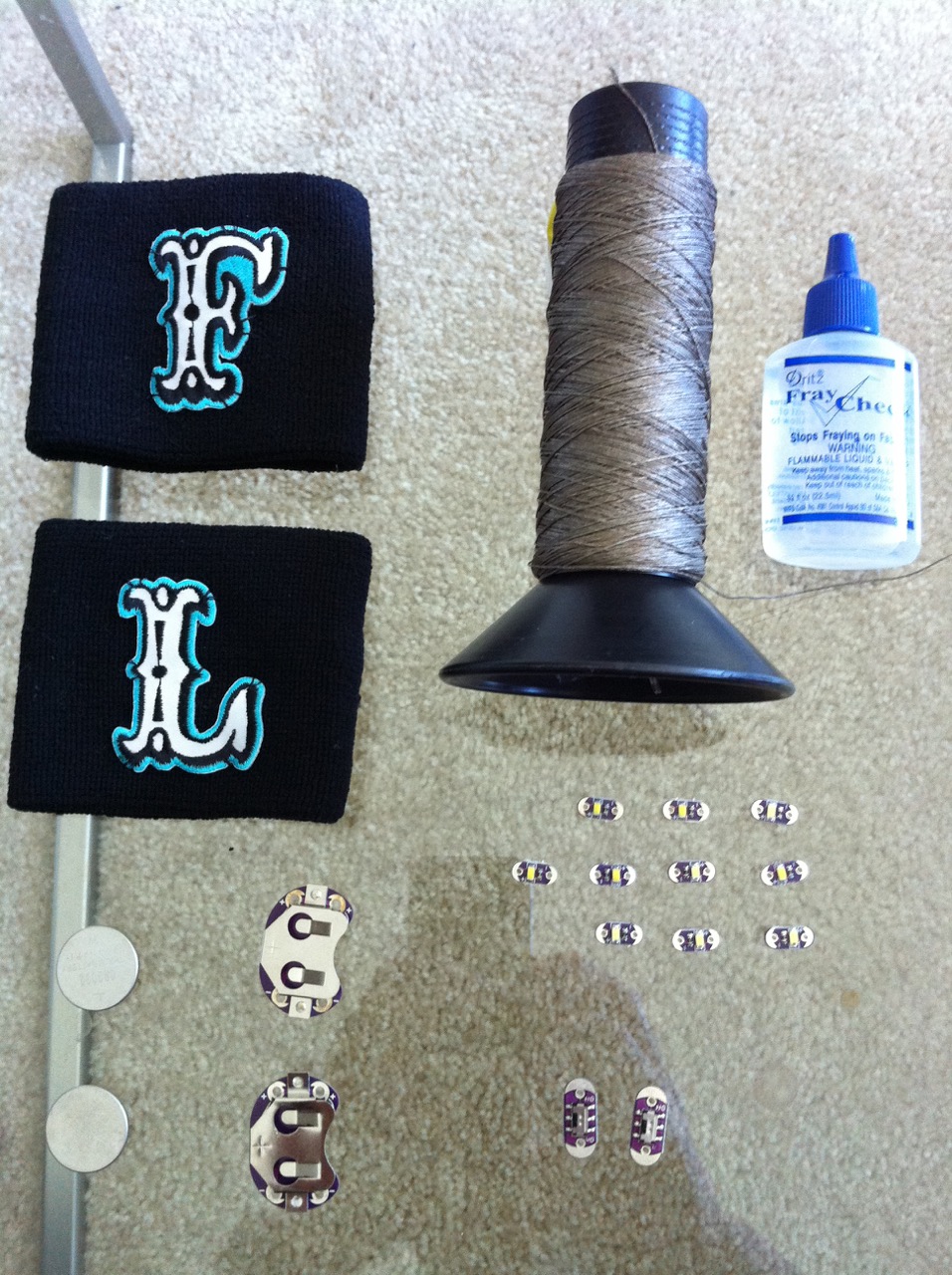 These are obviously just prototypes and could use a lot of improvement. The build quality is not the greatest since my crafting skills are rudimentary.  The LEDS, battery holder and switch can easily scratch or get caught in the hair or clothing of your partner.  The “sewable circuits” are softer than wire, but not as durable.  On the other hand, they ARE washable.

If there was a commonly understood color system, people could just choose to wear on the appropriate wrist anything that glowed in the correct color. A bulky cloth wristband with a giant glowy “F” or “L” certainly is not fashionable for most people, other than geeks like me.

To be clear, the intent of this project is not to try and impose this as some kind of technological fix, but to use this to raise awareness and discussion of what I think is a problem in our scene.   I believe if we don’t think strategically and creatively about how to make lindy hop as open and inclusive as possible, we will not see this dance spread as far and wide as we would like, for succeeding generations to enjoy.