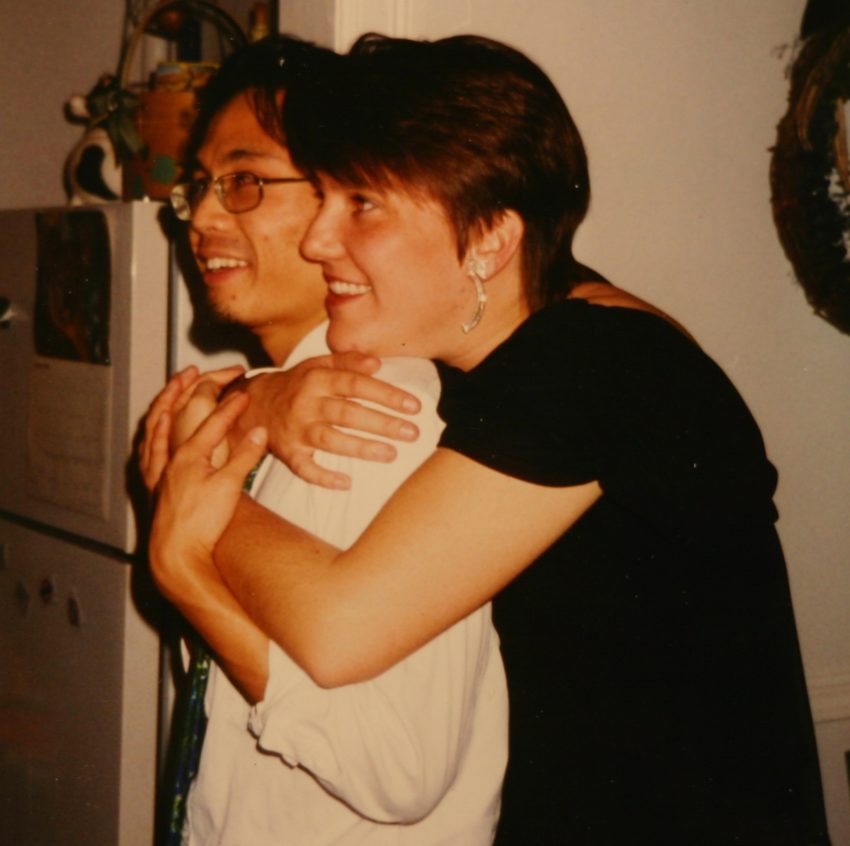 In a few days it will be the birthday of Bettina Pruckmayr, an old girlfriend of mine who died a long time ago.  I can hardly believe that it was 16 years ago that she was taken from us by an act of evil on December 16, 1995.

Bettina was a young human rights lawyer who worked for the World Federalist Association, where I was interning.  She was the first legal activist in the world to be 100% devoted to advocating for the International Criminal Court, the world’s first global human rights court.  Bettina got to participate in some of the initial negotiations at the United Nations on the proposed tribunal.  But her life was cut short by a mugging gone wrong in December 1995.   She did not live to see the court come into being at the Rome ICC Treaty Conference in August 1998.

Bettina, you were the best of us, and the brightest. You should still be here fighting the good fight — for human rights for all, for justice for victims of violence, for peace in our time.  Georgetown Law still honors you by giving promising human rights law students with an annual award, which is really awesome. I personally have tried to keep alive your memory by savoring every cup of coffee, every dance, every new friend that I encounter, just as you did.

I feel so lucky that I got to know you and be loved by you, the brief time we were together.  And I miss you still.