I had a fantastic time at the Santa Swing swing dance weekend with my friends old and new in beautiful Santa Barbara, California. So many great dances, kick ass live music, yummy meals, and silliness. Can't think of a better way to ring in the new year.

I really enjoyed all three bands that performed at Santa Swing: the Icy Hot Club, local faves the Ulysses Jasz Band, and the always awesome Jonathan Stout & Campus Five featuring Hillary Alexander!  Each of them brought a different feel to the floor — from hot jazz to standards to modern fusions — but all of it fun and dance-able.  In between there was some great DJed music, including an awesome soul music party DJed by Dave Frutos. Special high fives to my dance partner Gina Quan for being awesome in the Open Jack & Jill! We had four super fun dances during the prelims (our first four dances ever, I think), and then rocked it during the finals to clinch first place!  I have no idea what I did during the competition, so I will be curious to see the video later.

I was a last minute addition to the Open Jack and Jill comp, since they had too many followers.  Which is probably why I wasn't as nervous as I typically am, since I wasn't even supposed to be competing!

Of course the best part was getting to hang out with awesome people, both local to the Bay Area and from parts all over Cali and beyond.  I don't travel much for dancing, so it's a good reminder about why I should make more time for it.

UPDATE: My friend Jim thinks he is SO hilarious. 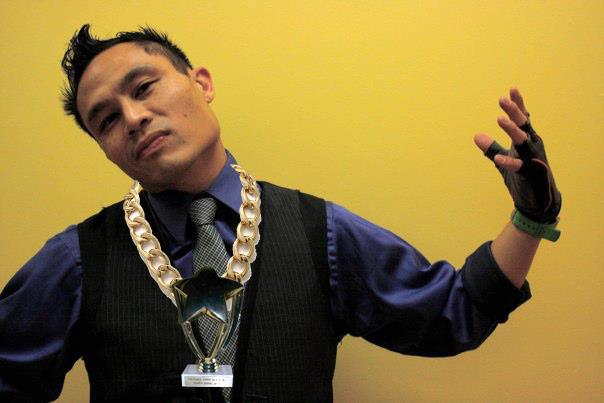