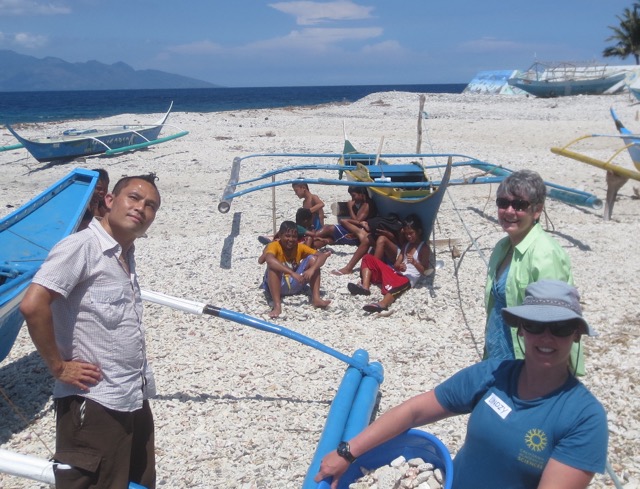 One of the awesome out-of-the-way spots that I got to visit in the Philippines in April was the small island of Isla Verde (Verde Island) in Batangas Province. I was there along with a team of educators and scientists to do an outreach to the local community about their local marine biodiversity and how to safeguard it for future generations.

It was one of our most satisfying outreaches during the trip, and in a beautiful locale. Verde Island is a small island community of about 6,000 people. There are no cars or trucks on the island, which makes it a wonderful oasis from the noise and pollution you find all over PI. And apparently the island bans plastic, which is incredible for a developing region.

It was remarkable that, at least when we were there, you hardly saw any trash or refuse anywhere. The houses looked modest but very neat and well-cared for. Walking along the beach, we couldn't find any of the trash or detritus that most of the other beaches we saw in the region were full of.

They even have a vermi-composting facility in the local school. 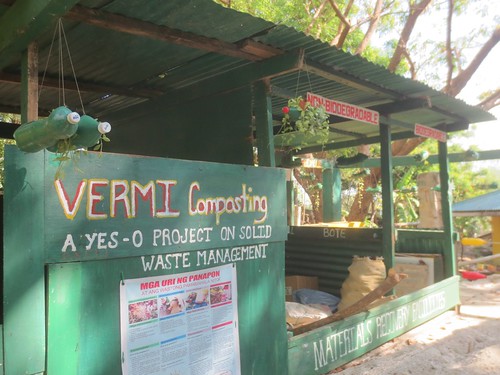 One of the coolest things about the island for me was that reportedly about 70% of the population has the last name Panganiban. Everywhere I looked there were signs and posters mentioning "Ninoy Panganiban," "Joey Panganiban," or even this house owned by "Hon. R. Panganiban"! It was kind of like coming home. 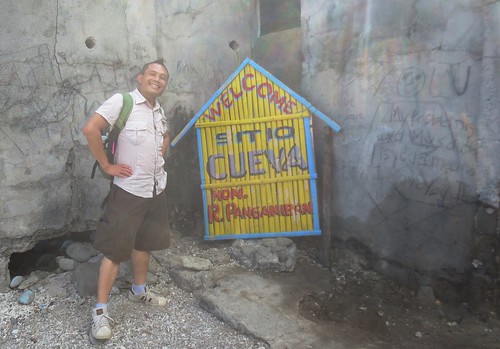 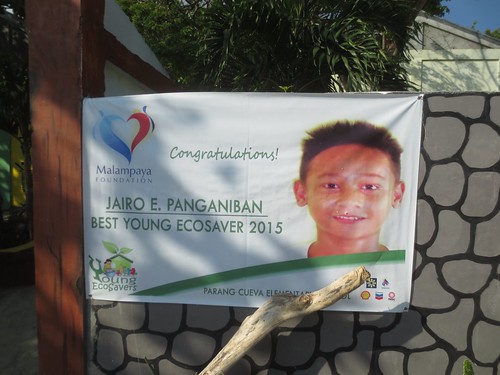 The heart of the community is their beautiful elementary school. 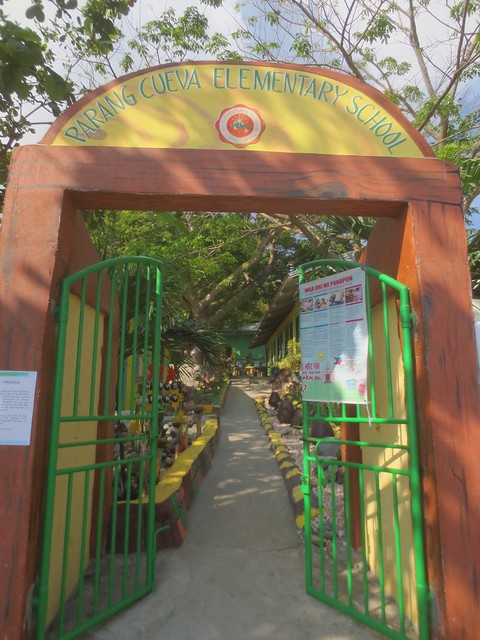 The "Science Park" was of the most interest to our group, since we're all scientists and science educators. 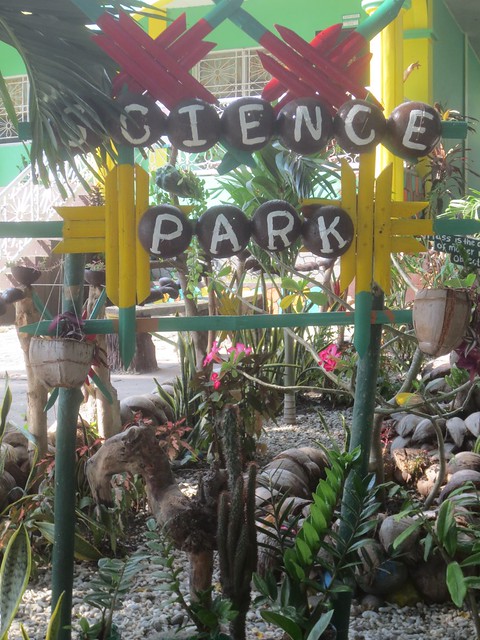 Science is a way of learning. 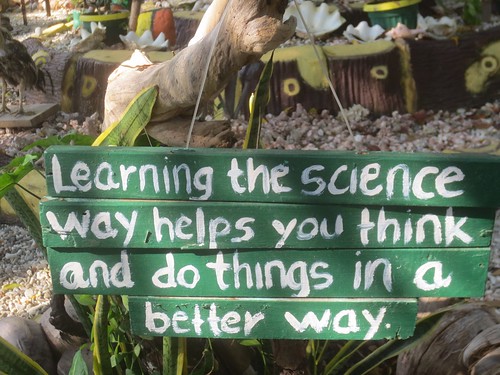 Of course this is a deeply religious society, so you can't keep that out of the Science Park. 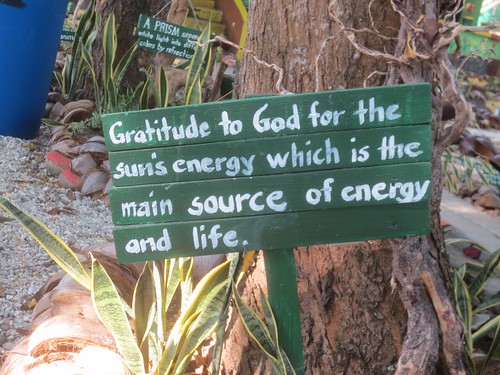 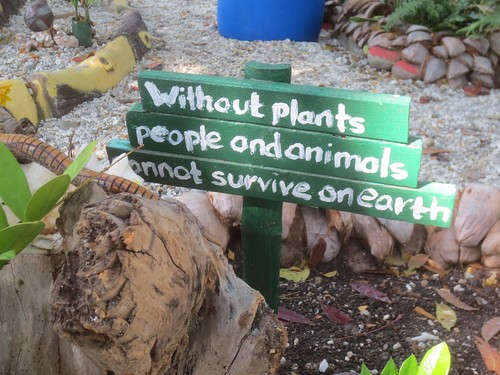 I also loved these signs illustrating the Filipino vowels. 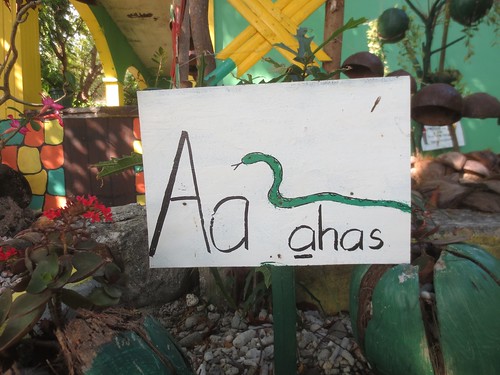 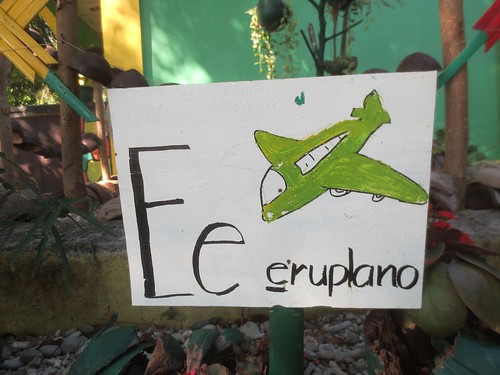 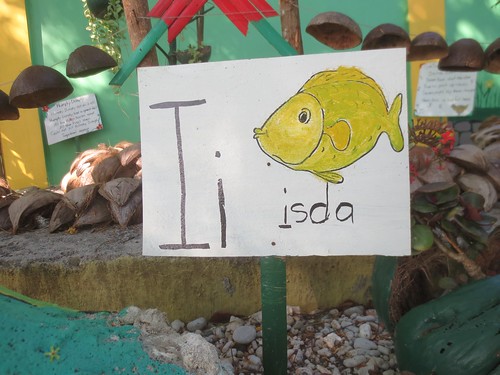 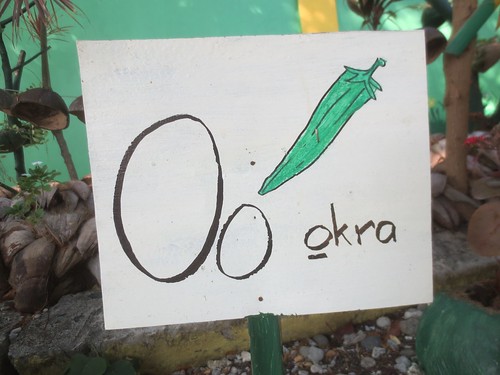 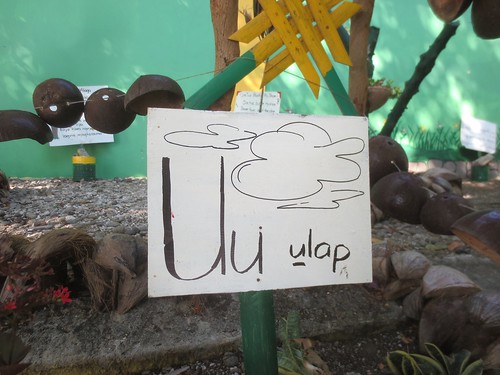 The "English Park" had lots of useful info for language learners. 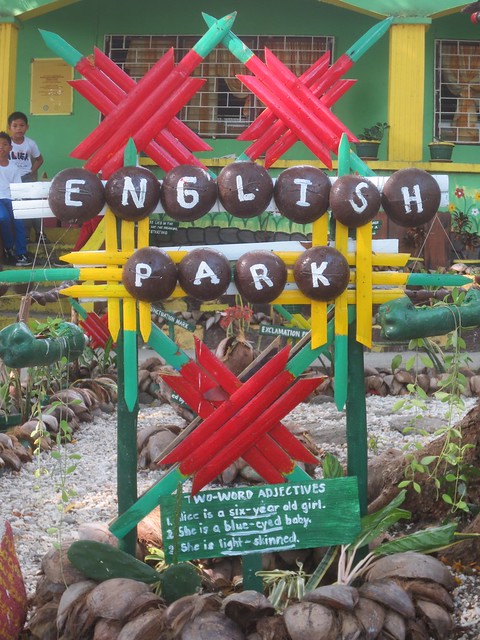 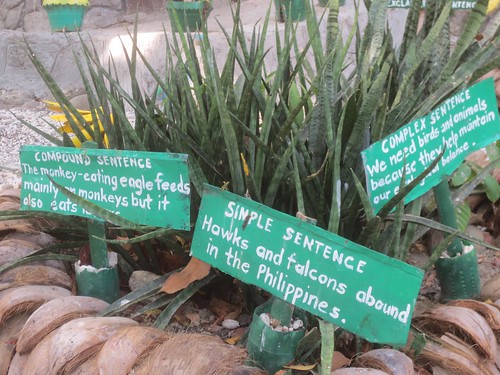 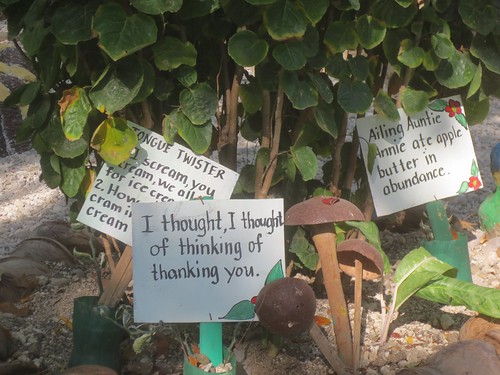 The rest of the school was just as charming. Here's Meg, one of the expedition principal investigators, greeting the crowd in the tree-lined  school courtyard. 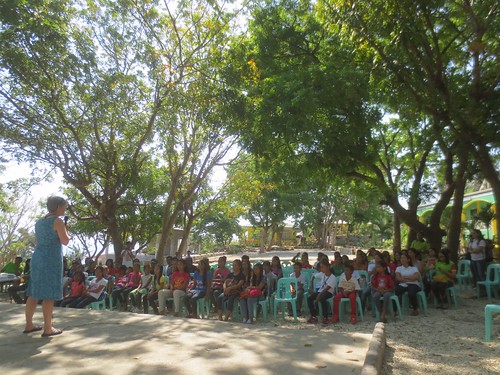 The classrooms were pretty basic, but clean and organized. 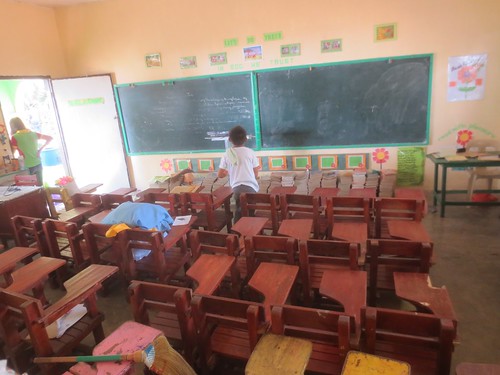 During our day there, we met a number of people from the local community — teachers, parents, local officials, and lots and lots of kids. Everyone was warm, friendly and open. And people (even very young kids) seemed really knowledgeable about the importance of keeping their island and local waters clean and well-maintained.

I don't want to be pollyanish about Isla Verde. We were only there for a day and had limited contact with the locals and only saw one small part of the island. One study for example found that a German-funded solar-power project on Isla Verde had failed because of lack of local equipment and personnel to maintain it.

Overall though, I found Isla Verde to be a bright spot of hope for the future of the Philippines.