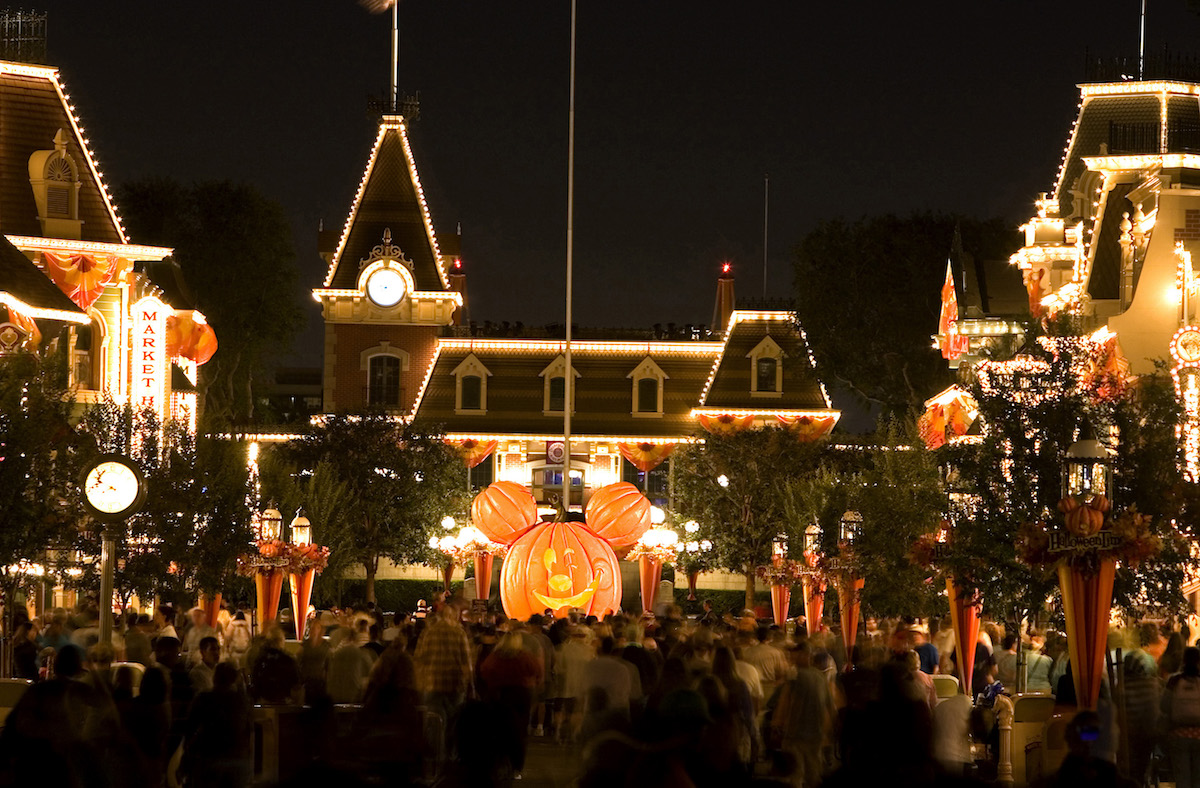 It was 10:58pm. The "spook-tacular" parade was winding to a close. Barry, Eve and I are sprinting through Fantasyland, past the Matterhorn Bobsleds … past Alice in Wonderland… past Pixie Hollow. We've entered Tomorrowland! Racing past the Buzz Lightyear Astro Blaster… now around the Astro Orbiter… we near our destination…

Barry was the fastest, getting to the entrance to hold a spot for all of us before the doors closed. We made it, the last visitors to get to experience Star Tours, the Adventures Continue for that night! We board the last Star Tours shuttle cheering and whooping at our excellent planning and execution.

That was just one of many awesome experiences that my friends and I had at Disneyland last Wednesday for Mickey's Halloween Party.  In October, Disneyland offers on certain evenings a special, sorta-spooky party in the park for youngsters and the young at heart. My friends and I were lucky enough to score tickets to one of these parties, which sell out fast during the Halloween season. 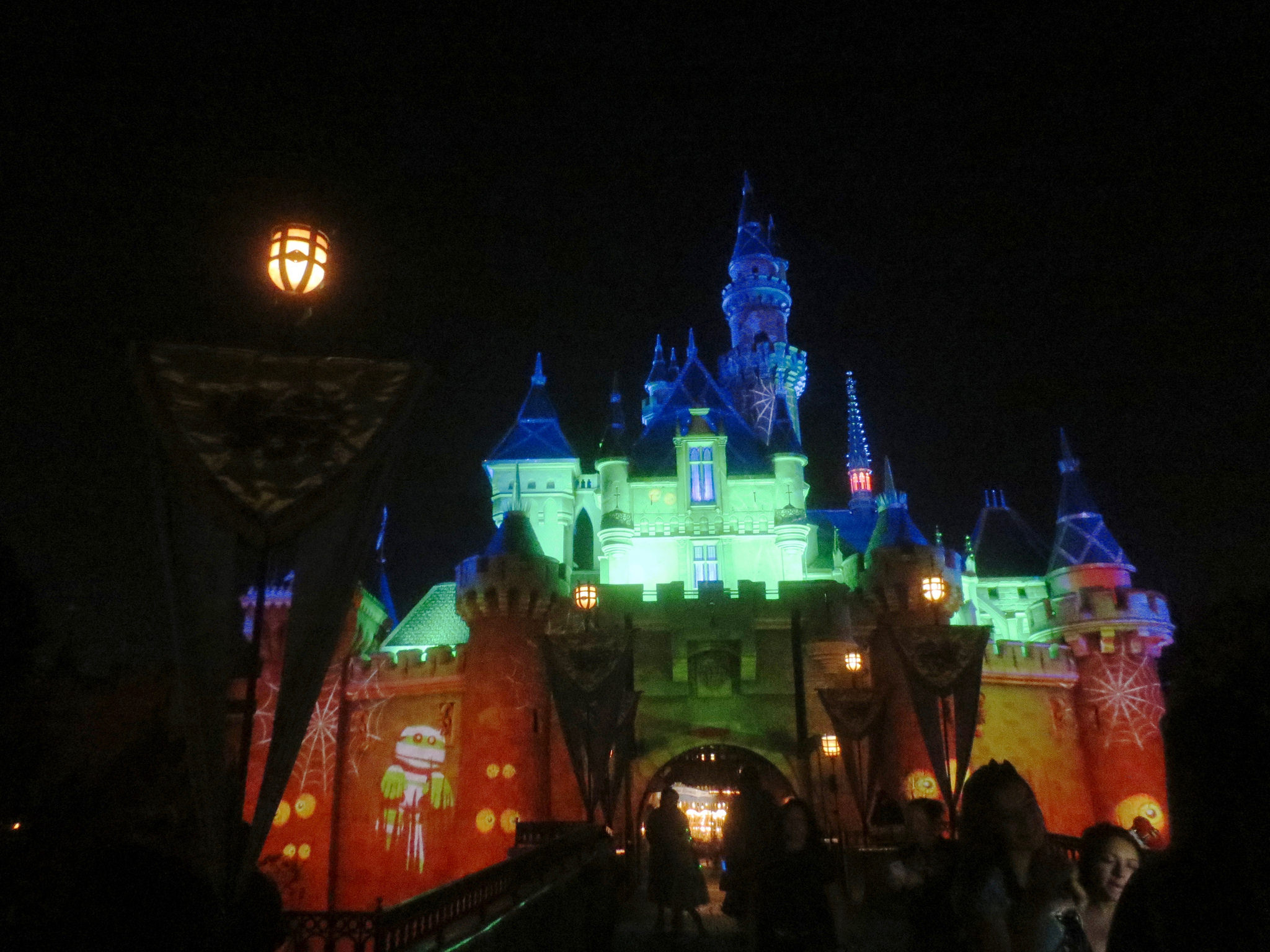 I've been to Disneyland and Disneyworld a bunch of times, from one day to one-week trips. Going to the Halloween Party might be my favorite way to experience a Disneypark. Here's why:

There's a ton of cool stuff happening at the Halloween Party at Disneyland. So much that you might need to come to two parties to truly experience it all: 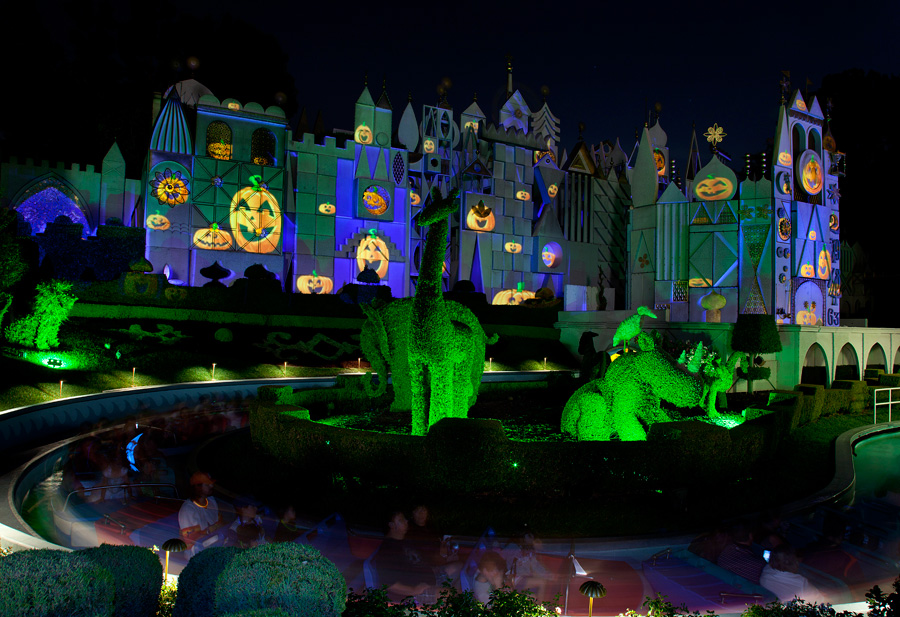 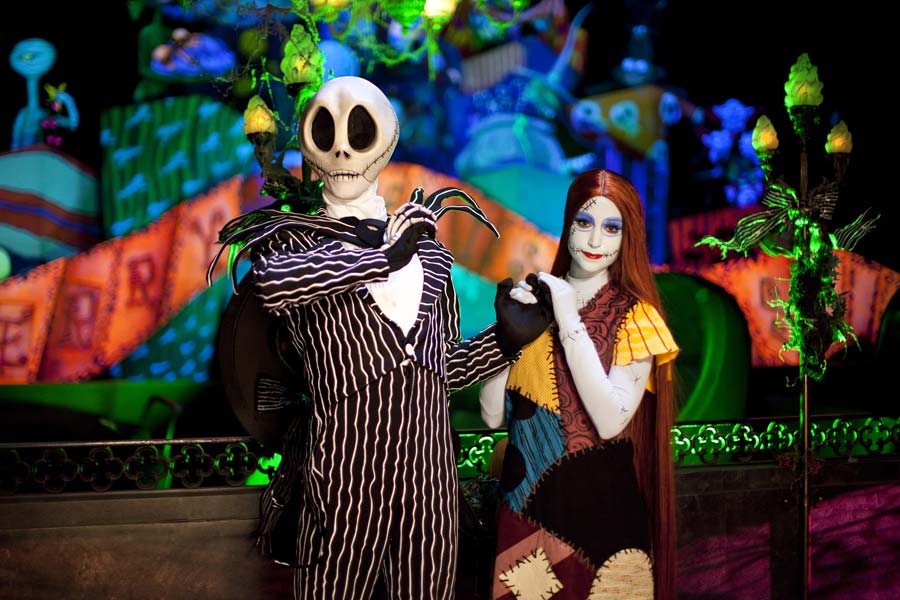 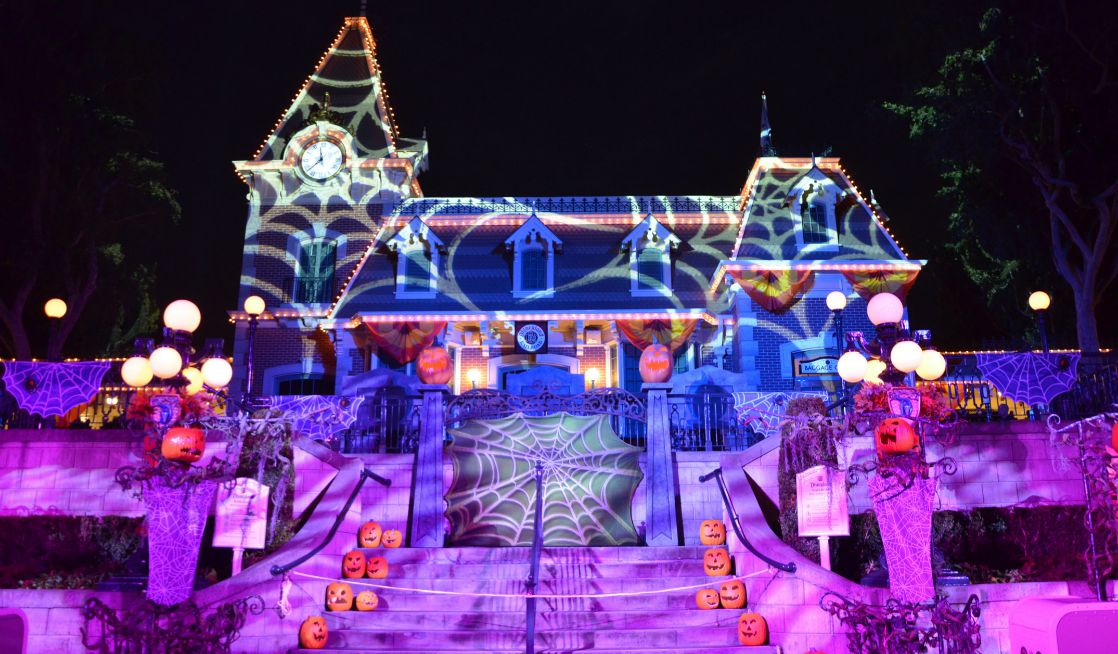 Most of the rides in the park are still open until 11pm! And because it's a special party, there are a lot less people in the park. Plus most people are there for the Halloween stuff, not to ride rides.

So we basically walked straight on to many of our favorites, including Star Tours, Indiana Jones, the Finding Nemo Submarine Voyage, Astro Blasters, and Pirates of the Caribbean. The only rides with significant waits were Space Mountain and the Haunted House, for obvious reasons. But even those lines were not more than 20 minutes at most. 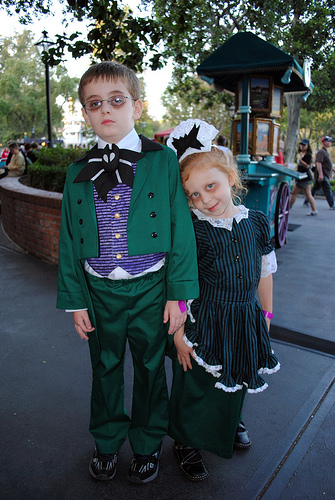 The Halloween Party is the only time of the year when all guests to the park can wear almost whatever costume they want.

During normal park hours, you are not allowed to wear any costume in which you might be confused for being a cast member (employee) of Disneyland. But during the Halloween Party, you have pirates, Star Warriors, ninjas, super heroes, vampires, and zillions of princesses. Entire families are decked out as the Incredibles, or an aristocratic Victorian party, or multi-colored troll dolls, or all of the Wizard of Oz entourage. 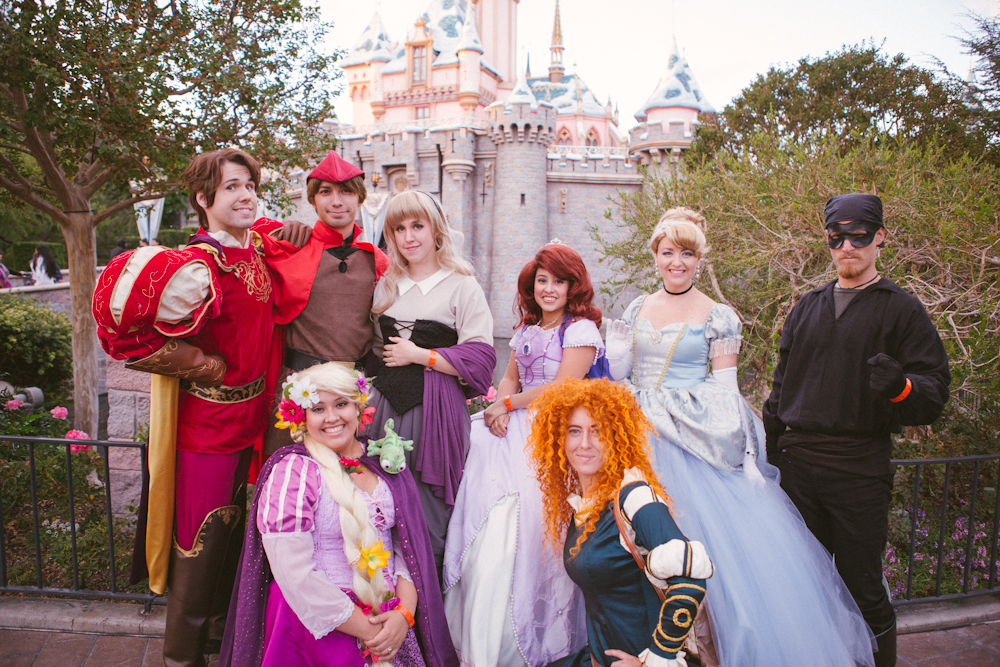 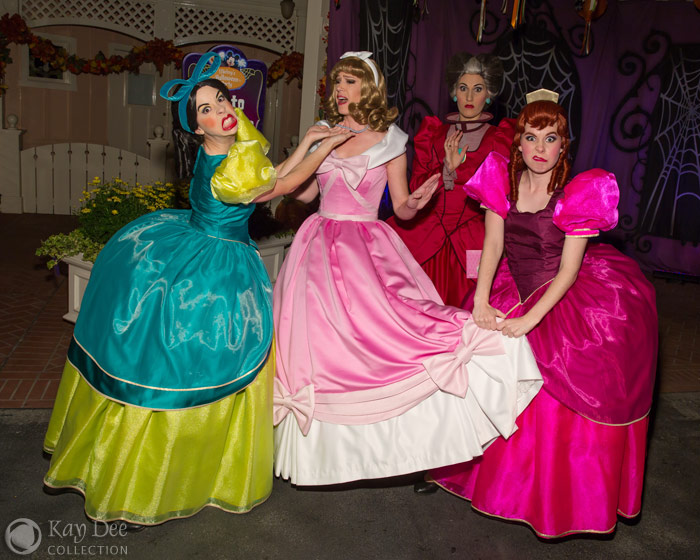 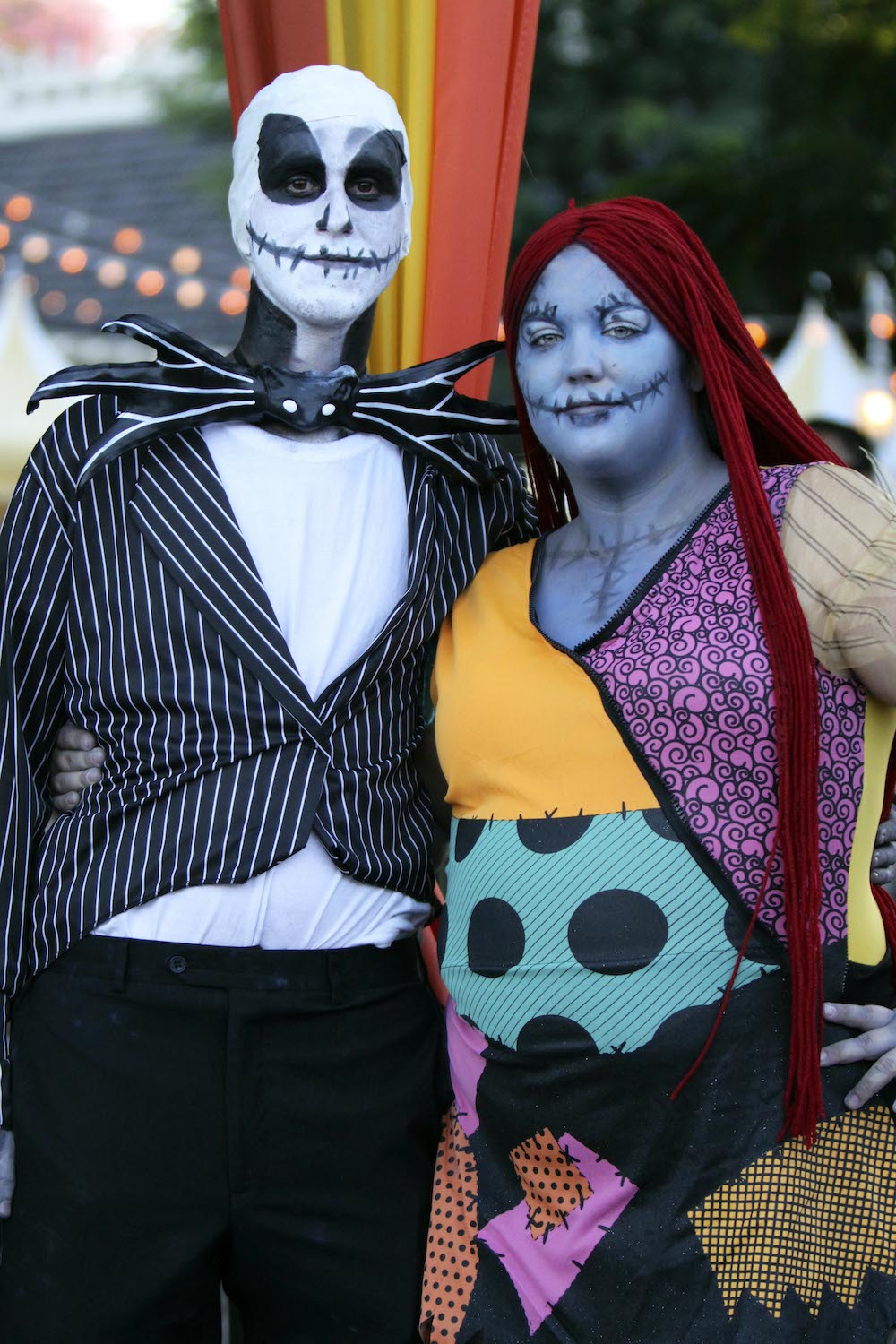 If I go back, I'm definitely wearing a costume!

Yes, its in the evening, from 6-11pm, which you might think gives you less time in the park. But you can get into the park up to three hours ahead of the Halloween Party, so up 8 hours of Disney fun.  We found that more than adequate to ride all the rides we wanted, experience the park, watch the parade, and see the fireworks display.

There are a few downsides to being in the park during the Halloween Party:

Those seem like small sacrifices to get to experience Disneyland in an entirely different way. If you only want to spend one evening in the park, or are really into Halloween and dressing up, or want to save a few bucks, Mickey's Halloween Party is definitely the way to go.  I would love to go again next year. 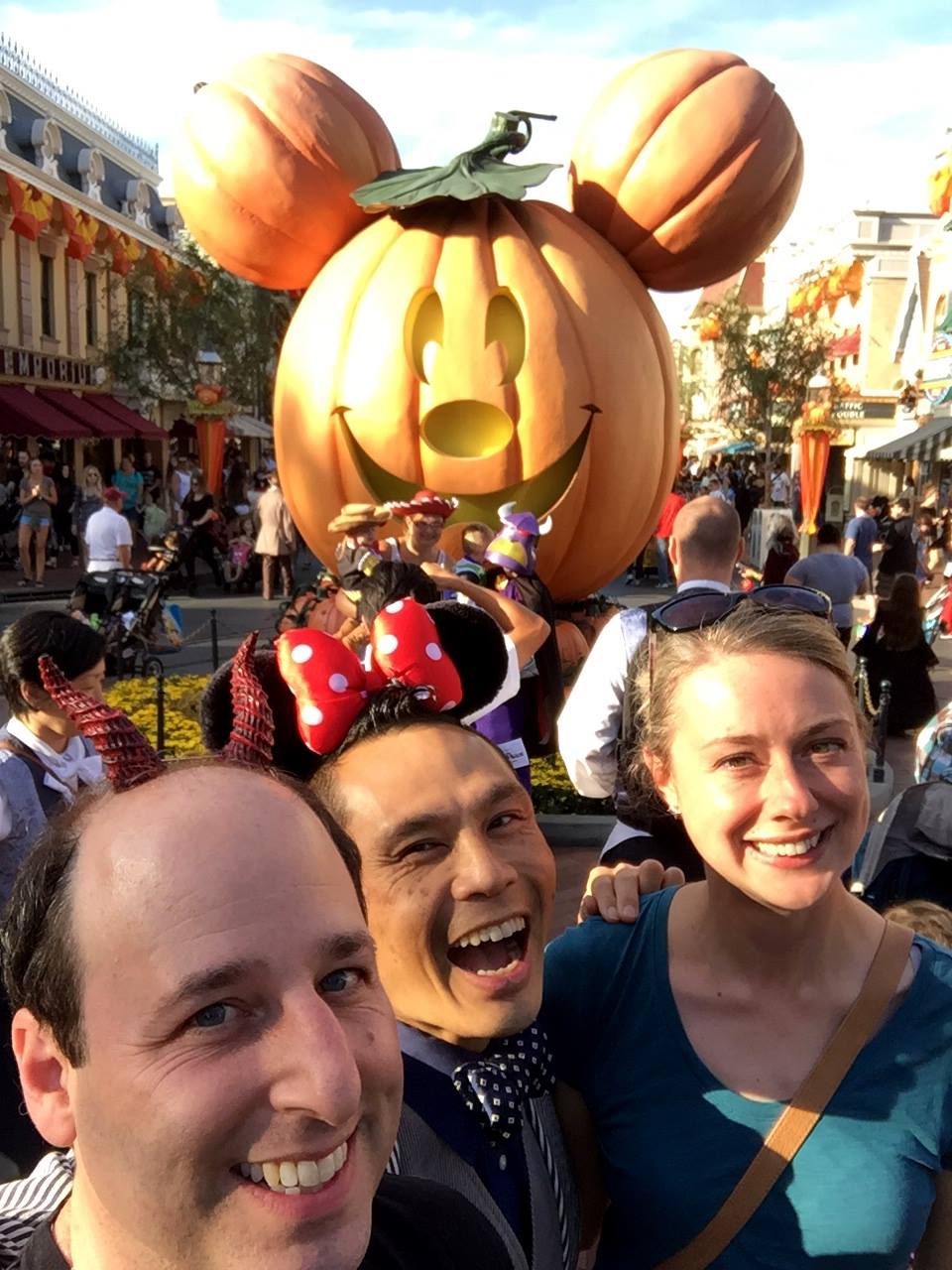