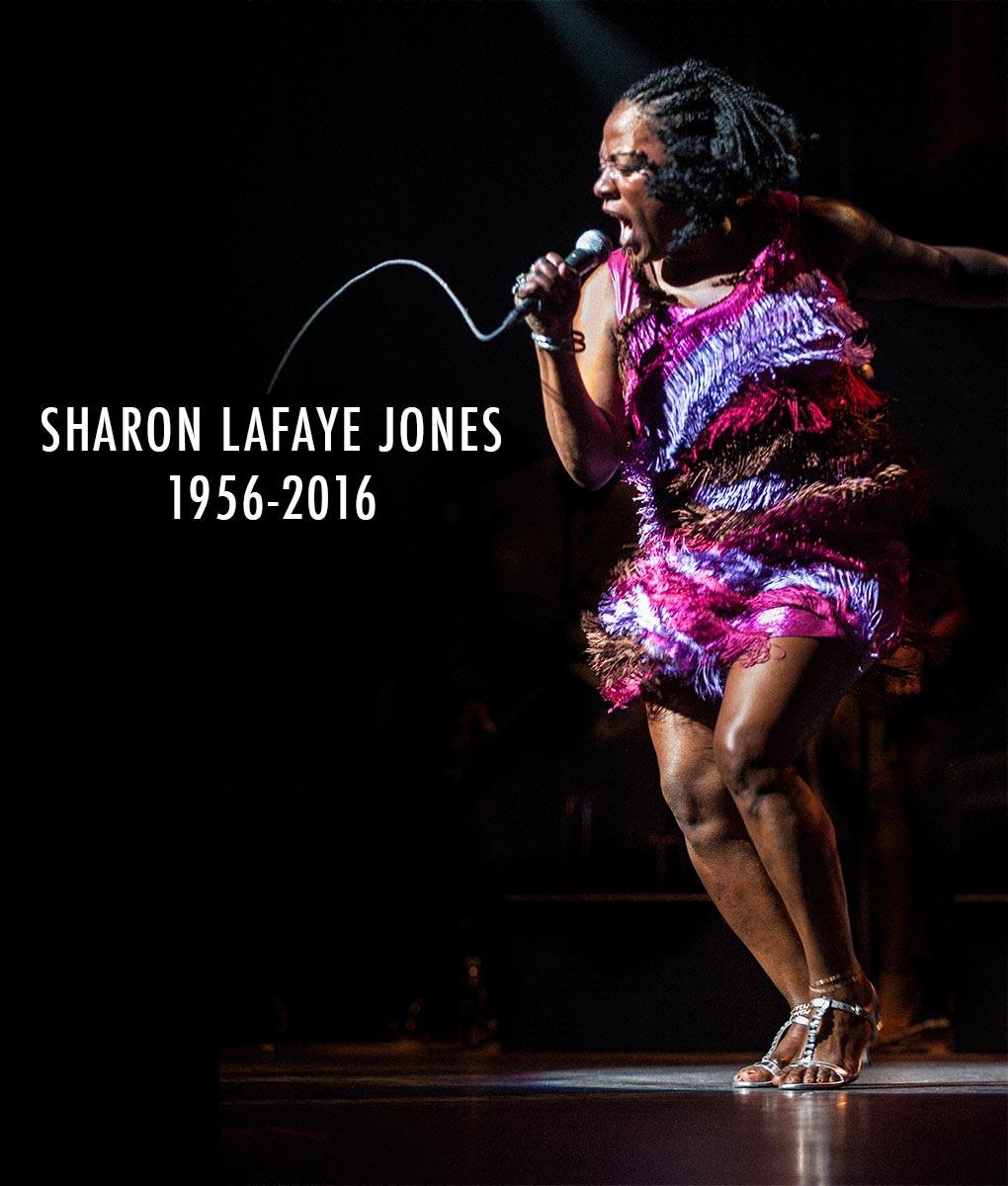 The great soul singer Miss Sharon Jones passed away yesterday, after a long, brutal and unflinchingly public fight with cancer. I’m just crushed by the news, at the tail end of a big bummer of a year. But I’m also inspired.
Who I am as a dancer — and a person — was significantly shaped by Sharon Jones.
Despite our differences, I (along with thousands of others) connected with her incredible origin story : a middle-aged prison guard at Rikers who wanted to be a soul singer, but couldn’t catch a break because she was “too old, too black, too fat, too short.” She persevered, found some good people who believed in her, and fought and strived till she achieved her dream.
I was introduced to Sharon Jones early in her career by some friends, around the time of her second album Naturally in 2005.  Back then, Sharon was still playing in local bars and clubs in New York City. You could dance right in front of the band, with Sharon singing a few inches from you. Inevitably, she would call people up on stage, particularly fans she recognized or people who were just feeling it. This has always been an key part of her show, to connect with and celebrate her fans.
At the time, I was dancing a lot of lindy hop and hip-hop, but still felt anxious and shy about being the center of attention. I didn’t jump into jams or cyphers, and felt very intimidated by performances and competitions. I danced alone in my bedroom a lot.
That started to change when Sharon called me on stage. The first time was in 2007, at the mother-effing Apollo Theater in Harlem, of all places. It was a ridiculously amazing concert, and I was dancing from the first note of the first song.
A few songs into her set, Sharon spotted me in the crowd, beckoned me on stage, and then proceeded to sing TO ME. There were a thousand people watching, but Sharon broke me out of my shell, exhorting me to pop, break, shimmy and slide. I just let it all out, for the first time. It was a transcendent moment. (Which was repeated when she called me on stage a second time later in the show.) 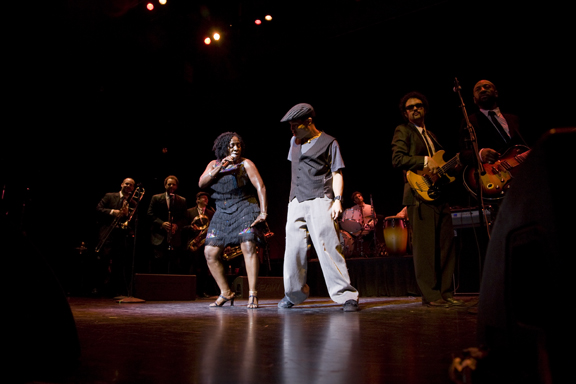 I thought it was a fluke, a once-in-a-lifetime moment of glory. But surprisingly, it became a regular part of my concert going experience when Sharon was in town. “Where’s Rik?” she would shout into the mic. Sharon would sing, I would dance, thousands would cheer.
Here we are at a concert in New York Central Park in 2008. 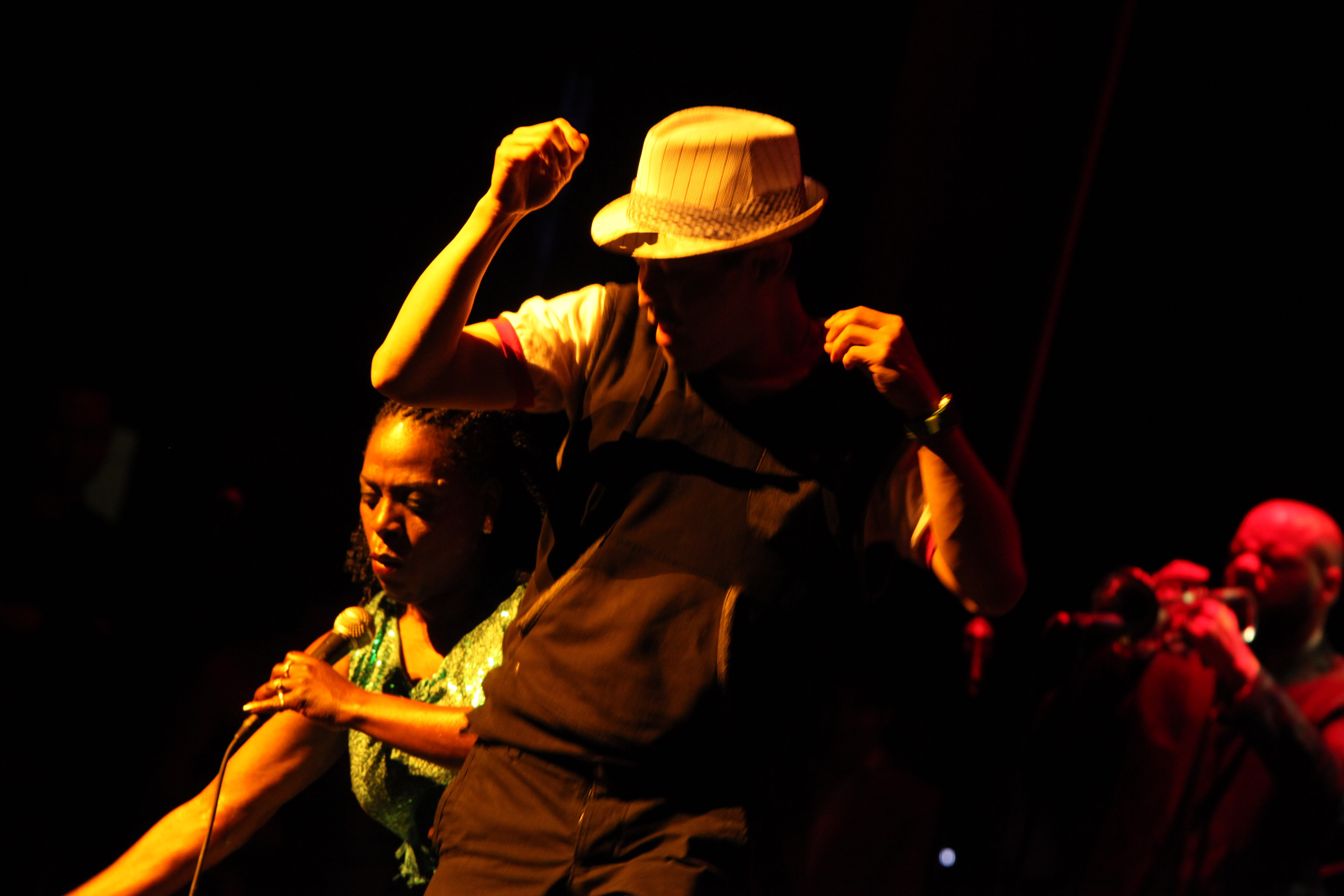 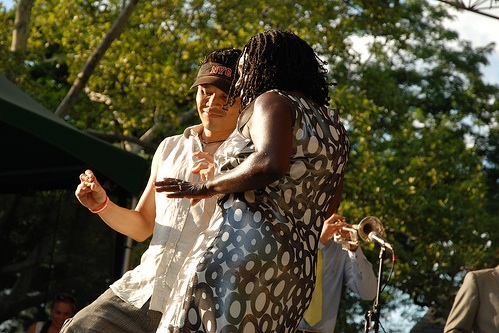 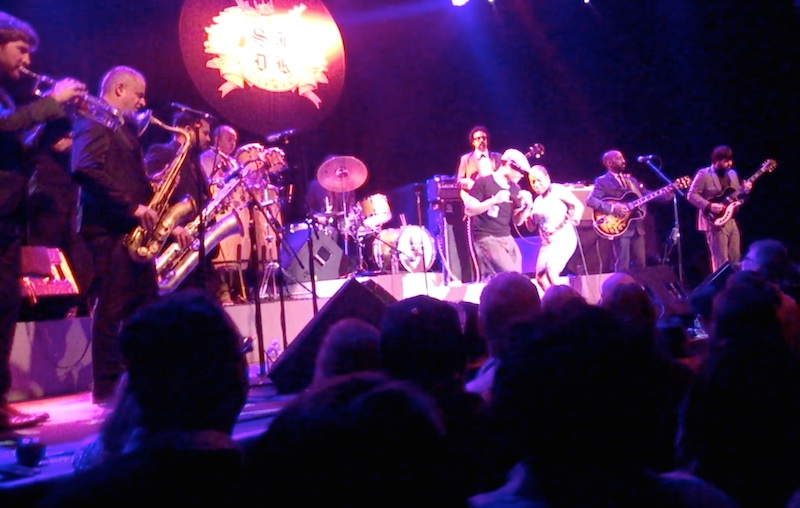 Sharon and I at the Fillmore in SF, 2015
After that happened, whenever I would start to freak out before a performance or competition, I would remember being onstage at the Apollo, and that feeling of just letting go, and my tension and fear would abate. Sharon led me to that breakthrough moment, and for that I’m eternally grateful.
I was not the only one. You could see in her true fans at her concerts what a profound effect she had on thousands of others. She drew the most diverse audiences of young and old people, people of all races, sizes, and mobility. When she performed, we danced and clapped and shouted and let her love wash over us. It was … spiritual.
Sharon and I were friends, of a sort. We’d hug and chat after her shows. She and I would message back and forth when she was in town for a gig.  Sharon would post on my Facebook wall, and  “like” the silly shit I would share, which my other friends were boggled by. She even called me once to apologize when she couldn’t hook me up with tickets to her show because she wasn’t the headliner. That’s how Sharon was to her true fans.
So when she was diagnosed with bile duct cancer in 2013, we were all floored. I wondered if I would ever see her perform again.
But she didn’t fade from the scene. Instead, Sharon led a very public and very vocal struggle against the disease. When she lost her hair from the treatments, she declined to wear a wig and performed bald, to show people what a cancer survivor looked like. “That’s part of my healing process,” she said in an interview with NPR. “Is to not try to hide the way I look, or stay away another eight or nine months until my hair grows back, or until I think I’m strong enough. And I think, also, maybe someone out there that’s going through cancer and that’s going through what I’m going through can see that life doesn’t stop, or sickness isn’t until death. You’ve got to keep going, because if you get into it, that’s part of the healing.”
The cancer lit a fire in her – her concerts were even more passionate, she pushed herself even harder on stage.  She continued to tour and put out two more albums, even as the diagnosis changed from bile duct to pancreatic cancer.
And on Friday, November 18, she passed away, surrounded by loved ones, including her band the Dap-Kings.
Yes, I  am in mourning for the loss of Miss Jones from this world. But I’m also so so grateful for all that she brought to my life — her bravery, her fierce drive to achieve her dreams despite many setbacks, her passion for music and dancing, her generosity to her band and her fans. She was a dreamer, a fighter, a diva, a queen, a preacher, and a healer. I dedicate myself to paying forward what she left to me. 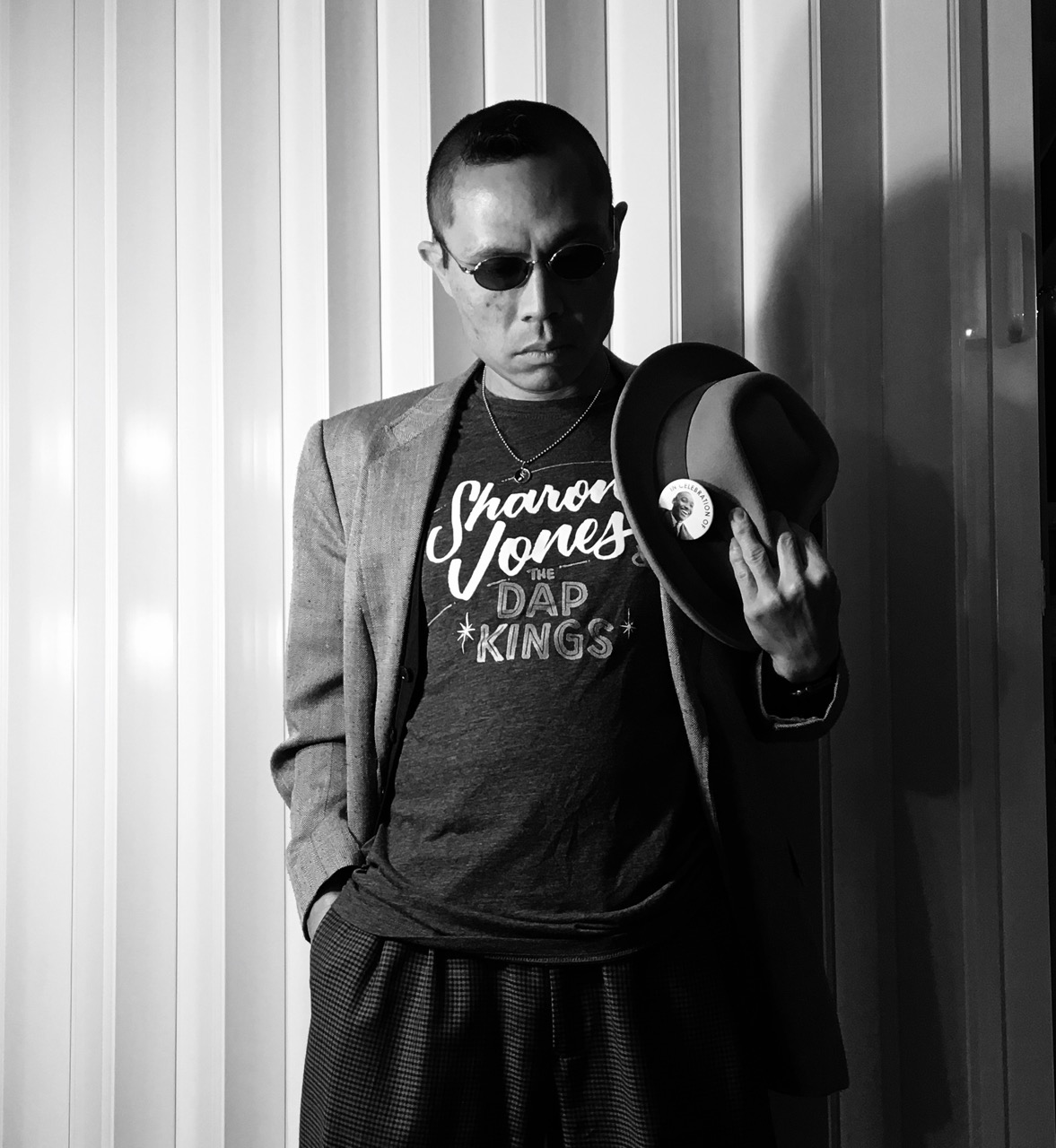 You can learn more about Sharon Jones, her music, and her fight with cancer, in the wonderful documentary about her that came out last year, “Miss Sharon Jones.”