Hanah and I started the first leg of our epic South African adventure in the mega-city of Johannesburg. Home to a rich mix of 4.5 million blacks, "coloureds" and whites, Joburg is a much cooler place than I anticipated.

We arrived early in the morning on a Sunday to the very popular hostel Curioucity Backpackers in the Maboneng precinct, just east of the city center. It's a funky, well organized hostel, with a large common bar area, kitchen, veranda, and patio. The staff there were super friendly and accommodating, despite the place being fully booked. Hanah enjoyed getting to do her yoga in the patio area, while I took advantage of the kitchen to bust out my coffee kit and make a cuppa joe exactly the way I like it.

After settling in, we headed off to the Sunday market just a few blocks down. It's a fantastic foodie paradise in there, with artisanal chocolate, a crepe stand, cappuccino bar, and food from every continent. I counted Mexican, Portuguese, Indian, Japanese, French, American, and South African cuisines being served. I was famished, so ordered a South African style hamburger with lamb that was enormous and so delicious. Hanah grabbed a "bunny chow", which is a hollowed out loaf of bread filled typically with some kind of Indian curry.

Upstairs in the enormous market place was a bunch of tempting clothing, crafts and gifts being sold in small stalls and shops. It was tempting, but on our first day we were being a bit frugal.

The Maboneng precinct is an up-and-coming neighborhood that is part of a larger revitilization effort in Joburg. We learned more about it at the Museum of African Design that had a great exhibition on local urban planning. The small neighborhood was full of local shops, cafes, and services designed for hip visitors and locals. All around it, new apartment buildings are being built, advertising vacancies. We walked up a dozen floors to go to rooftop party at one of the buildings, for stunning view of the city, a DJ providing an appropriate urban soundtrack.

We finished off our first night, having dinner at a local South African spot, Pata Pata, that featured a live band playing Afro-pop. I had an incredibly delicious plate of Portuguese style whole roasted chicken. I've clearly lived too long to not have had Portuguese chicken before, with that spicy peri-peri sauce. Damn.

The next day, Hanah and I headed off to the Apartheid Museum to learn about the country's tragic and inspiring past. It's a very beautiful, contemporary building, set in the south of the city. The story of apartheid and efforts to end it is an incredibly complicated and difficult one. But the museum managed to weave together the many strands of the story, spanning several hundreds of years and a huge cast of characters, incredibly well. Hanah and I didn't have that much time to spend there. But in an hour and a half, we knew so much more about what the apartheid system was, where it came from, and the various actors fighting to end it.

After that intense morning, we headed off to downtown Joburg to the Carlton Center, a huge commercial building with the tallest tower in the country. Wandering around a shopping mall and seeing the vibrant, diverse life of the locals was a reminder of how far South Africa has come in a very short time. We strolled down Main Street, past reminders of its mining history and government institutions, ending up at the Chancellors House, were Nelson Mandela practice law as a young lawyer.

We walked from there north to the Braamfontein precinct, a bustling student area surrounding local universities and schools. Passing through an Indian and muslim area, we found spots serving halal meat, spice shops and hookah bars. And then we were in Braamfontein, surrounding by hip young South Africans. We shared Turkish coffee and pastries as college students took selfies near a colorful Braamfontein sign. We of course had to take one too. 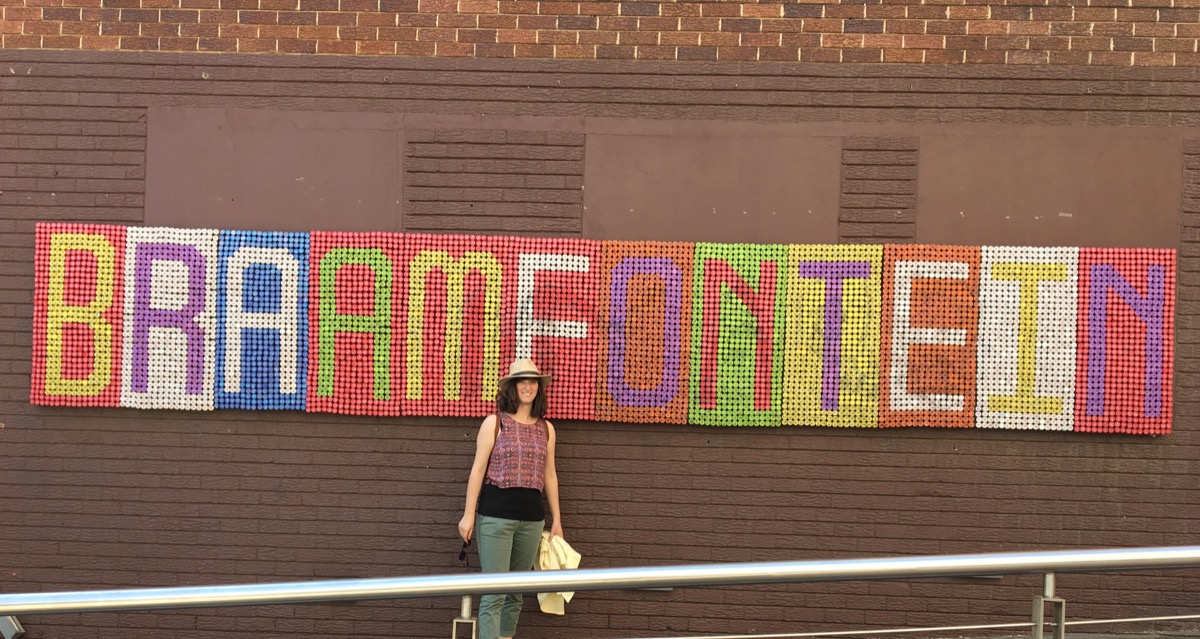 After a long day of walking, we headed back to the hostel to have dinner with other guests, for some socializing time. Hanah crashed out for the night, while I ventured out alone looking for the local urban dance scene.

The only spot that looked promising that I could find was a party called Ampersand in the Newtown neighborhood. Ubering out alone, to a place I had never been, and being let out into a dark side street was kind of intimidating, I have to say. But the club was easy to spot, and looked like the entrance to dozens of other clubs I had been to, with an intimidating pair of doormen, a velvet rope, and a hard-to-read sign.

I went up to one of the doormen, expecting to get IDed. Instead he says, "phone" and holds out his hand. I don't know what he expects. Maybe you show him a pre-purchased door ticket on your phone? But I hand it over and he affixes a small sticker over the camera lens. "No photos in the club," he explains, and lets me in. Nice! I approve of this club policy so much.

I pay the modest cover and come into the club. It's a really cool spot, an outdoor patio area leading into a medium-sized bar and dance floor. The DJ booth looks legit, with a killer sound system booming up the joint with funky house, hard house, and disco. The floor is real wood, smooth and even slightly sprung.

But I'm basically the only one there.

The party was listed as starting at 9pm, and I'm there at 10pm, like an idiot. Sigh.

Two hours later, people start to trickle in. But they are mostly of the fist pumping, beer drinking, cigarette smoking variety. Not my people. It's extremely frustrating, as as dancer, to being in a joint with fresh tracks and a smooth dance floor, and have no other dancers there. At around midnight, I decide to throw in the towel, chalk it up to an interesting experience, and head for the door.

And then like a movie, a half-dozen dancers straight out of a Benetton ad show up and start busting out on the dance floor. My people! We house, vogue, waack, and freestyle together for a blissful hour or so. I head back to the hostel tired and happy.

Our third day in Joburg, we were scheduled to fly out that afternoon. Hanah wasn't feeling too well, so we just chilled in Maboneng. We shared a delicious and ridiculously cheap Ethiopian meal together that cost less than the croissant and espresso I had for breakfast. 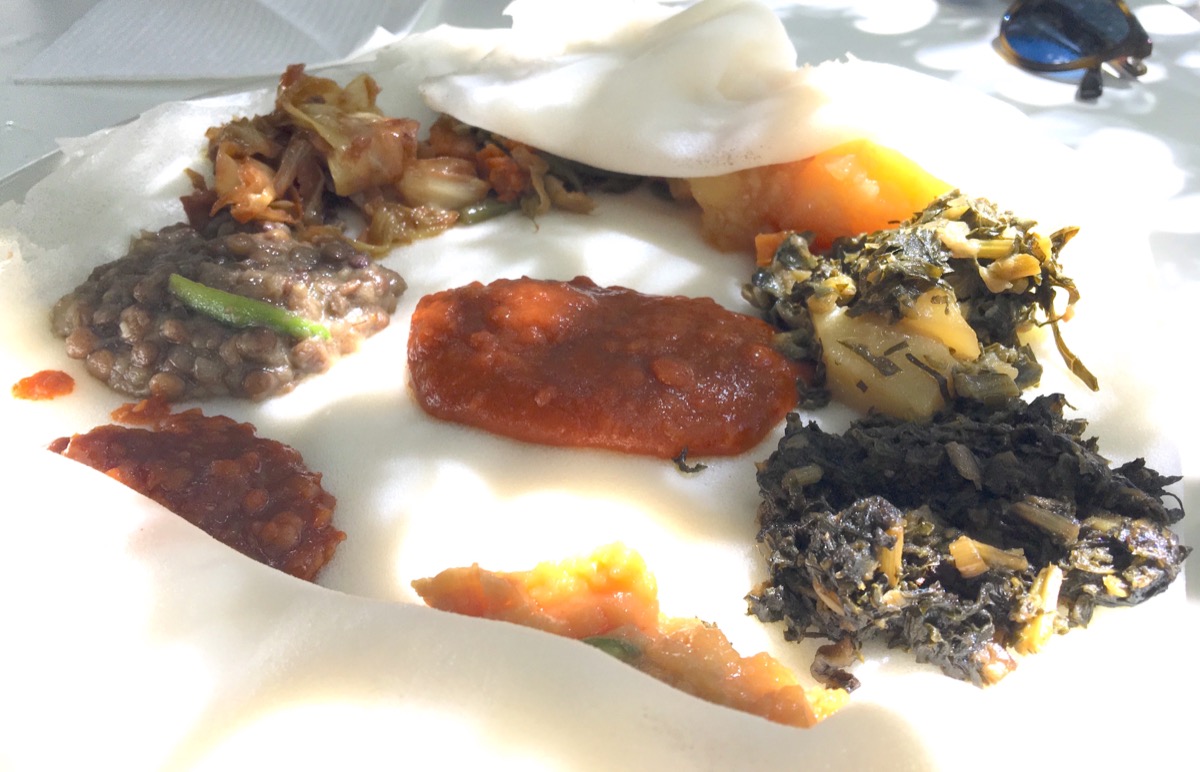 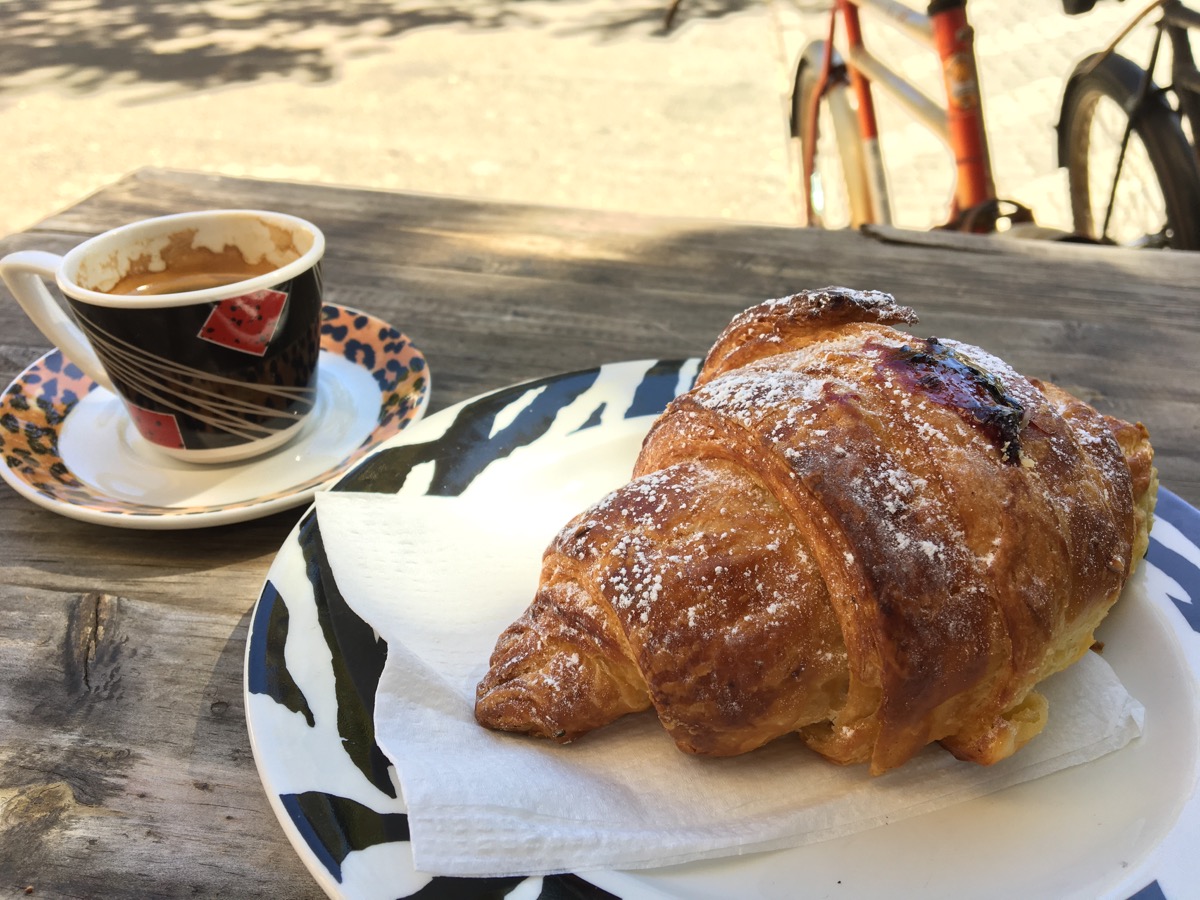 And then we headed to the airport for the next leg of our adventure.

I'm so glad that we had a few days in Joburg before heading off to Cape Town. I've only just arrived, but I can tell this a very different city and vibe. I'm excited for what's to come! 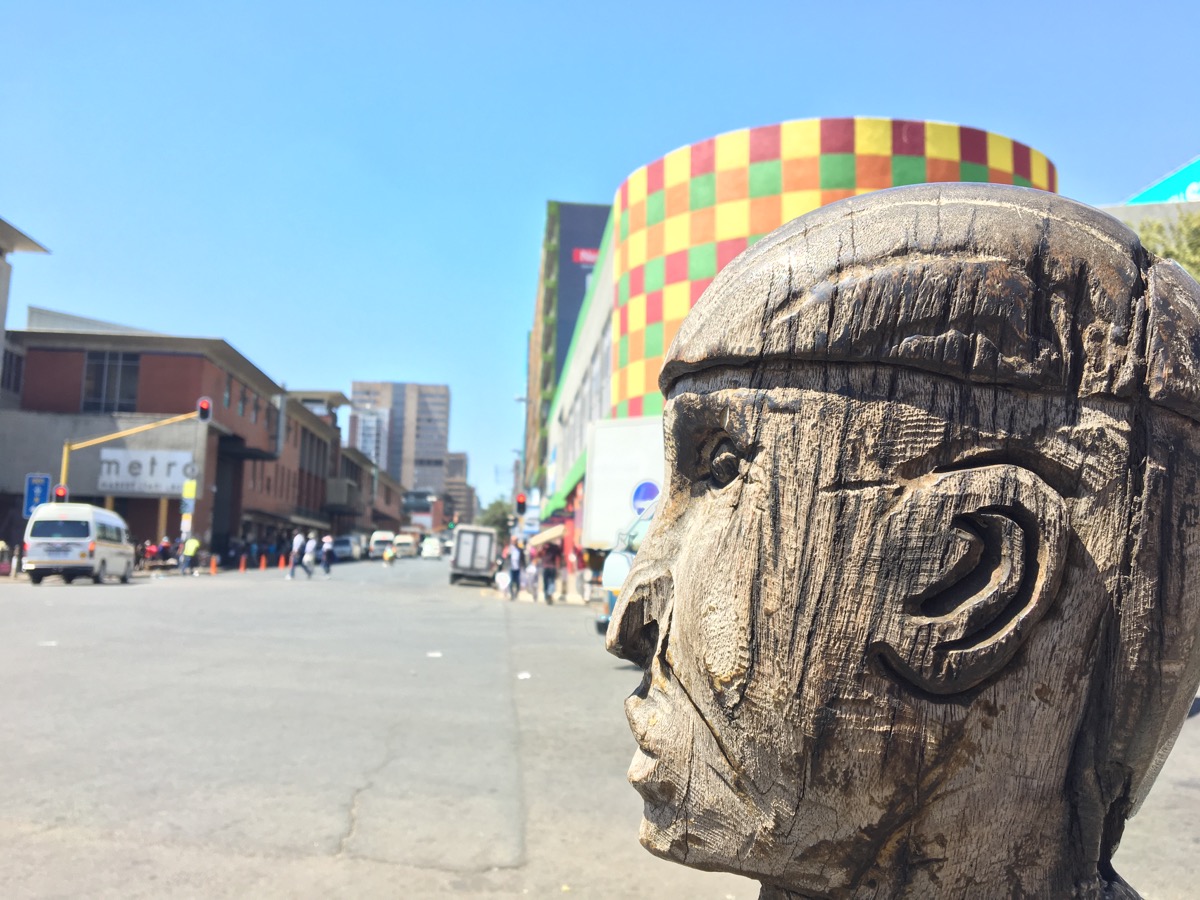