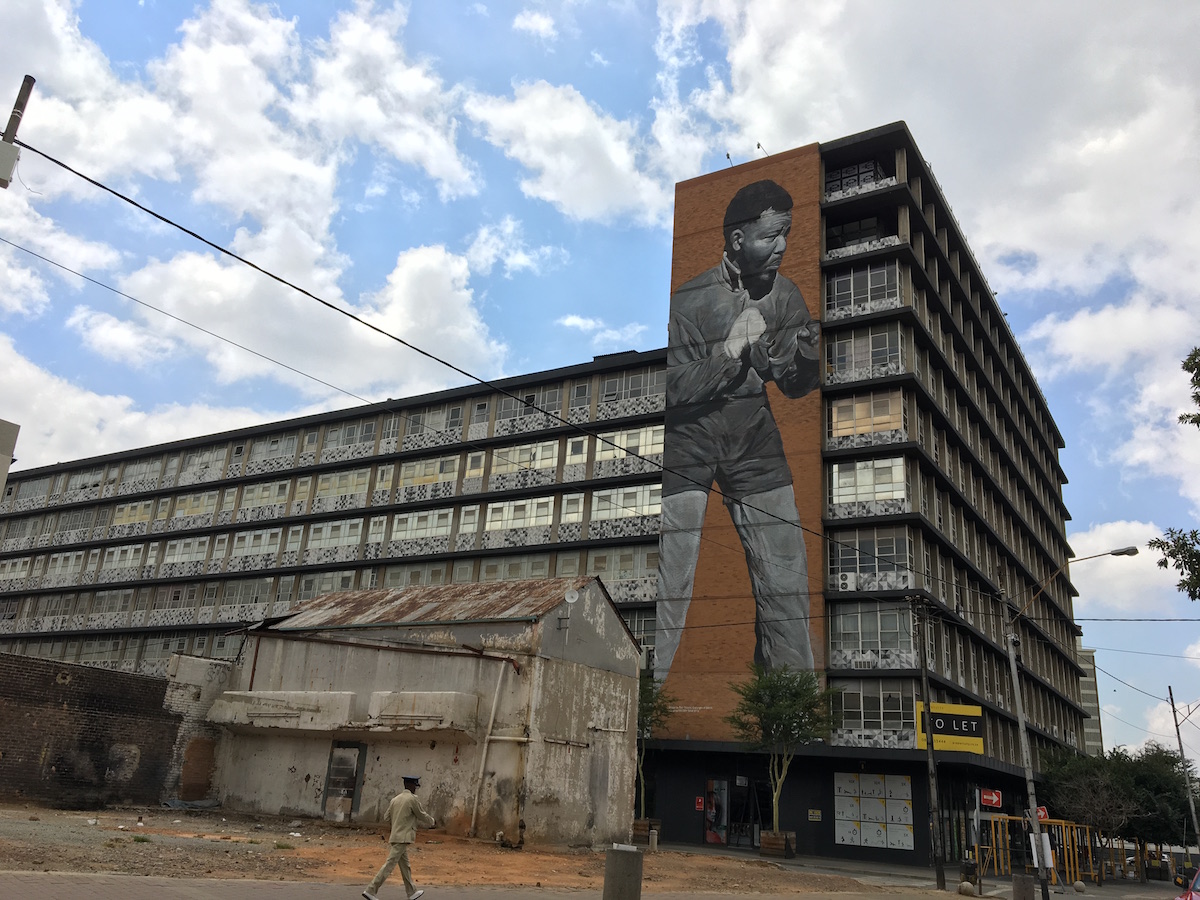 I knew a little about South African politics and Apartheid before coming there. But being there in person brought home the brutality of Apartheid and the continuing challenges South Africans face as a multi-racial society. 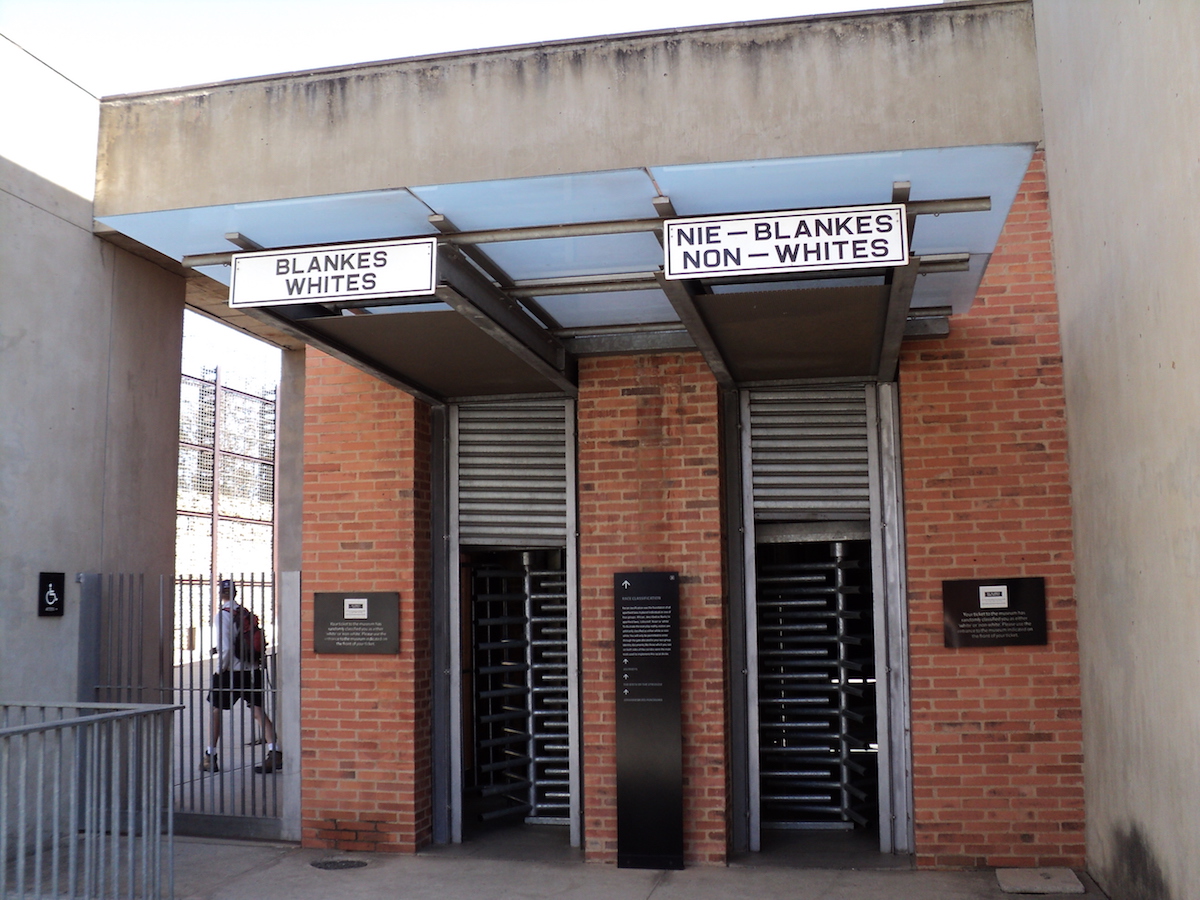 On our second day in Johannesburg, we visited the Apartheid Museum. The museum presents in rich and compelling detail the complicated story of the roots of Apartheid, how the racist system was built, and the long fight to dismantle it by the ANC and many other actors. It’s an overwhelming story, told through multiple voices, and in various ways. You can choose to go through a more expedited pathway marked by black signs, or a more detailed exploration, marked by grey signs. It’s hard to get through in under two hours and feel like you gained any understanding of the subject.

The museum curators did an amazing job presenting a sensitive and still controversial topic, both for locals and visitors to understand. I can not imagine such a museum existing in my own country, on a topic so raw and emotional and recent. 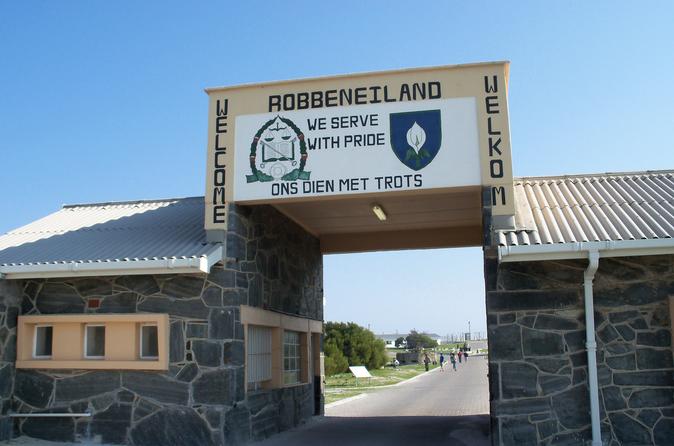 One of the most notorious historic sites in South Africa is Robben Island, which we had an opportunity to visit on our fourth day. Robben Island is a former prison facility off the coast of Cape Town where political activist and attorney Nelson Mandela was imprisoned for much of his 27 year prison sentence.

We were led on one of the most powerful tours of a cultural landmark I have ever been on. Our guide was named Sippo, a former political prisoner on Robben Island, serving time alongside Mandela and other political activists. Being on the grounds of the prison where he was kept for so long, hearing his story of survival and endurance was just incredibly moving. I’ve never had a tour of place led by someone who was so directly involved in the historic events that happened there. 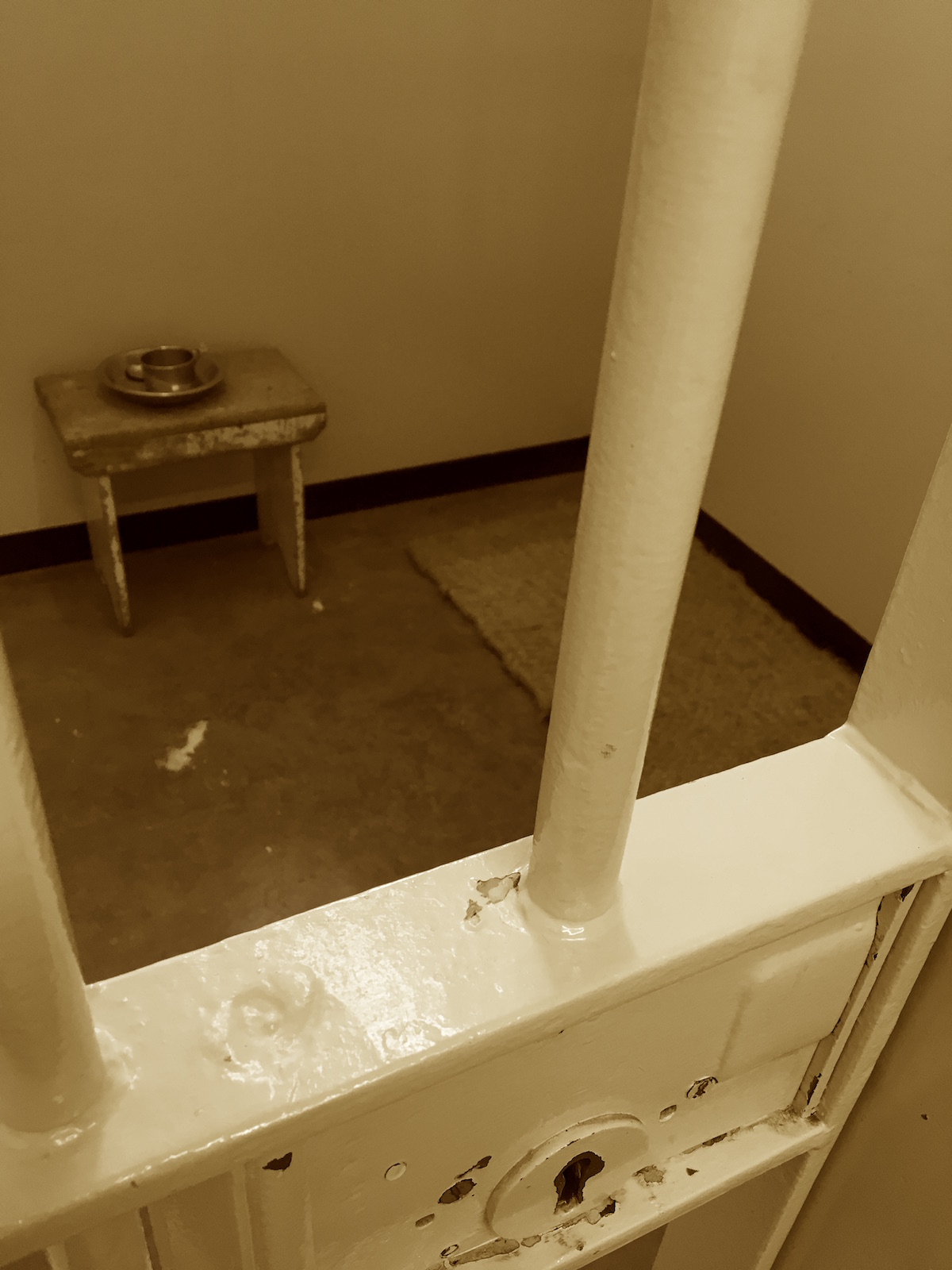 Sippo spoke slowly and with a deep bass that commanded your attention. He recalled the circumstances of his incarceration, his trial, and what it was like to be imprisoned there, even in solitary confinement. He led us through the section where political prisoners like Mandela were kept, spartan and still frightening. We learned the ways that prisoners supported one another, creating make-shift schools to educate each other, making music, playing sports, reading books, and getting glimpses of the outside world from smuggled-in newspapers.

The most glaring example of this was a small town festival we ran into on one of our last days there called (I think) “Lekkerland.” This was basically a festival for white people in the middle of a Black-dominated region near Kruger Park. There was a crowd of white families enjoying food stalls, wine stands, live music, and bouncy houses for the kids. Everyone there partying was white, everyone serving them was Black. I asked our Black driver about how he felt about it. “The Black people can party in the townships,” he replied, with a sarcastic laugh.

On a more personal level, it was weird being in Africa for a lindy hop festival, celebrating a dance created by African-Americans, where pretty much all of the dancers there were white. As I understand it, the local Cape Town lindy hop scene has had a hard time recruiting Black South Africans to come to classes and dances. I think I only saw one or two Black South Africans participating in the entire festival. That’s pretty discouraging.

Of course, we face the same challenges back home in the States with our own scenes.

Hanah and I did note places where we saw more diverse crowds of people hanging out — at the hipster “Market on Main” in Maboneng, in the college section of Braamfontein, drinking in bars in the upscale Melville neighborhood — all in Joburg. We saw fewer examples of this in Cape Town. This group of girls studying together at a Joburg mall touched me a lot. 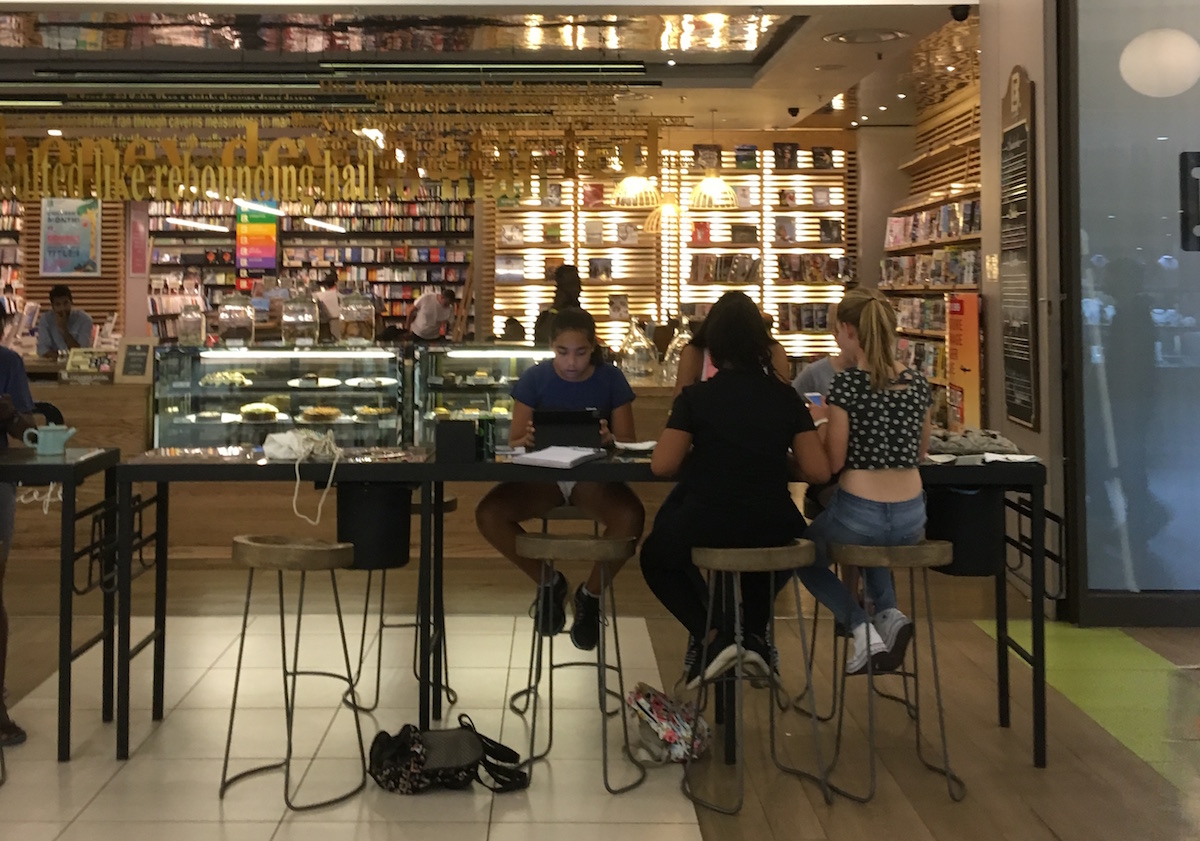 On a more positive note, I met many South Africans — Black, white, and others — who seemed genuinely proud of their country and felt optimistic about the future. South Africa is truly a gem of a country, one of the most amazing places I’ve ever been. I’m so glad I got the chance to experience it.