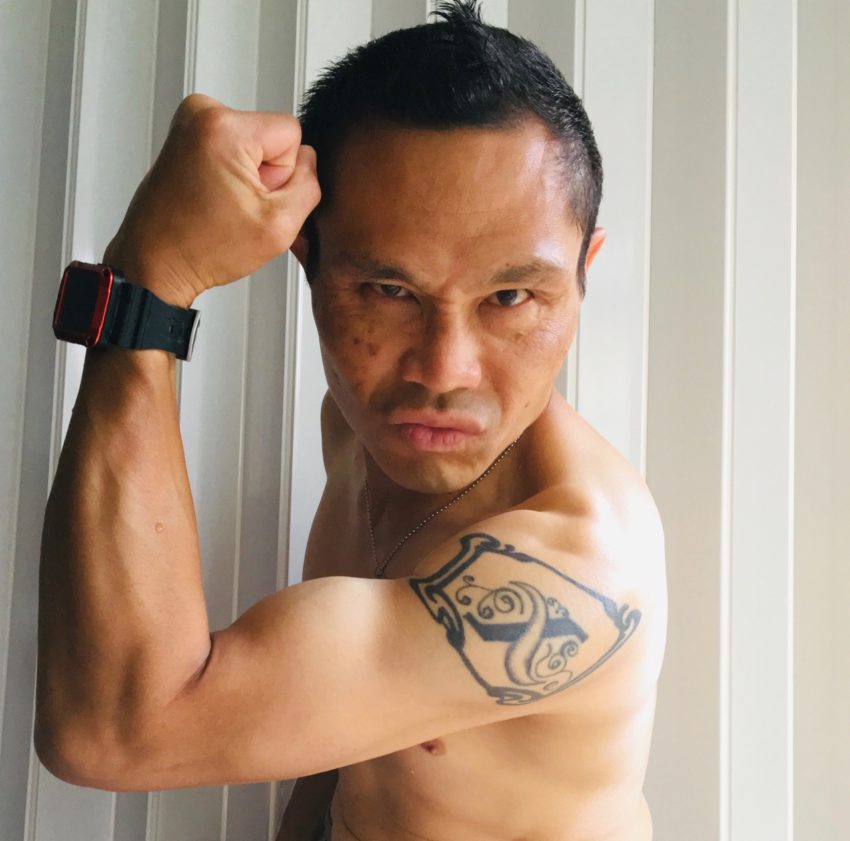 About a year ago I added rock climbing to my regular workout regime. After going on a few sessions with my co-worker Jeff, I bit the bullet last September and signed up for a regular membership at my local climbing gym Planet Granite. That was one of the best decisions I’ve made in a long time.

My rock climbing sessions have become one of my favorite times of the week. There’s just something so fascinating about the physical, mental and emotional challenge of climbing that I love so much. When I’m not climbing, I catch myself thinking about routes I’m working on, replaying them in my head, imagining new solutions. I can’t wait to get back on the wall to try my new “beta” or knowledge.

Really there’s nothing like the exhilaration of topping (or “sending”) a route that you’ve been working on for a few sessions, or a few weeks. When you’ve figured out the beta of a route, that once seemed so daunting, it’s just the best feeling. Here’s a route I just topped that was a ton of fun.

After a year of climbing, I feel like I’ve just unlocked a new level of confidence and ability. Routes that looked just unimaginably hard a couple of months ago, I can look at and detail how I would tackle. I know the things I’m improving at (sequencing moves, foot placement, using my hips), and the areas I’ve still got a ways to go on (finger strength, dynos, flow.)

If you’ve got a challenging day ahead of you, there’s nothing like getting up early and climbing a fake mountain to make you feel like you could take on the world! 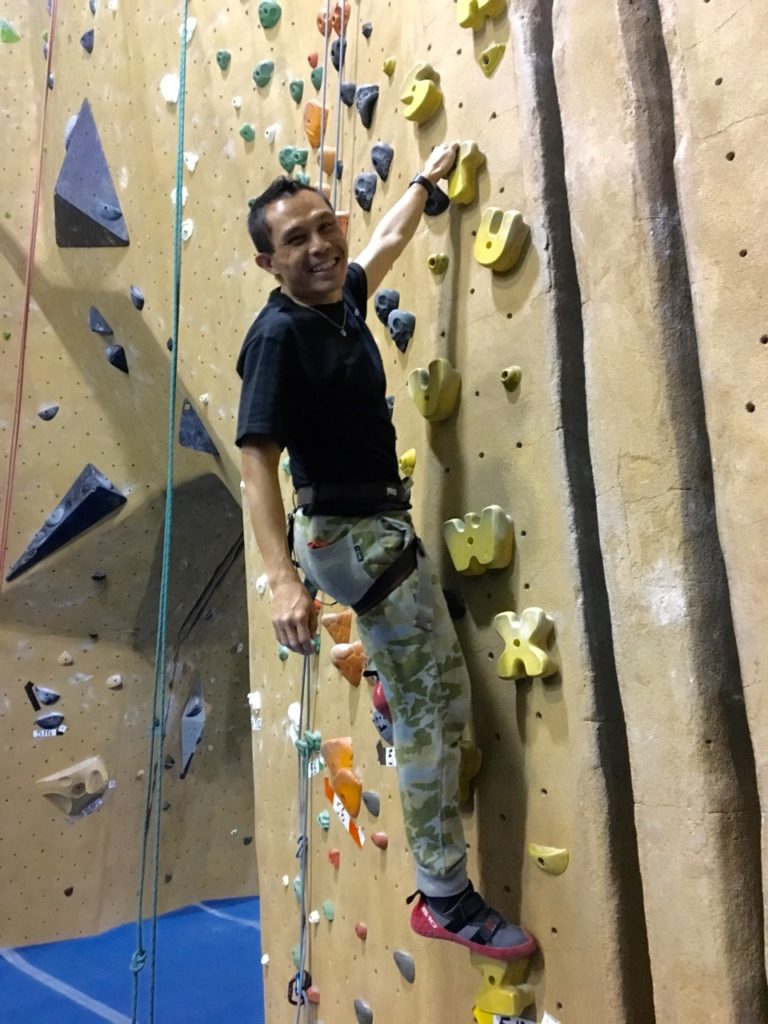 I also am starting to connect to more people at my gym. I used to think of bouldering as primarily a solitary activity, since you are of course doing it alone. But I’ve realized that most climbers like to engage with each other, particularly when you are working on the same problems. It’s pretty natural to strike up a conversation, since you are typically sitting on the pads tackling the same wall, probably thinking similar thoughts.

“Damn, I would have never thought of that beta!” “Thanks, I’ve been working on that for awhile.”

I’ve started assembling my regular crew of climbing buddies, which is really nice. We help each other find beta, cheer for each others sends, and commiserate about hard problems we can’t figure out.

I also rather obsessively watch videos of people bouldering. There are innumerable YouTube channels of rock climbers that are tempting time sinks. If there’s a big bouldering competition posted online, you can kiss those two hours of my day goodbye.

On the health side, I definitely feel stronger, particularly in my core and upper body. I used to experience sore shoulders a lot from my other activities, but rock climbing has totally solved that by increasing my shoulder strength and flexibility. My stamina has improved, where I can climb for a couple of hours and feel fine afterwards.

It’s not all rosy of course.

In March, I got an A2 pulley strain on my right middle finger that took me out of commission for awhile. Apparently this is the most common rock climbing injury. Luckily, I’ve been injury-free since then.

My hands are another story. They basically ache all of the time. Other climbers my age tell me that they regularly take Ibuprofen or Aleve before they climb to mitigate against the finger achiness. It’s pretty annoying.

The calluses I’ve developed on my hands are another mixed blessing. It’s great having the increased skin durability to protect me from the abrasion of the holds. But my hands are just hideous. 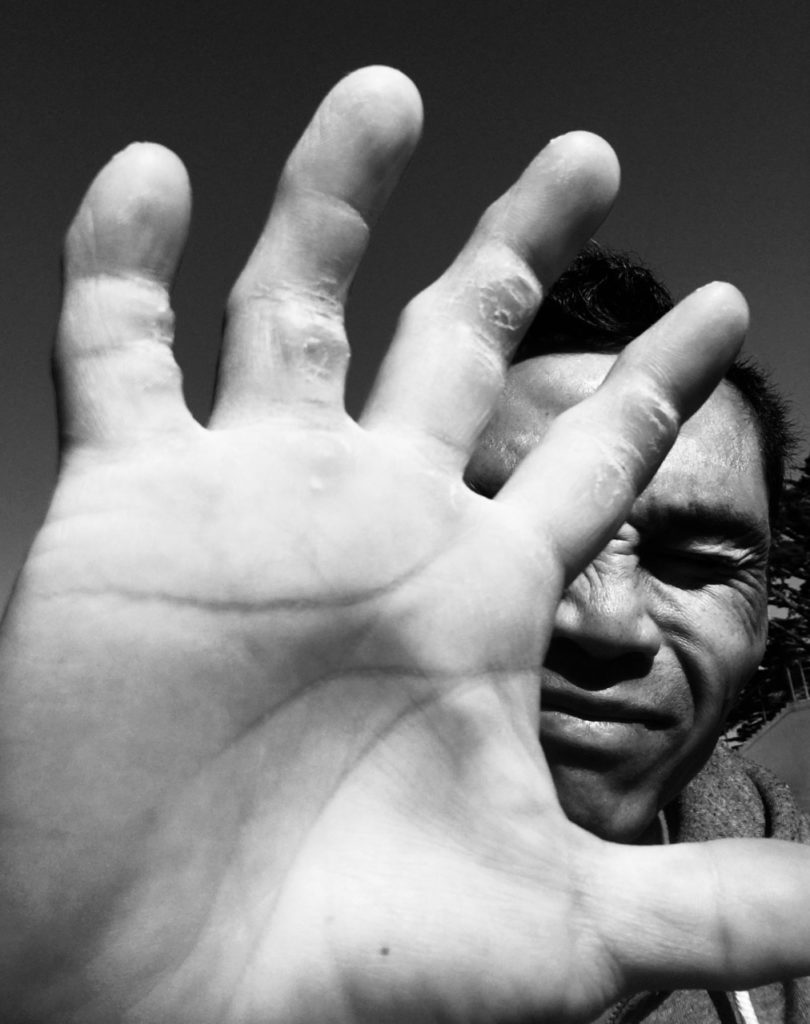 But that’s a small price to pay for the fun, satisfaction, and health benefits of rock climbing. I’m so happy I’ve found this new hobby, and hope I can keep doing it for a long time.

Now my next goal is to get outside and climb some REAL rocks. 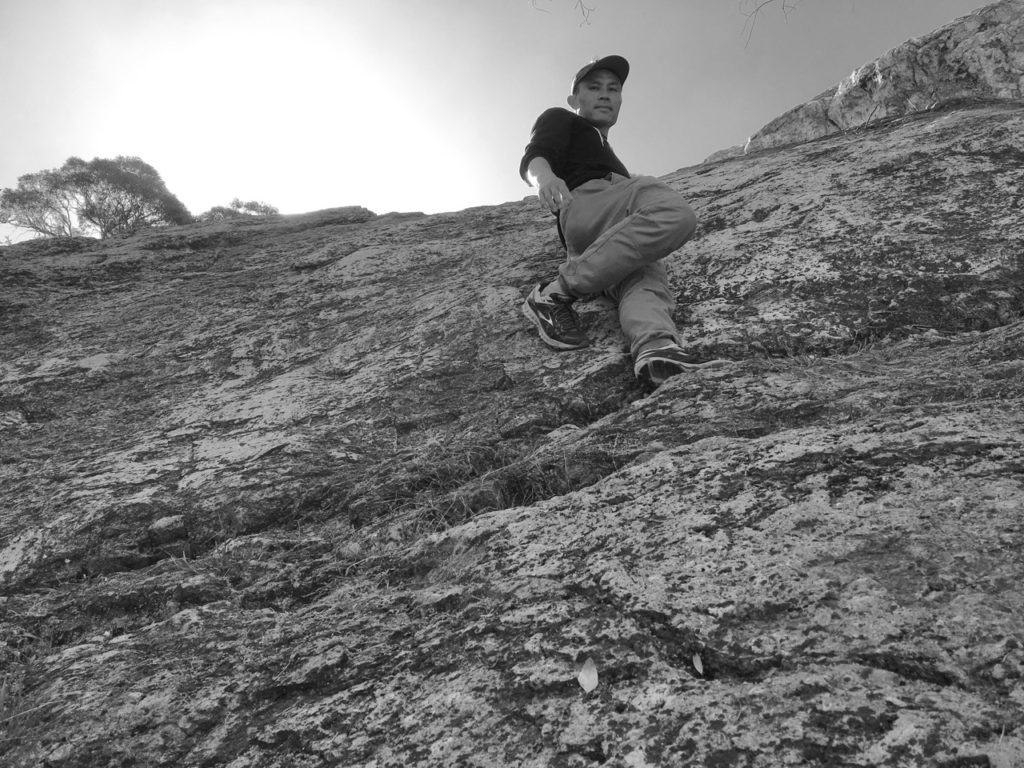