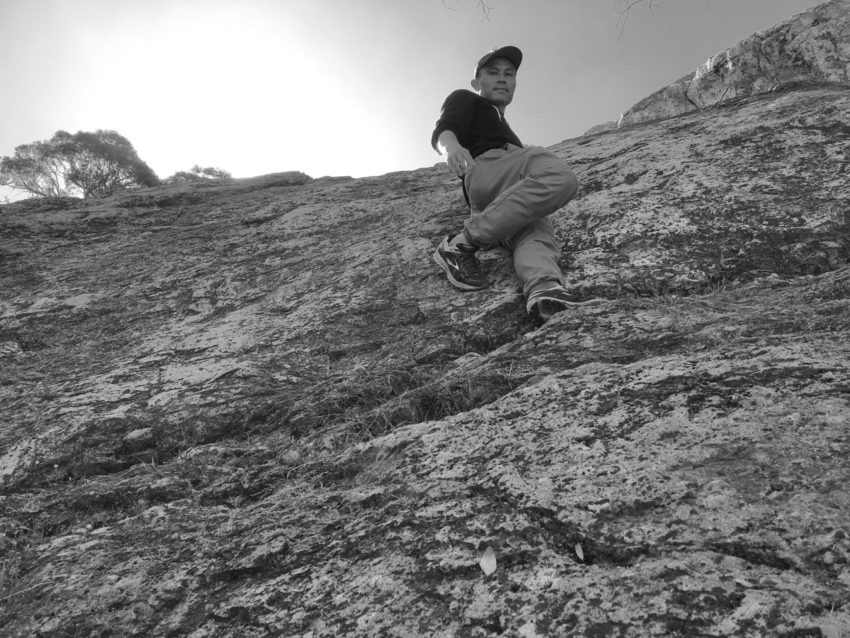 I  just remembered today that I had been outdoor rock climbing once, several years ago. And it was kind of a disaster.

I was in my late twenties living in New York City. One summer, I had met a lovely woman at a Quaker gathering who took a shine to me. She invited me over to visit her in Upstate New York to go rock climbing a few weeks after the gathering. A rock climbing first date? Sure, why not?

I think I had not realized how technical and complicated top-rope rock climbing was. The harness, knots, techniques, and safety precautions all intimidated me. But she assured me that at the very least I could belay her, even if I didn’t climb. She gave me a quick lesson at her house, and then we were off to the rock.

The actual rock we were to ascend looked pretty intimidating to me.  At the time it looked like a sheer wall that went straight up, with a few tiny holds and cracks. I wonder what that rock would like to me now, if I were to visit it?

My companion went up first, with me belaying her. I think I did a poor job of it, because she was only a few feet off the ground when she got nervous and came back down. I didn’t I feet confident enough to climb myself. Frankly the whole situation felt awkward to me.

I took the long train ride back home feeling disappointed in myself. We never went out again.

Now, many years later, I’m a pretty experienced indoor rock climber. I have yet to tackle a real rock in the real outdoors, but I’m excited to try.

I wonder what became of that woman. I hope she is well and has found a partner, in both life and climbing.