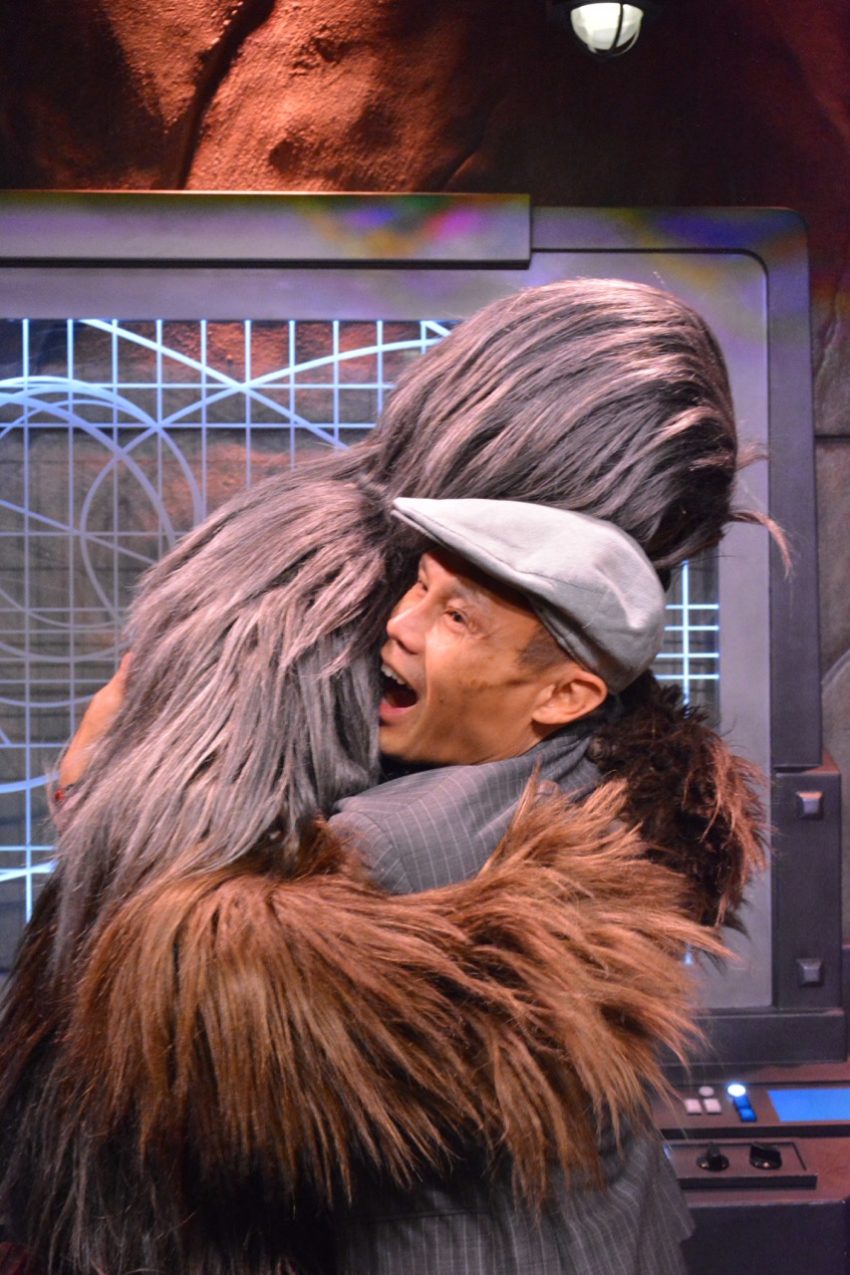 So I woke up yesterday to a video message in my in-box from Joonas Suotamo, the Finnish actor who for the past five Star Wars films has been playing the iconic character Chewbacca!

This was a very special thank you message from my good friend Barry Joseph. Sadly, Barry’s father recently passed away, and I helped him organize a virtual funeral and shiva visits from his father’s family and friends. Only Barry, in the midst of his own grieving, would think of such a thoughtful way to thank people who helped out his family.

More from Joonas on getting to play Chewbacca.

Both of these videos were arranged through a really cool service called Cameo. Cameo is an online platform where anyone can commission a short video message from a large selection of actors, singers, athletes, and other celebrities — from C-listers to some very well known personalities like Sean Astin, Doug E Fresh, and Brett Favre.

Prices go as low as $20 to a still quite reasonable $350 for Gary Busey. And as you can see, the videos are personal, well-delivered, and good quality.