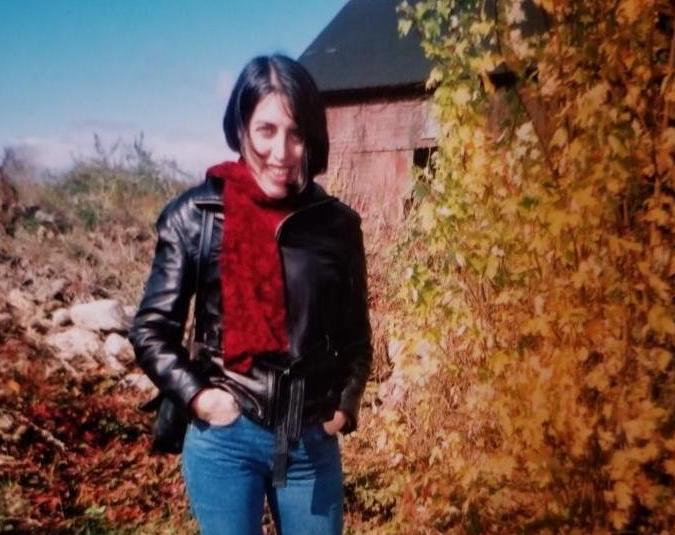 Earlier this month, one of the original Yehoodites, Anne Bernstein, (aka “Caledonia” on the message boards) passed away, after a long battle with Parkinson’s disease. Anne was a Brooklyn-based lindy hopper, cartoonist, and television writer.

I only knew Anne Bernstein a little. Anne was part of the mob of lindy hop fanatics that I ran around New York City with in the late 90s / early aughts. I remember having the most fascinating conversations with Anne when we weren’t dancing together at Windows on the World, the Louisiana Bar & Grill, or the Piano Store. She had a funky, artsy, retro vibe that didn’t feel put-on or showy – just genuinely her.

Anne and me dancing in the Easter Parade, 2010

I knew that Anne was on the writing team for the hit animated show Daria on MTV, which seemed like the coolest job ever. One time, Anne told me that was trying to get lindy hop on the show, and the challenges she faced trying to get the animation team to represent the style and the dancing properly.

You can watch the full episode on MTV.com.

Of course, Anne was more than just a TV writer. She was, by all reports, good people. Here’s what a couple of her friends shared with me.

She spoke fluent French, and we met up in Paris in 2000, where we went swing dancing one night. She loved Bastille Day celebrations, at the Pierre Hotel and in Brooklyn, her neighborhood. Any chance to dance and have fun!

Anne was totally genuine. Never a show off, never boasted. She was so funny and smart, but she made me feel like I was funny and smart. You know when people are like that?

Anne was a friend I met on the swing scene because she was a friend of a friend and then we became friends. She even wrote me into her swing episode of “Daria.” It was very brief, but nice. She will be missed by a lot of people whose lives she touched with her knowledge and special brand of humor.

Here are some tributes by other folks she worked with that are worth checking out:

Thanks, Anne for the dances, the laughter, and the light that you shared.