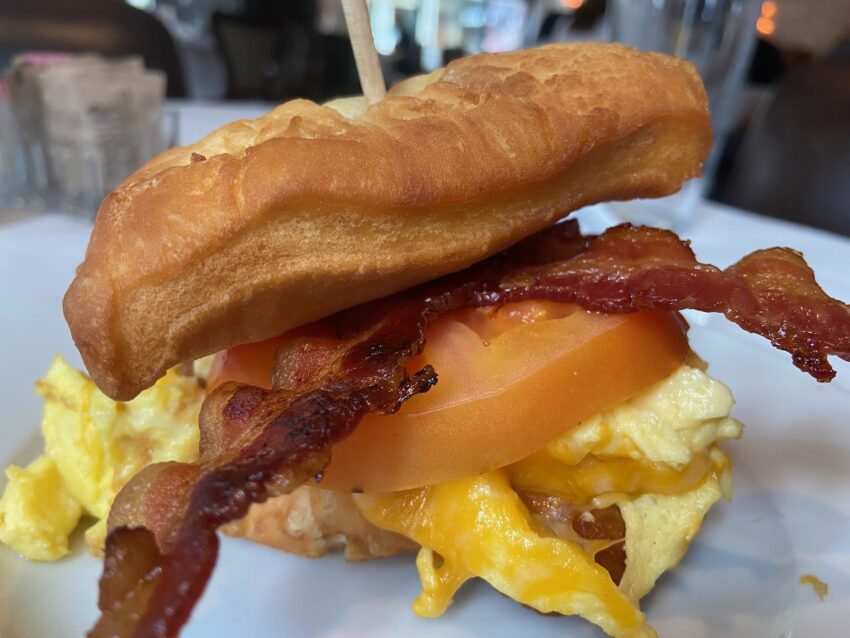 Salman Rushdie wrote this remarkable essay just days after 9/11 in 2001. I think of it often. Particularly this line:

The fundamentalist believes that we believe in nothing. In his world-view, he has his absolute certainties, while we are sunk in sybaritic indulgences. To prove him wrong, we must first know that he is wrong. We must agree on what matters: kissing in public places, bacon sandwiches, disagreement, cutting-edge fashion, literature, generosity, water, a more equitable distribution of the world’s resources, movies, music, freedom of thought, beauty, love. These will be our weapons. Not by making war, but by the unafraid way we choose to live shall we defeat them.

The full text of his essay is replicated below:

In January 2000 I wrote that “the defining struggle of the new age would be between terrorism and security,” and fretted that to live by the security experts’ worst-case scenarios might be to surrender too many of our liberties to the invisible shadow-warriors of the secret world. Democracy requires visibility, I argued, and in the struggle between security and freedom we must always err on the side of freedom.

To this bright capital of the visible, the forces of invisibility have dealt a dreadful blow. No need to say how dreadful; we all saw it, are all changed by it. Now we must ensure that the wound is not mortal, that the world of what is seen triumphs over what is cloaked, what is perceptible only through the effects of its awful deeds.

In making free societies safe – safer – from terrorism, our civil liberties will inevitably be compromised. But in return for freedom’s partial erosion, we have a right to expect that our cities, water, planes and children really will be better protected than they have been. The west’s response to the September 11 attacks will be judged in large measure by whether people begin to feel safe once again in their homes, their workplaces, their daily lives. This is the confidence we have lost, and must regain.

Next: the question of the counter-attack. Yes, we must send our shadow-warriors against theirs, and hope that ours prevail. But this secret war alone cannot bring victory. We will also need a public, political and diplomatic offensive whose aim must be the early resolution of some of the world’s thorniest problems: above all the battle between Israel and the Palestinian people for space, dignity, recognition and survival.

Better judgment will be required on all sides in future. No more Sudanese aspirin factories to be bombed, please. And now that wise American heads appear to have understood that it would be wrong to bomb the impoverished, oppressed Afghan people in retaliation for their tyrannous masters’ misdeeds, they might apply that wisdom, retrospectively, to what was done to the impoverished, oppressed people of Iraq. It’s time to stop making enemies and start making friends.

To say this is in no way to join in the savaging of America by sections of the left that has been among the most unpleasant consequences of the terrorists’ attacks on the United States. “The problem with Americans is…” “What America needs to understand…” There has been a lot of sanctimonious moral relativism around lately, usually prefaced by such phrases as these. A country which has just suffered the most devastating terrorist attack in history, a country in a state of deep mourning and horrible grief, is being told, heartlessly, that it is to blame for its own citizens’ deaths. (“Did we deserve this, sir?” a bewildered worker at “Ground Zero” asked a visiting British journalist recently. I find the grave courtesy of that “sir” quite astonishing.)

Let’s be clear about why this bien-pensant anti-American onslaught is such appalling rubbish. Terrorism is the murder of the innocent; this time, it was mass murder. To excuse such an atrocity by blaming US government policies is to deny the basic idea of all morality: that individuals are responsible for their actions.

Furthermore, terrorism is not the pursuit of legitimate complaints by illegitimate means. The terrorist wraps himself in the world’s grievances to cloak his true motives. Whatever the killers were trying to achieve, it seems improbable that building a better world was part of it. The fundamentalist seeks to bring down a great deal more than buildings. Such people are against, to offer just a brief list, freedom of speech, a multi-party political system, universal adult suffrage, accountable government, Jews, homosexuals, women’s rights, pluralism, secularism, short skirts, dancing, beardlessness, evolution theory, sex. These are tyrants, not Muslims.

(Islam is tough on suicides, who are doomed to repeat their deaths through all eternity. However, there needs to be a thorough examination, by Muslims everywhere, of why it is that the faith they love breeds so many violent mutant strains. If the west needs to understand its Unabombers and McVeighs, Islam needs to face up to its Bin Ladens.)

United Nations Secretary- General Kofi Annan has said that we should now define ourselves not only by what we are for, but by what we are against. I would reverse that proposition, because in the present instance what we are against is a no-brainer. Suicidist assassins ram wide- bodied aircraft into the World Trade Centre and Pentagon and kill thousands of people: um, I’m against that. But what are we for? What will we risk our lives to defend? Can we unanimously concur that all the items in the above list – yes, even the short skirts and dancing – are worth dying for?

The fundamentalist believes that we believe in nothing. In his world-view, he has his absolute certainties, while we are sunk in sybaritic indulgences. To prove him wrong, we must first know that he is wrong. We must agree on what matters: kissing in public places, bacon sandwiches, disagreement, cutting-edge fashion, literature, generosity, water, a more equitable distribution of the world’s resources, movies, music, freedom of thought, beauty, love. These will be our weapons. Not by making war, but by the unafraid way we choose to live shall we defeat them.

How to defeat terrorism? Don’t be terrorised. Don’t let fear rule your life. Even if you are scared.