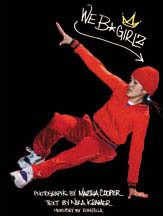 I've been trying to get caught up on my reading list.  Here's some of the great stuff that's on my bookshelf:

More about each after the jump…

The Greatest Man in Cedar Hole by Stephanie Doyon

About ten years ago, there was this smart, lovely young woman living in the same grouphouse as me in the East Village.  Stephanie was an up-and-coming author toiling away as a ghostwriter to pay the bills.  We were on friendly terms, but now I wish I had spent more time talking about the craft with her.

Fast forward to 2005.  Stephanie has moved back to her native Maine and published her first adult novel The Greatest Man in Cedar Hole.  A tender, funny, vivid tale of two small town boys — one a paragon of virtue the other a born loser — and their competitive relationship that follows them into adulthood.  Full of unexpected turns and smartly drawn characters, it's an impressive work by Doyon.

A Testament of Devotion by Thomas Kelly

First published in 1941, A Testament of Devotion is a very short, very intense devotional that any Quaker or Christian seeking a deeper spiritual life would do well to pick up.  Kelly's uncompromising single-ness of vision upon the divine is inspiring and challenging.  He breaks down how the Quaker values of simplicity, plainness, community and social concerns are lived out in the modern world.

And the pages exude the infectious joy he feels from this moment-by-moment connection to the Spirit. As Kelly writes, "I'd rather be Saint Francis hymning his canticle to the sun than a dour sobersides Quaker whose diet would appear to be spiritual persimmons."

Strictly for the true Trek-head, this is an entertaining graphic novel treatment of the celebrated "New Frontier" novel series created by Peter David.  As a lifelong Trekkie, I've been hoping for a book series that would equal the best of ST:TNG and ST:TOS.  David's novels more than deliver on that, creating a rich universe of characters that operate within the Roddenberry rules, albeit stretching them at times.

The graphic novel probably won't appeal to anyone who isn't already a fan of the series or the Star Trek universe in general.  But if you are interested in seeing MacKenzie Calhoun, Morgan Lefler, Zak Kebron, and the rest of the crew of the Excaliber in comic form, you won't be disappointed.

We B*girlz by Martha Cooper and Nika Kramer

With pictures by Martha Cooper, commentary by Niki Kramer, and a detailed "herstory" by b-girl innovator Rokafella, We B*girlz makes the compelling case for the contributions of some of hip-hop culture's least recognized artists.  B-girls (i.e. female breakers) have long been ignored by the media and often by their male peers, even though they have been breaking it down on the dancefloor and pavement from the earliest days.

On b-boy discussion boards, discussions about b-girls often degenerate into debates over "power moves" over style, since females are assumed to not be able to do most of the more physically demanding power moves that b-boys perform.  We B*girlz avoids this altogether, emphasizing the unique contributions that women bring to the cypher that enrich the dance and wow the crowds.

A really fun book for any fan of hip-hop culture.