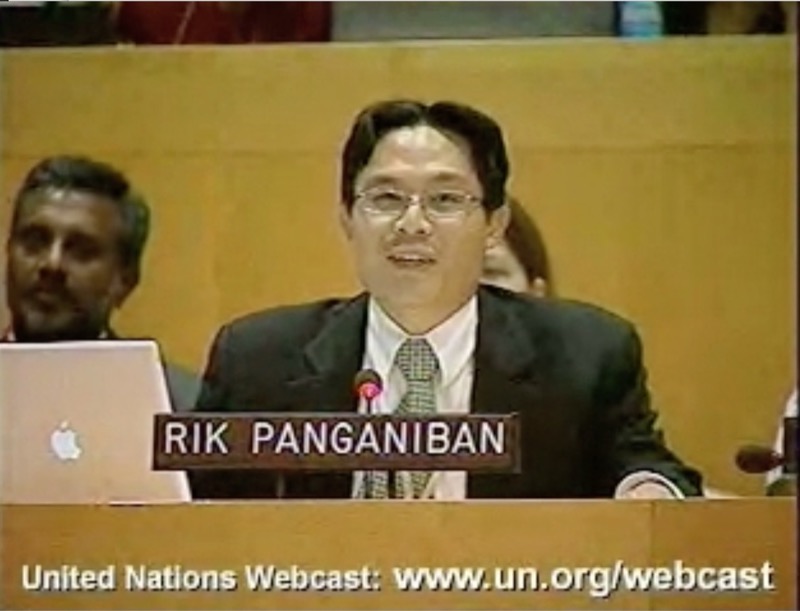 Here's an oldie but a goodie that I dug up when thinking about some notable work highlights from the past.  In 2005, I had the honor of speaking briefly at the first UN General Assembly hearings with civil society organizations (CSOs).  This was a historic occasion, where the UN General Assembly for the first time decided to open their doors to advice and recommendations from non-profits, charities, and companies from around the world on key topics on their agenda.  The fact that this was largely self-organized by civil society groups was a remarkable achievement in itself, given our diversity and scope of our various agendas.

For some reason, I was tapped to be the rapporteur for a civil society sub-group on the subject of "Freedom from Fear," charged with examining the role of CSOs in peacekeeping, conflict resolution, and prevention.  Here's a short video of me presenting our findings to the UN Secretary General and the President of the General Assembly on June 24, 2005.  It was a nice capstone to a year's worth of work organizing civil society groups for these hearings and other UN General Assembly-related activities.