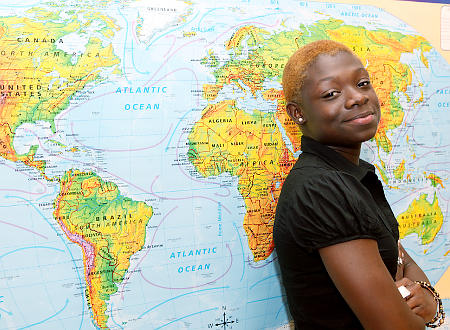 In 2005, the High School for Global Citizenship student and her siblings moved to Crown Heights from Haiti to escape the country’s political  instability and to get treatment for her eldest sister, who was diagnosed with cancer.

It was a tough transition for Sabienne, who then spoke no English: “I was always walking around with a dictionary in my hand and trying to understand what people were saying.”

She was shy at first, mocked by classmates for her accent and for being Haitian. Then she became involved in Global Kids, a leadership program at her school, and began learning about other cultures and meeting students from around the world….

Check out the full article here.