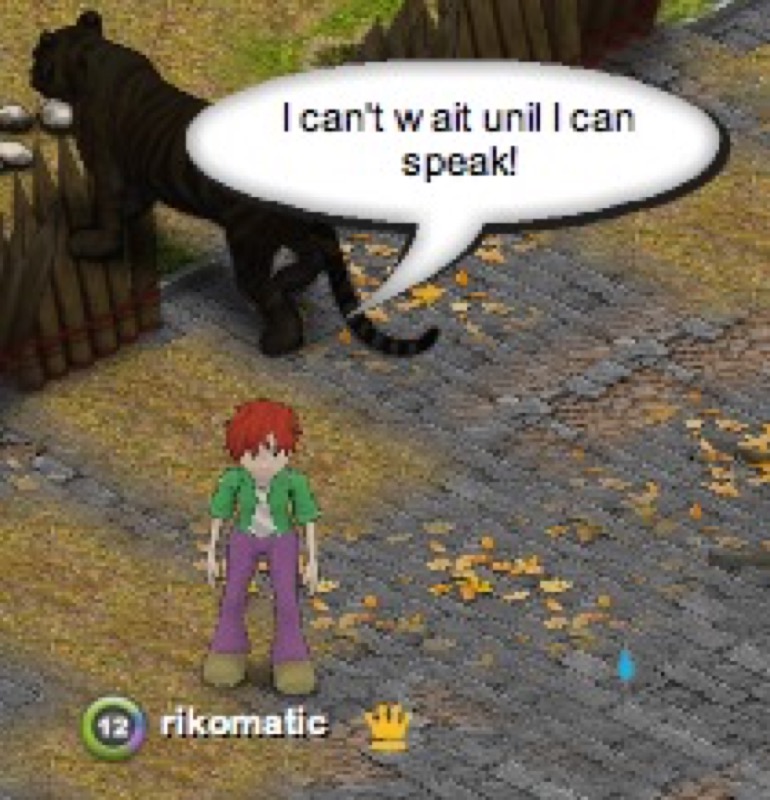 Metaplace community manager Cuppycake posts today on the Metaplace forums about the development path for this web-based virtual world. Lots of interesting new features in the pipeline, including changes to the internal economy.  But most exciting to me is the addition of both voice chat and video chat into Metaplace!

One of the most frustrating bits about being in a web-based virtual world is limited means of communication.  Many worlds only support text chat that appears in small text bubbles that appear above your head, greatly constraining the depth of conversations you can have with people in-world.

I'm curious how it is going to feel using voice and video chat in this 2.5D, flash-based world.  Your avatars and environments are fairly cartoony, which makes being in Metaplace feel less immersive than other more graphically rich worlds like Second Life.  So putting on top of this world the very rich communications tools of voice and video may feel jarring and weird at first.

That said, this greatly increases the viability of Metaplace as a community, education, and civic engagement platform.  Conducting a class, holding a panel discussion, or doing a community roundtable about an issue now all seem that much easier with these additional communications tools.  You can already stream in live video using Ustream, as was demonstrated during the Obama event in Metaplace a couple of months ago.

UPDATE: 11/4/09 – I tested this successfully with my colleague Joyce!