So here's a little story about what me and some buddies did last weekend.

We took a trip from San Francisco to New York. We might have overpacked a little. 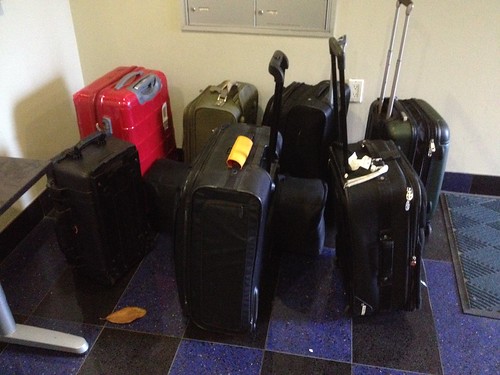 Not Pictured: Patrick and Natasha's luggage and our backpacks full of electronics.

We were there for a modest dance event called "Frankie100."  The purpose was to celebrate what would have been the 100th birthday of Frankie Manning, a legendary dancer, ambassador for swing, and just generally a wonderful human being.

I guess the party sounded like fun to a lot of people, because 2,000+ dancers, from 47 countries, decided to show up. 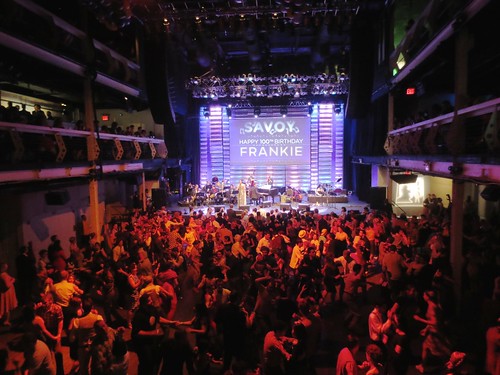 My pals and I decided to put together a lil video broadcast. That's Jim doing the job of 4-5 crew members on a normal live video production. 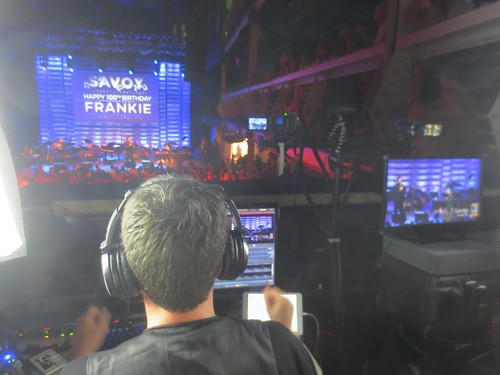 And here's Manu and I being dorks on the air. We're a little excited. 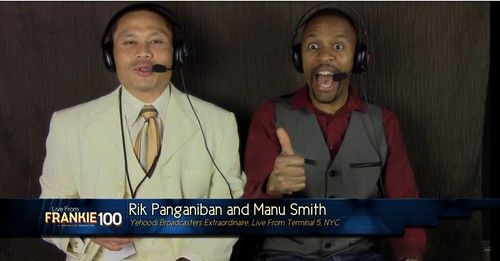 Here's what it looked like from the other side. 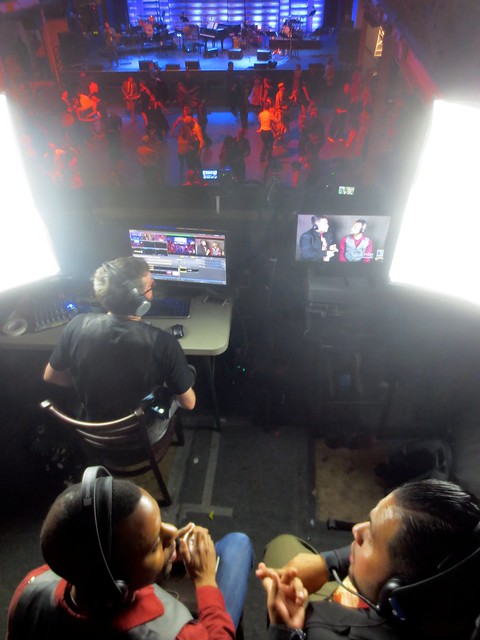 Manu, myself, and our guest hosts got the best seats in the house in the control booth overlooking the stage. (Except for the hot, blinding lights pointed at us at all times.)

Meanwhile, our camera man Patrick ran around with our wireless camera rig, which I don't have pictures of because he moved so damn fast!  But here is Patrick sitting on the floor, in between the action uploading footage. 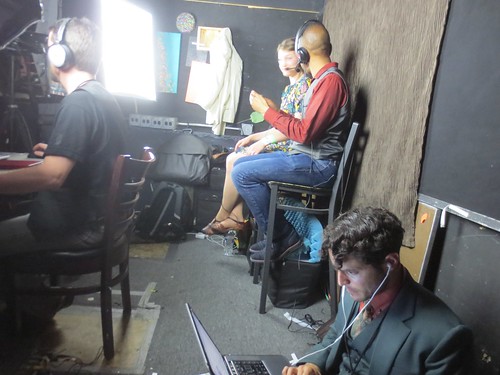 Our wideangle lens wasn't wide enough to catch all of the action on the dance floor at the venue Terminal 5!  There was also dancing, socializing, and alternative activities happening on the two  balconies, a rooftop terrace, and bars all around the facility. 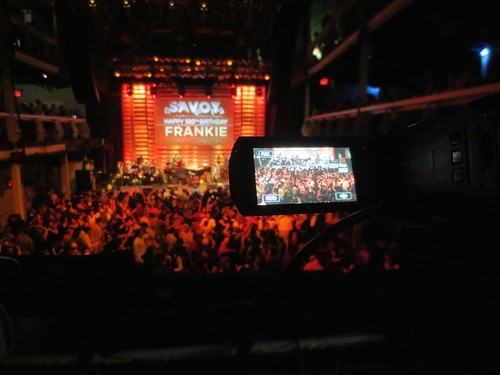 There were a lot of amazing moments that we got to broadcast. One of the awesomest events of the weekend was an epic stage show at the legendary Apollo theater in Harlem calling "Swingin Frankie's Way." We shot it on Thursday and broadcast it on Saturday.  Here's the whole thing.

Another amazing experience was shooting the "Hellzapoppin" dance contest finals. We kept thinking the contest was over, but it just kept going, and going, and going, getting more and more insane as it went on. This is the very definition of BADASS.

Another moment from the weekend that I'm particularly proud my team captured: the countdown to midnight of May 26, 2014, the actual 100th birthday of Frankie Manning.

Jim, Patrick and Manu expertly conveyed the emotion and power of that moment for all the world to watch and share in the experience. It's like freakin' Times Square on New Year's Eve, without any of the horrible drunk people.

So who was our audience? We suspected that some people might be interested in watching our online broadcast from Frankie100. We were right.

Here's a few pics from the many, many viewing parties that occurred around the world, from Beijing to Cork to Toronto. 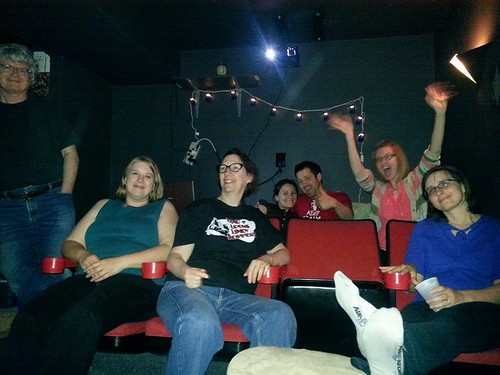 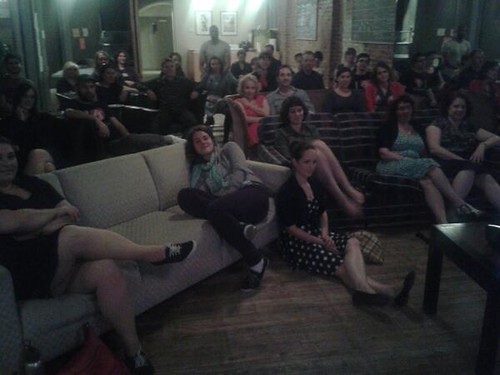 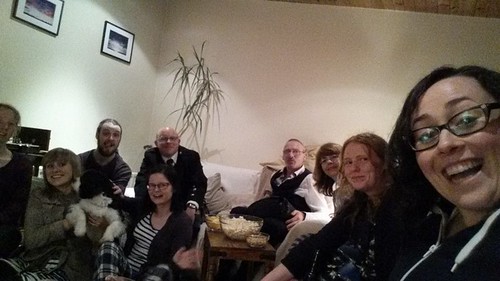 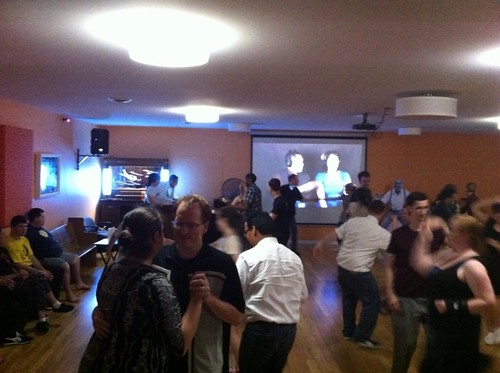 At our peak, we had 400+ simultaneous viewers live, and many thousand more watching the archive of the shows. We also broadcast our video feed back into the Terminal 5 concert hall itself, onto a dozen video monitors scattered all over the venue.  So people at Frankie100 could watch the action no matter where they were in the building.

With a volunteer crew of five people (plus helpers and guest hosts), we managed to pull off a professional, well-produced, and entertaining live video broadcast, from a historic dance event, that the worldwide lindy hop community watched and participated in. We raised the bar for other swing events that will be hard to match. And we did it with style.

Check out this slick open created for us by our friend, talented video producer Paul Marino.

I've watched it dozens of times, and it still gives me chills.

In short, I think we did a damn fine job.

That's what happens when you have a great team, at a great event, celebrating a great man. 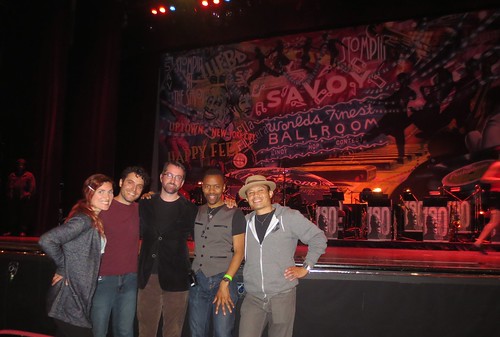 Natasha, Patrick, Jim, Manu and Rik, at the Apollo, looking happy and rested before all of the insanity of the weekend. 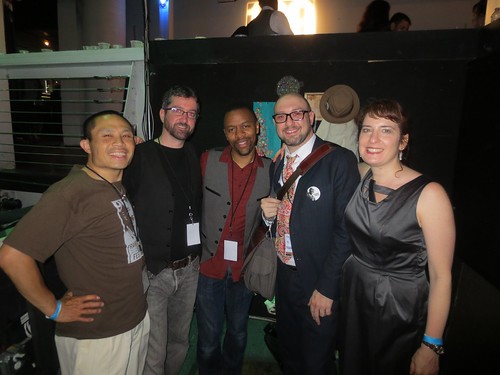 Rik, Jim, Manu, Ryan and Heather, looking tired but happy after the final broadcast on Sunday.

All for you, Frankie. We did it all for you. I think you would have approved. 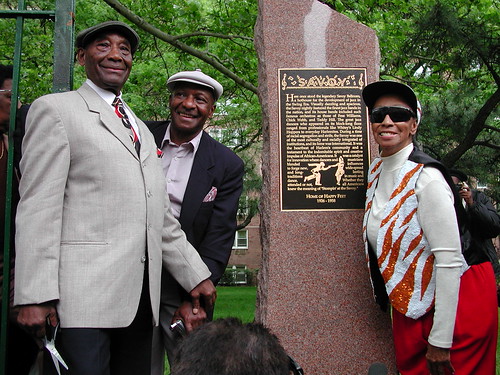 To watch more of Yehoodi's broadcast from Frankie100, see our archive at http://yehoodi.com/frankie100.