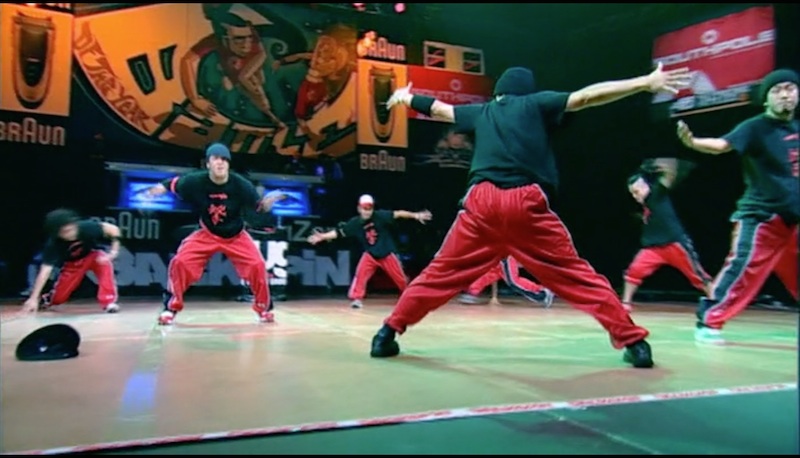 One of the highlights of the documentary "Planet B-Boy" is an incredible group performance by the legendary Japanese b-boy crew Ichigeki. I've watched that routine roughly 100 times. Finally, the routine has been put (legally) on YouTube.  Watch it below, and I've got a few comments after:

There's so much that makes this outstanding as a performance:

You can watch more about Ichigeki crew, particularly members Prince and Katsu, as well as profiles of several other amazing breaking crews from around the world in the documentary "Planet B-boy." Available streaming on Amazon and lots of other places.

Sadly, Ichigeki is reported to have disbanded shortly after this competition, but you can see individual members in other crews and individually still dancing.