A few weeks ago, I had a very in-your-face encounter with the death match going on between ridesharing services — particular Uber — and municipal taxis.

I've been reading some of the articles and blog posts about how much Uber has cut into the taxi and limo business, and things do not look good for that industry. In San Francisco alone, average trips per taxi went from 1,424 per month in March 2012 to just 504 in July 2014. At the same time, I've become increasingly appalled at the business tactics of Uber, everything from aggressively wooing away drivers from competing ride-sharing services to actively bottlenecking other services with the ridesharing equivalent of "denial-of-service" attacks.

It's an ugly world out there in the fee-to-ride industries. As I found out, first hand.

On January 1st, I was flying back late at night into SFO. I wanted the most efficient way to get to a local dance I was hoping to catch before it was over.

I'll be honest, taking a taxi is not my favorite thing. I find the whole experience a little awkward and stressful, from the explaining where I am going (and often how to get there) to stress-watching the meter tick up and up the whole time. Ridesharing services that give you the up-front cost and no actual money changing hands just feels so much smoother and relaxing.

But a taxi was clearly going to be the easiest and fastest way to get where I needed to go, at least to my sleep-deprived brain standing on the curb at 9:30pm.

Anyway, I get on the taxi line and soon am in the cab of a heavily accented older gentleman of Eastern European descent. I can tell he's going to be a talker. Mr. Driver and I chat about San Francisco and what we love about it. We share favorite places we like to send tourists to, places we eat at, how the city has changed, etc. Pleasant enough.

Then he starts cursing at a light blue hybrid that is tailgating him as we're zooming around a curve on the 101.

"Stupid fucking idiot. Where does he need to be so fast at 10 at night? Why he gotta be up my ass? Where I gonna go? Traffic too tight. Yeah, fuck you, keep flashing your lights at me."

By chance we both get off at the same exit, the hybrid about one car behind us. As we're stopped at a red light, the cabbie mumbles something like, "Excuse me. Be right back."

Then he gets out of the car and runs over to the other car with his smartphone and takes several pictures of the car, the license plate, and the driver. As he comes back, the other driver gets out of his car, runs over and tries to get into a fight with my cabbie. There's a short scuffle on the street. My cabbie manages to push him away, gets back into the taxi, and speeds away, breathing heavily.

My driver is now shouting, "That fucking idiot! Fucking Uber driver. You drive up my ass for nothing and you try and fight me? If I didn't have a fare, I'd give him a fucking beating."

I ask him why he took his picture.

"I report him to Uber and then he can't drive no more. Then, maybe he lose his insurance. And his car. That''s what you get, asshole."

The rant continues: "Fucking Uber. You come to MY city? You take away MY business? Fuck you. This no fair. I pay [a large amount of money] to drive a cab. You pay nothing. And then this? No way. That guy is fucked."

There's a few minutes of awkward silence for awhile.

The cabbie speaks more calmly now. "You know, that guy? He no speak good English. I think he just come here from somewhere in Asia. Maybe he can't work anywhere."

"I not report him. Maybe he's new in this country. It's hard for him."

We finally got to my destination. I can't remember if I undertipped or overtipped or said anything at all to the driver. It was all so confusing and upsetting.

Weeks later, I feel so torn about the ride. And about the whole situation.

On the one hand, I've found that taxis tend to be driven by new immigrants, working class folk, and people of color. It's a good job for someone who is new to this country without many other marketable skills. For many, it's a career, that puts food on the table for their families and helps their kids get a good education. I've ridden in several cabs where I've learned something cool about a city, or about someone from a different strata of society, or about a part of the world I knew nothing about. And I've ridden in cabs with people who were downright scary.

Uber and Lyft drivers tend to be younger white or Asian dudes, probably from a similar background as me. They seem to be driving as a transitional gig until they can find better work, or making some extra money on the side. I've had some good conversations, but find that they aren't so different from me. 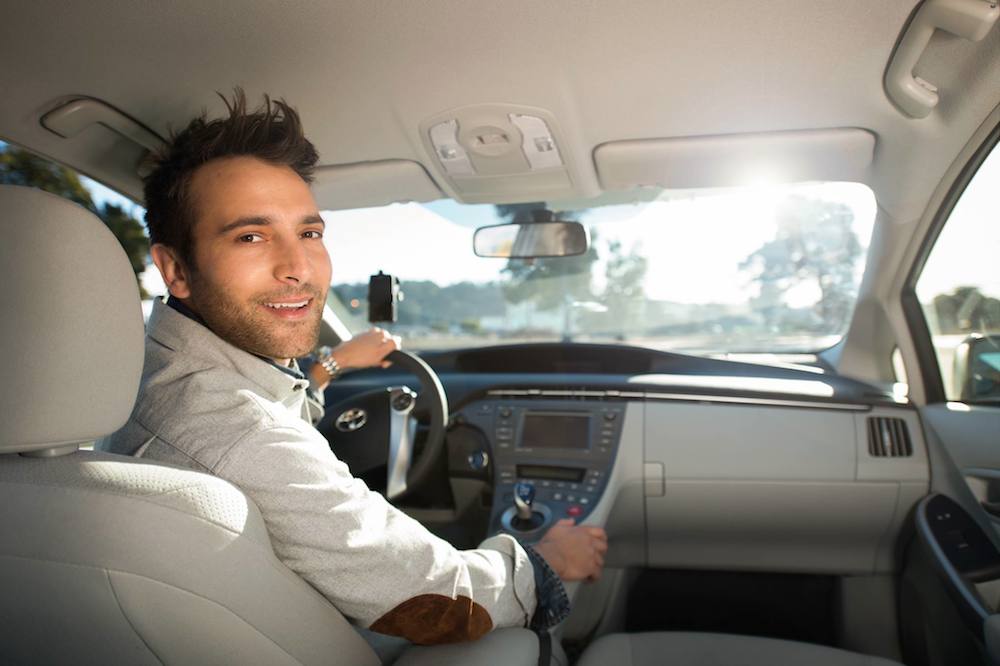 I do believe that the taxi and limo industry needs some kind of disruptive change to take advantage of the efficiencies and improved services that newer, better models can provide. But there is definitely a cost to those in those older industries, real suffering that taxi drivers who won't or can't shift their jobs will experience.

I don't know what the answer is. I know that I'm going to continue to boycott Uber, in favor of other transportation options. But at the same time, with rare exception, there's almost never a time that I'm going to take a taxi. I guess I should get used to fist-bumping (ugh) my Lyft driver.