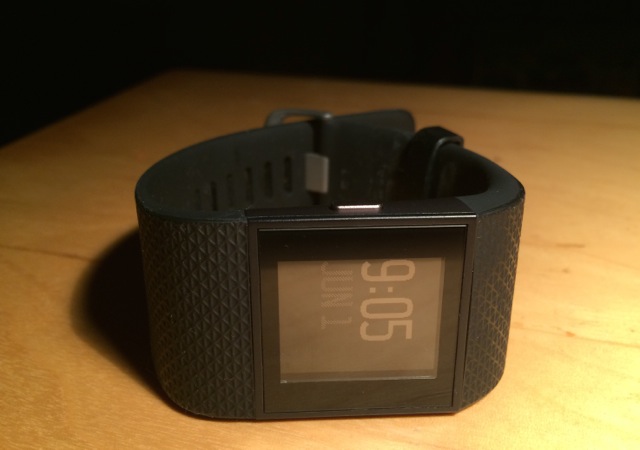 I've had the new Fitbit Surge smartwatch for two weeks now and I have to say I'm pretty happy with it so far! Is it going to win any design awards? Probably not. But does it get the job done as an exercise tracker / smart watch? Absolutely.

For those that don't know, the Surge is Fitbit's top-of-the-line product, combining the functionality of their already dominant line of exercise bands with some smart watch functions, at a very competitive price point of US $250.00.

I've used every function but the music controls at this point, and have found the device intuitive and pleasurable to use, with a few minor quirks.

For running around in the city, I've found the GPS tracking works well. Every once in awhile, it has trouble getting a lock. But you can opt to start your run anyway, and when it does get a GPS lock, Fitbit tries to backtrack and figure out where your run started and how far you've gone.

If you are a professional runner or need extremely fine-grained detail on your route, this might not be the watch for you. But for the casual runner, the Surge should work just fine.

It's pretty neat being able to see your heart-rate at any time of the day. Supposedly, because Fitbit is tracking my heartrate from when I am sleeping and all throughout the day, I am getting the most accurate resting heart-rate, which is essential to knowing my target heart-rate zone. I've tested it a couple of times, and it has only been off by a beat or two.

I've read reports that heart-rate monitoring accuracy goes way down during certain kinds of workouts, particularly where you are bending your wrist and arms a lot (tennis, racquetball), or jumping around. For running, biking, and swing dancing, I've found it works well so far.

The default exercise is running on the Surge. You can do a "free run," a treadmill run, and a lap run.

Beyond running, you can set your Surge to track other exercises, including walks, biking, hiking, weights, yoga, kickboxing and golf. Sadly, dancing is not one of the possible activities you can have on your watch, although you can manually add it from the app.

Biking from my house to the BART station, it was simple to tell my Surge to start recording my bike trip. I found it useful to learn how far I had travelled, how fast my heart-rate was, and how many calories I had burned.

Dancing so far has been less successful. As a social dancer, starting and stopping the watch every time I dance is kind of awkward to do. It might work better when I house / hip-hop dancing in a club, since you are more of less constantly moving for long stretches of time.

The maximum seven-day battery life is possibly a true stat. But if you use the GPS and other smartwatch controls a lot, the battery goes down a lot faster. I get easily 4-5 days on a single charge, which is fine, especially when compared to the one day (or less) battery life of other smartwatches.

The GPS drains the battery the fastest, lasting only about 5 hours, according to Fitbit. So don't plan on having active monitoring of your seven hour bike trip.

I have found the communications notifications on the Surge to be one of the nicest functions of the watch. You get a gentle buzz on your wrist, and you see on the watch face a small notification of an incoming call or text. Click the upper right button, and you see the first couple of hundred characters of the text, or the identity of the caller.

Biking around the city, it was nice to just be able to check my wrist at a stoplight to see if anyone called or texted while was traveling. Much easier than pulling out my phone. 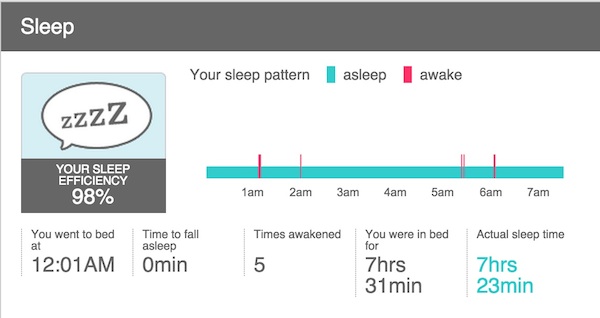 The sleep monitoring seems to work quite well. I would have to compare it with other devices or an actual sleep clinic to be sure. But it does seem to give me a pretty accurate picture of when I was actually asleep, including how many times I was restless or woke up during the night. It's not particularly fine-tuned data. But it's pretty good considering you don't have to do anything but wear your watch to bed.

There are some minor aspects of the watch that I wish were better:

In sum, I'm satisfied with my Surge and would happily recommend it to anyone looking for a feature-rich exercise tracker with some cool smartwatch functions. As a very active person always looking for easy ways to live healthier, the Surge is a great tool, and at a reasonable price point.