At the last Maker Faire, I ran into the Krautsource booth in food pavilion and thought that their home fermentation system looked really nifty. Krautsource is a simple device the screws to the top of a standard mason jar enabling anyone to make sauerkraut, pickled veggies, and kimchi in your kitchen. Here’s their video explaining how it works.

I’m trying to put more kimchi in my diet for health reasons, and because I just love kimchi. But it gets spendy really fast when you buy the jars from the grocery, and you only have a couple of varieties available typically. So I added a Krautsource to my birthday wish list, and — surprise! — it appeared in my mailbox in July! (Thanks, Dad!)

Last Sunday, I followed the traditional kimchi recipe provided by Krautsource. It involved a little exploring of my city to find all of the ingredients, particularly the Korean red pepper (gochugaru). (FYI, Woori is one of the only Korean markets in SF, a small but well stocked little spot in the Fillmore district.)

Prepping the kimchi was super simple. My only complaint is that I had way too much kimchi to possibly fit into the quart jar at the end. I would halve the recipe in the future. Also a little messy, but I managed to avoid wearing any of it, shockingly.

After placing the kimchi in the jar, I carefully sealed it with the Krautsource, put a bit of water in the well at the top, and hid the jar in my pantry for six days. Krautsource recommends a minimum of five days to a maximum of two weeks. 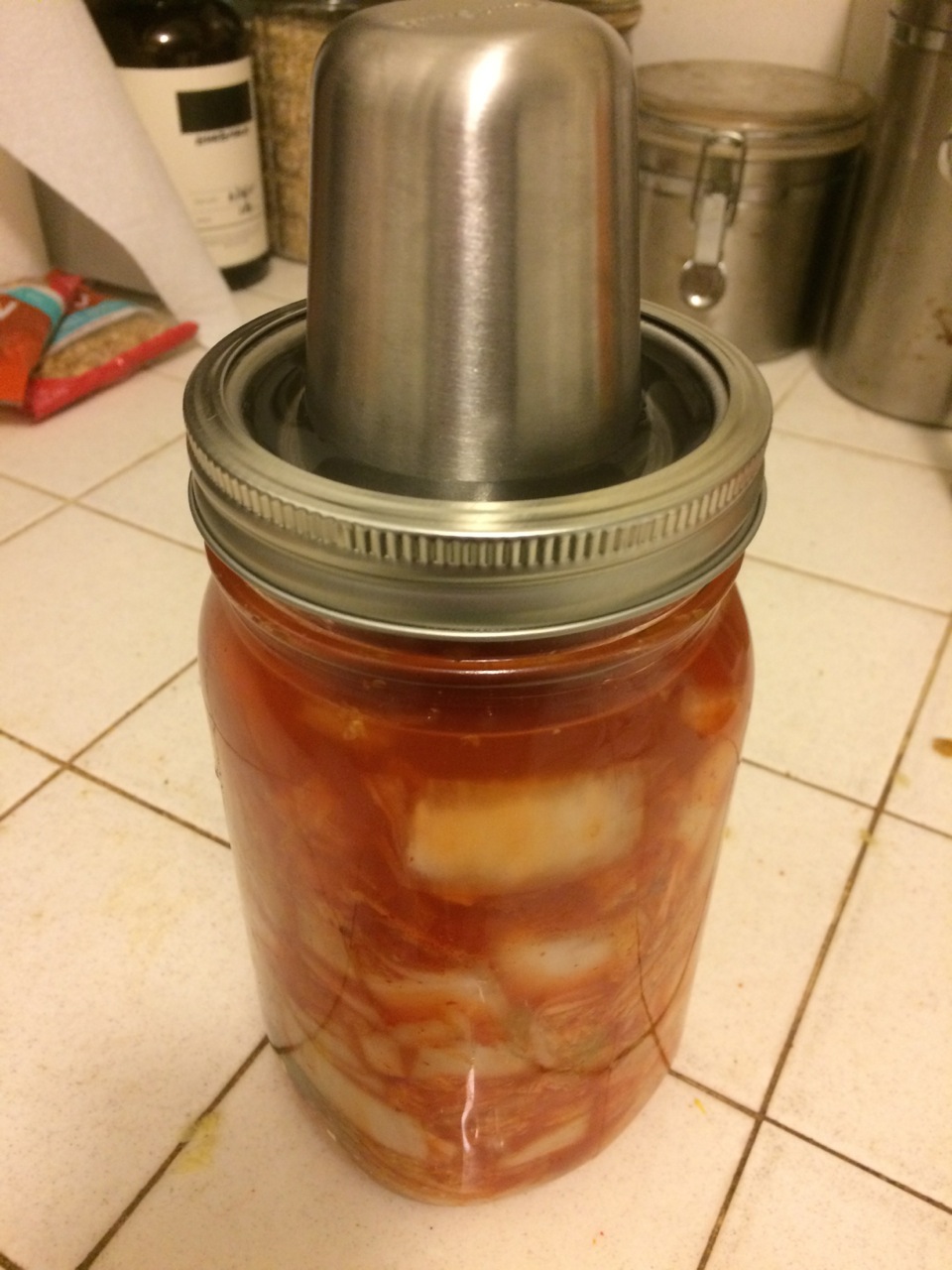 After six days, here’s what the jar looked like. 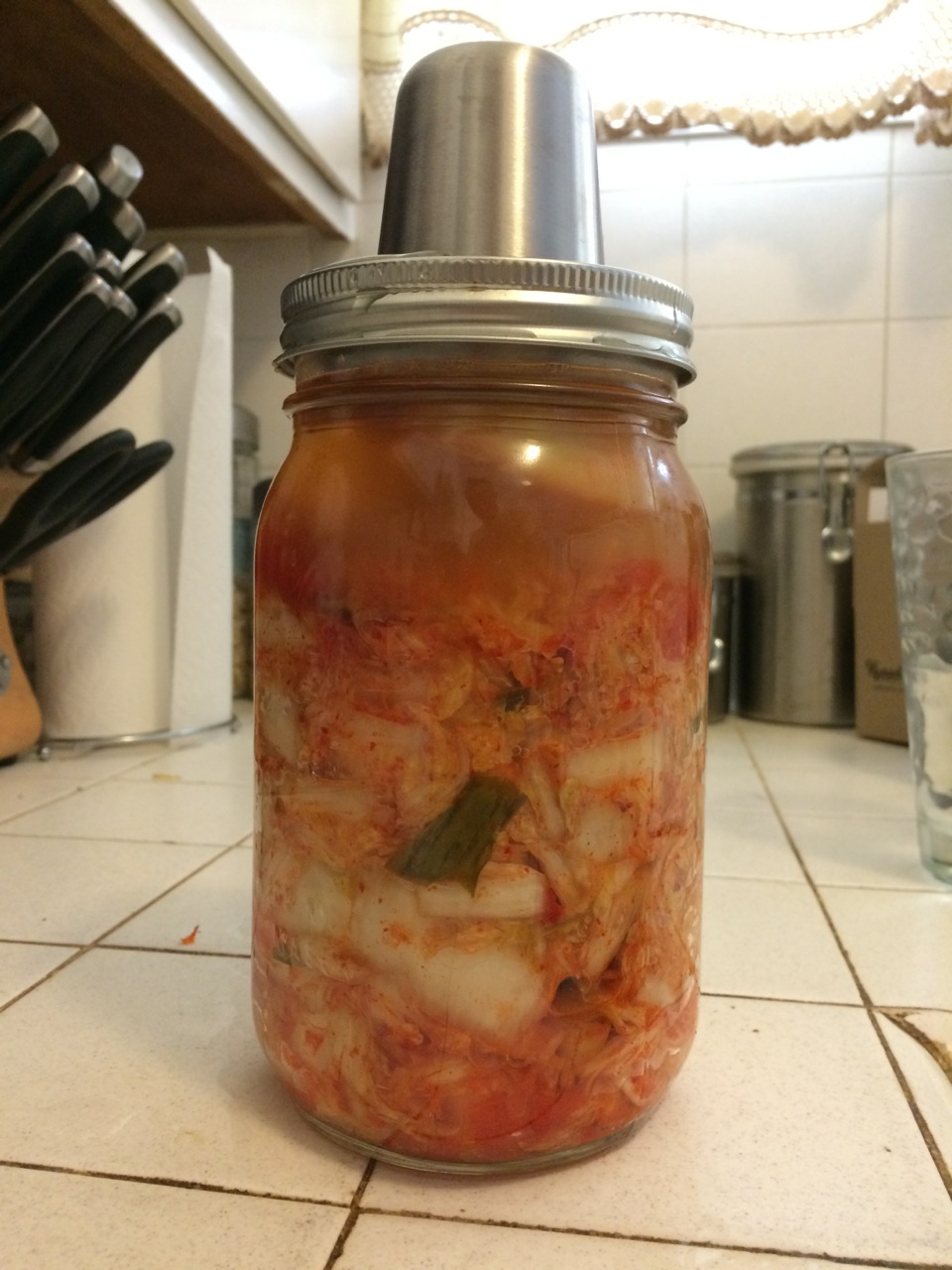 The ingredients looked like they had broken down a lot, and the water level had risen. There was no spillage and very little bubble action.

Carefully I opened the top and forked out a bit of kimchi. It was very tasty! A nice hit of sour, with an aftertaste of heat. The veggies were crunchy and marinated all throughout. I think the heat will develop over time, so we’ll see if I got the red pepper amount right. A very successful first experiment.

I look forward to trying other kimchi variations and ingredients. It would be fun to make several batches and bring them to a potluck, or gift them to people.

Krautsource is definitely worth a try if you have always wanted to do home fermentation. The basic kit is only $30, or $35 with the mason jar. By my math, that could pay for itself in just a few batches of kimchi or sauerkraut. Plus you get the satisfaction of doing it yourself to your own taste.