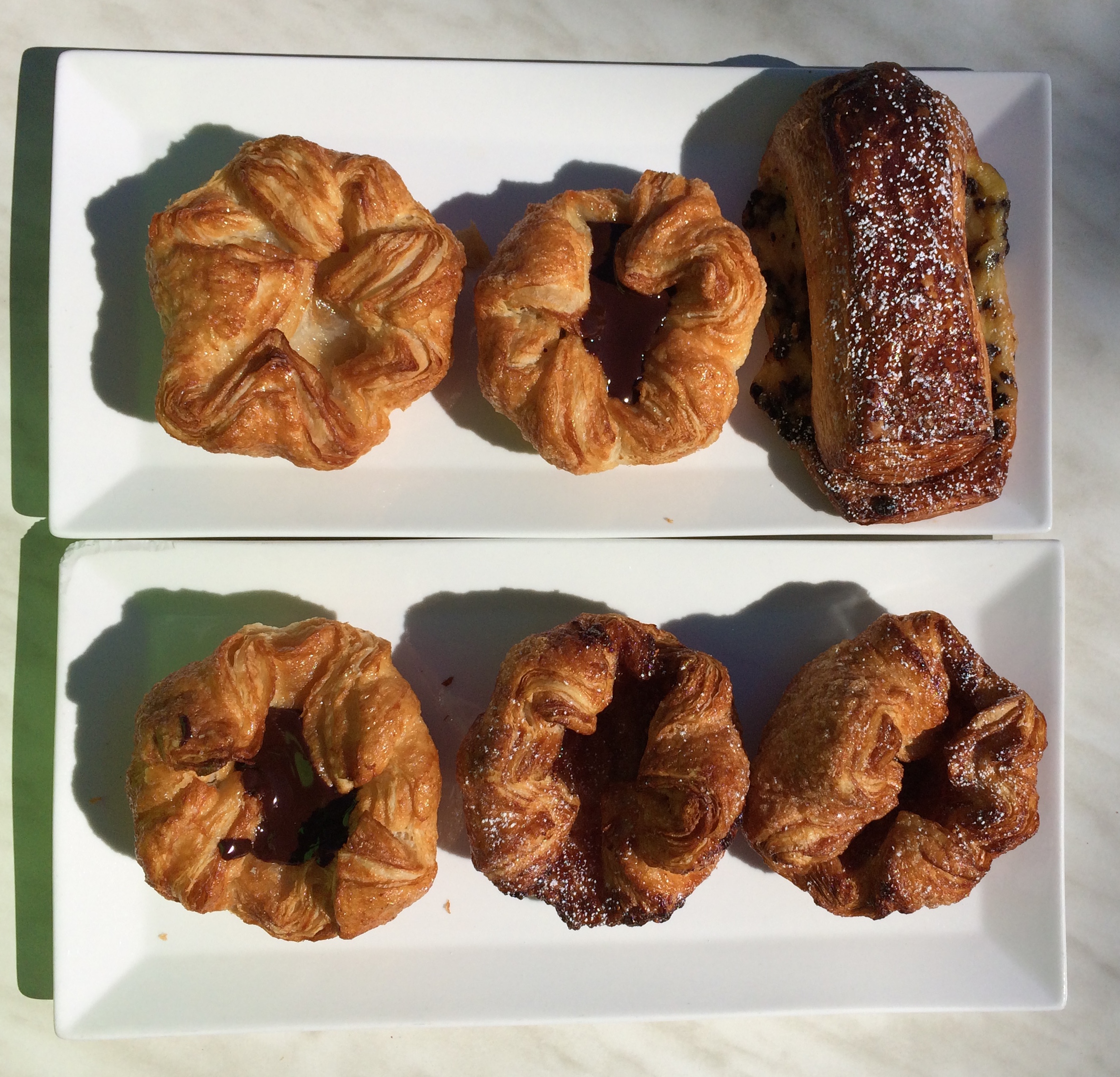 Today, June 20th, is "National Kouign Amman Day." (Just go with it.) Since it falls on a Monday, I gathered some friends to run around San Francisco yesterday to sample the various versions of this unique, very French pastry.

For those that don't know, kouign amann is a round crusty cake, made with a yeast-raised dough containing layers of butter and sugar folded in, similar in fashion to puff pastry or croissants. The resulting cake is slowly baked until the butter puffs up the dough creating the layered aspect of it and the sugar caramelizes. The name comes from the Breton words for cake “kouign” and butter “amann.”

In the past year, several local bakeries have started to offer these wonderful pastries. Me and three friends made the epic sacrifice of visiting three of them to do try them all. I know, it's tough but someone has to do it. 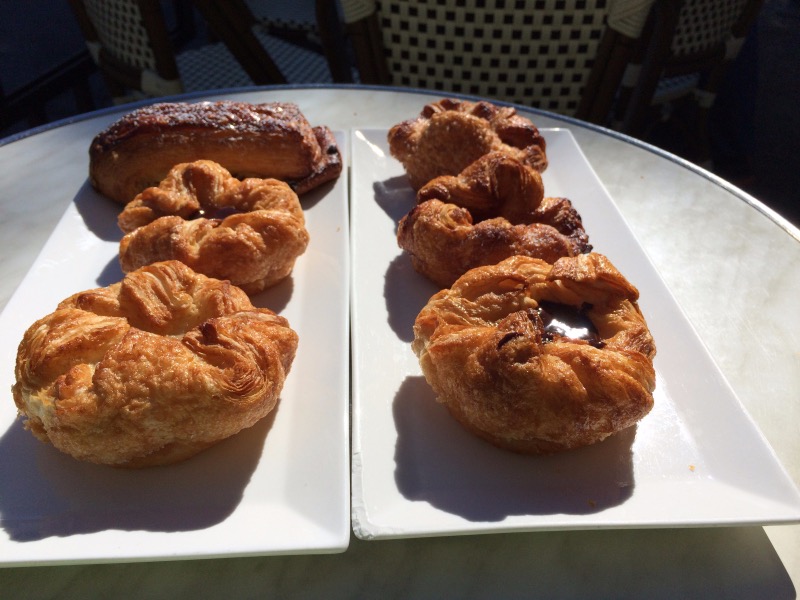 Our first stop, the world renowned b. patisserie on Divisadero and California Streets. The place that put kouign amman in the national spotlight.

My friends and I ordered several — the standard sugar version, their epic chocolate one, and their seasonal raspberry / peach kouign amman. All of them were amazing, but the gooey, rich chocolate kouign amman always wins in my book. The basic sugar one is just perfectly balanced, in terms of light sweetness, flakiness, and softness in the middle. 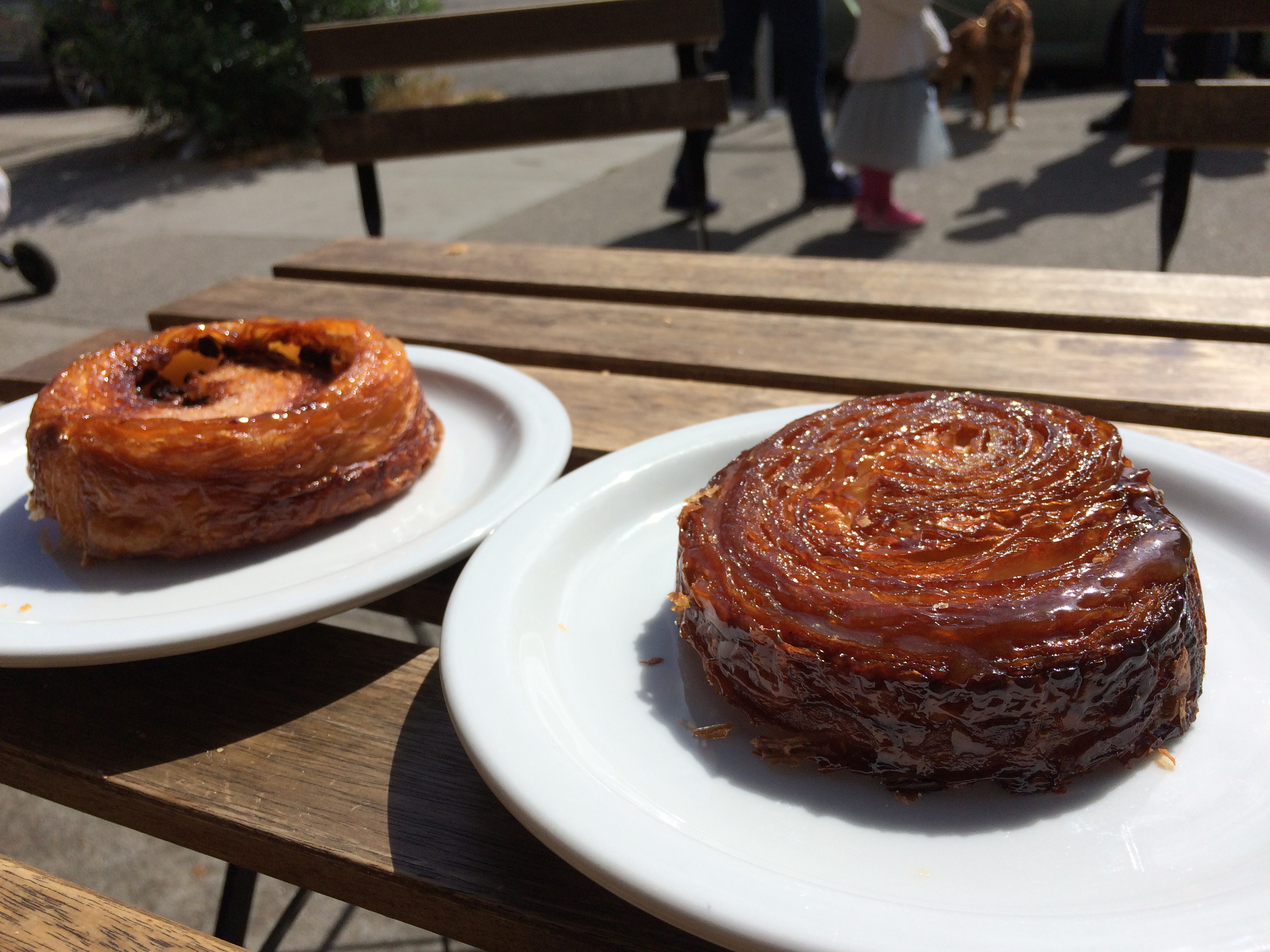 Ariscault Bakery is a tiny, neighborhood bakery in the Inner Richmond just off of Clement and Arguello. Chef Armando does an amazing almond croissant, perhaps the best in the city. We stopped by to sample their kouign amman, which are quite different than the b.patisserie version. We had their basic sugar version and their new offering, a "raisin kouign."

The sugar kouign amman was quite dense, with a thicker layer of carmelized sugar on the bottom. The raisin kouign was more satisfying, even from someone who isn't a big fan of raisins in pastries. We chatted with Chef Armando about it and he said that he created it because it reminded him of the kouign amman that he grew up with. Both were well made, but I will probably stick with their almond croissants in the future. 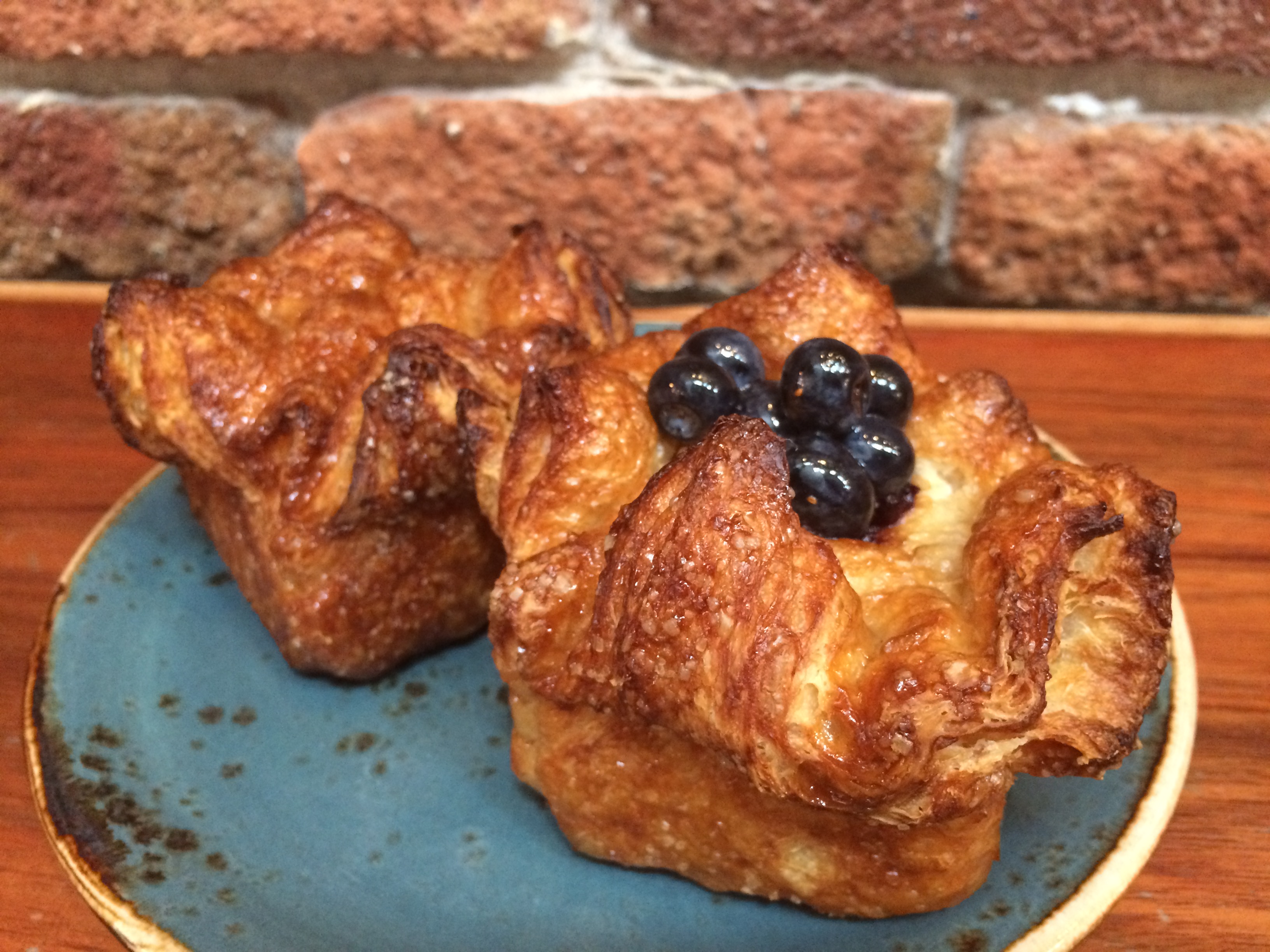 Craftsman and Wolves is a very hipster, artsy bakery in the hear of the Mission District. They are most well known for their savory muffin with a tiny egg inside of it. But all of their pastries are kind of amazing, including their kouign amman.

We sampled their basic sugar version and a mixed berry one. Both were excellent, with the mixed berry having a nice balance of the crispiness of the pastry and the bright flavors of the berries.

b. pattiserie is still the reigning Queen of Kouign Amman. So crispy, flaky, doughy and just the right amount of sweet. Craftsman and Wolves is a close second with their mixed berry and standard versions. I look forward to returning there for their chocolate ganache version. Arsicault is coming along, but could work on balancing the flakiness, the soft middle, and the sweetness. Definitely a very challenging balance to achieve.

Enjoy a kouign amman today, if you can find one! What is your favorite?