This photo gives me all sorts of feelings as an Asian-american.

There was a time – not very long ago– when people who looked a lot like me were judged as being a threat to the state by the very nature of their race and ancestry, rather than their deeds. They may have immigrated here and made a new life in the US. They may have been born here and only knew one country as their home. But because they were deemed potential enemies of the state they were forced to leave their homes and were imprisoned in a camp.

And yet, they were Americans. They did all the stuff “regular” Americans did — they danced to pop songs, they played baseball, they watched movies. They danced lindy hop, the dance of the day. Here’s another dance at another camp, the Heart Mountain Relocation Center. 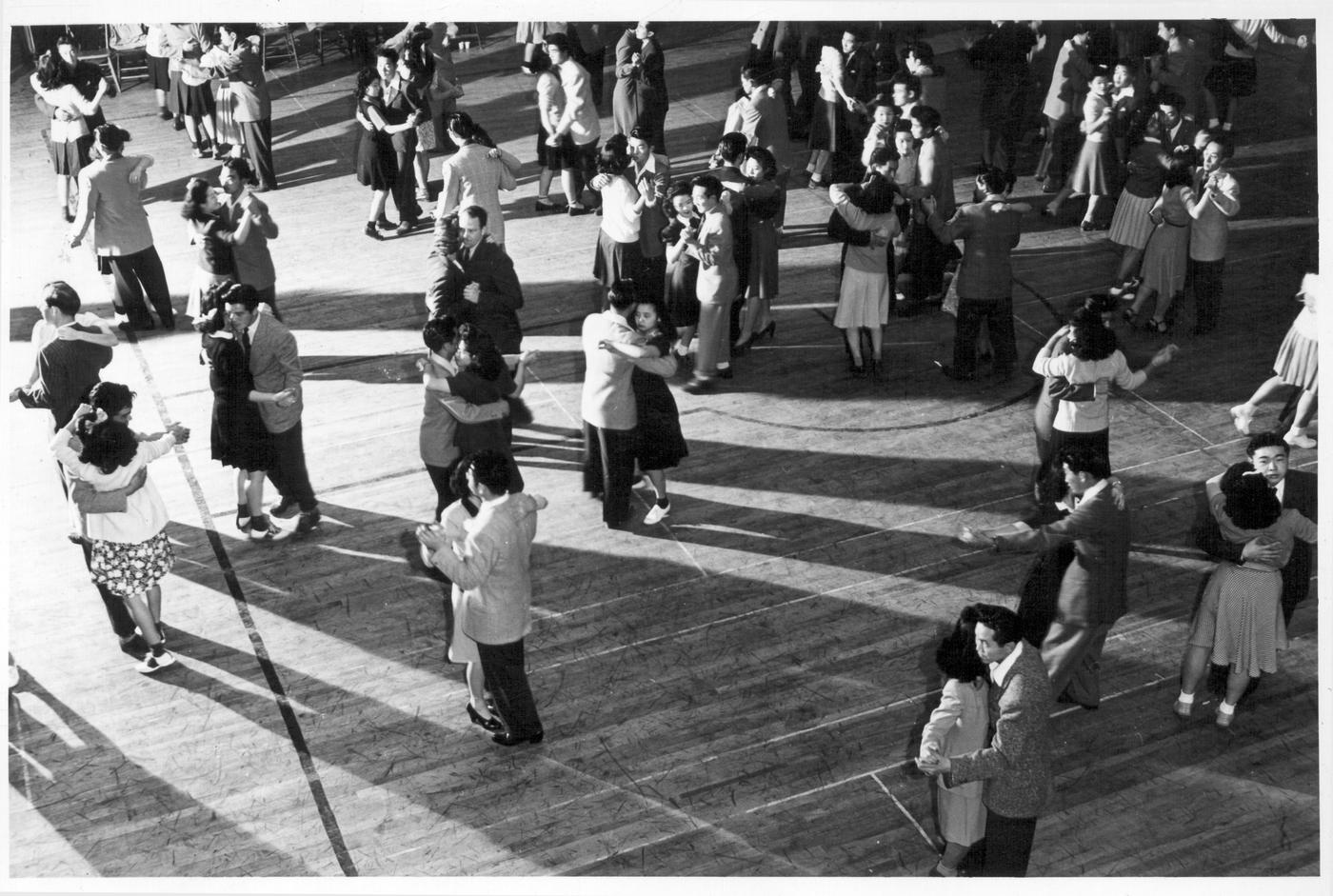 And here we are today, making the same damn mistakes again. Judging people not by the content of their character or their actions but by their country of origin and their faith. Our President is again espousing the wrong-headed and racist notion that people who are of a particular religion or from a particular country can not be trusted, are a threat to our way of life. I’m just one person. But I have to stand up against this incredibly offensive and dangerous stance.

One easy way is with dollars. I’m supporting the American Civil Liberties Union financially with whatever I can give. The ACLU is well positioned to fight Trump through our legal system.

A fun and relevant way to support is by buying the album “That New Old Sound,” a compilation of some wonderful swing music by contemporary artists with all the proceeds going to the ACLU. Congrats to bandleader Glenn Crytzer for spearheading this important project.

That’s just one small thing. We / I need to do a lot more. We need to stop this man and what he stands for from taking our country and our planet down a deep, dark path of ignorance, xenophobia, and madness.