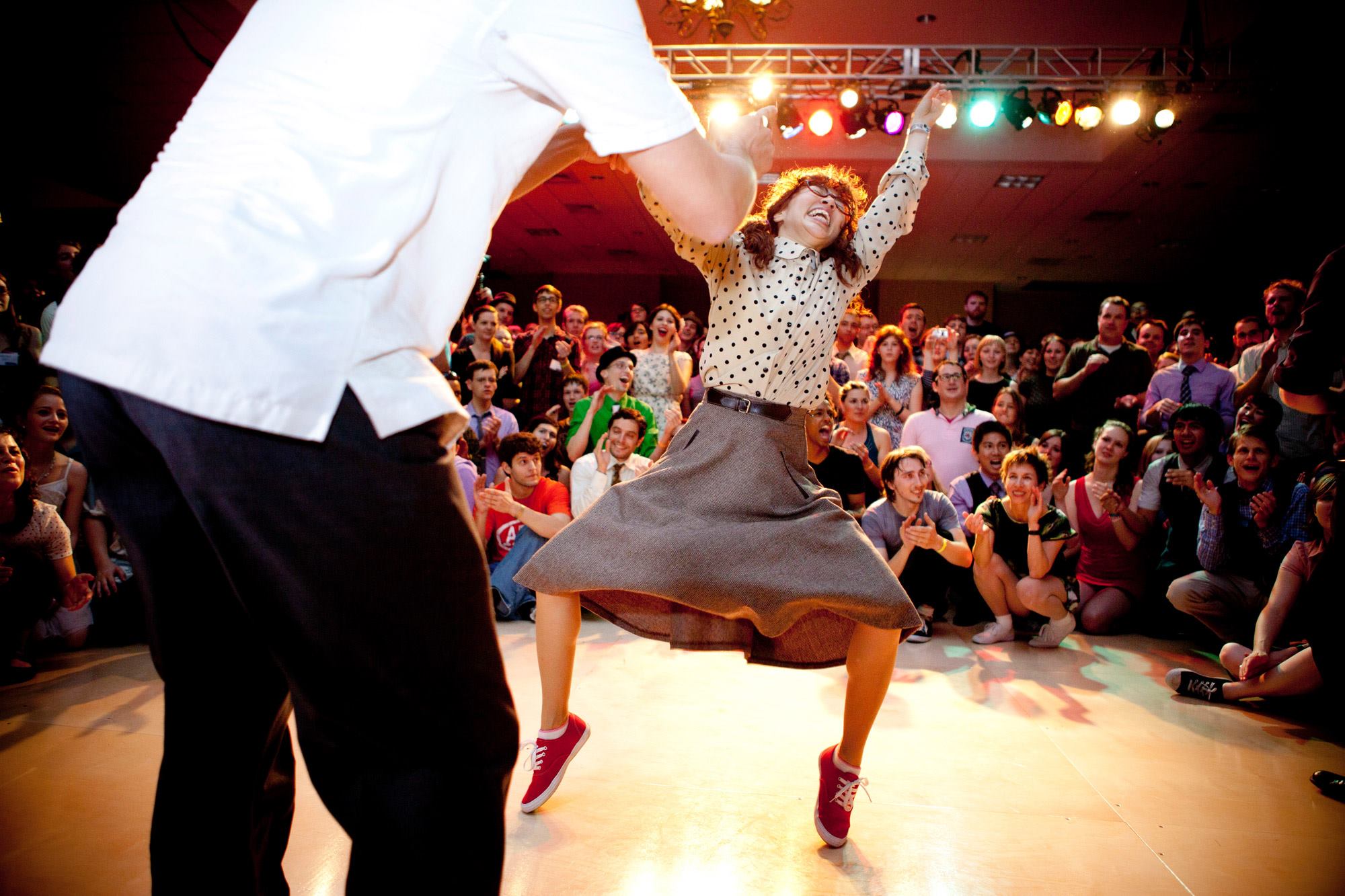 Last night, I got to see a sneak preview of the new swing dance documentary "Alive and Kicking" at the Brava Theater in San Francisco. A labor of love by director (and swing dancer) Susan Glatzer, the film "explores the culture surrounding swing dance from the emergence of the Lindy Hop to the modern day international phenomenon."

I probably need to see it again for a more thorough review. But here is my quick take on the film.

I think Glatzer captured well a lot of what makes lindy hop so fun, exciting and awesome. Going beyond the stereotype of airsteps and zoot suits, the film delves into the rich dynamics of lindy hop, the connection between follower and leader, the emphasis on improvisation and innovation, and the relationship of the dancer to the music of jazz.

The cinematography isn't brilliant, but it does the job of sharing some of the moments of beauty, fun and sheer badassery that we love as dancers. Most of the footage is of performance and competition dancing, but there's some nice portrayals of social dancing as well.

I appreciated the focus on the stories and perspectives of several different dancers, including Evita Arce, Augie Freeman, Steve & Chancie, and the DecaVitas. At the same time, the film included the voices of some of our elder statespeople, specifically Frankie Manning, Norma Miller, and Dawn Hampton.

The film doesn't shy away from some of the serious issues facing the lindy hop community, including questions of race and gender. There are no easy answers to why African-Americans aren't more a part of the modern lindy hop scene. But at least the questions get broached in the film.

I do feel that the film needed a more explicit narrative arc to engage the audience. It dragged at times, and didn't really leave you with any strong conclusions at the end. Dance films often rely on the tire trope of the competition to engage the viewer, which this film doesn't do. But it would have benefited from some kind of narrative frame to keep people interested. I'm a diehard lindy hopper, and I found my attention wandering toward the final 20 minutes, which is not a good sign.

Overall, it's a well produced love letter to lindy hop. I'm proud to be one of the financial supporters of the film. And I hope it gets lots of new folks interested in swing.

Coming to a theater and video streaming service near you soon! Check the website and Facebook page for updates.