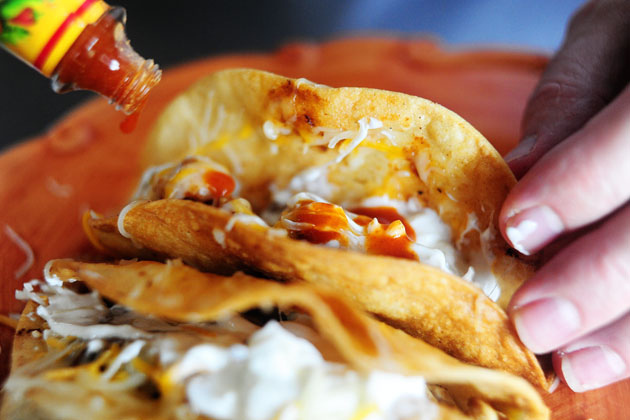 The other night I was was having dinner with a new friend in a dingy but comfortable Mexican restaurant in Oakland. Over veggie tacos, she was telling me about a project she was working on, one that she moved to the Bay Area specifically for. She recounted how much work had already gone into it, and how unprepared she felt to tackle all the things that were left to do. She described how many ways it could go wrong, which were numerous.

“Wow,” I said. “It kind of sounds like a fucking disaster.”

She grew serious, looked down at her food, and said softly, "Please don't call it that. This is really important to me."

It was like a ton of bricks fell on me.

I realized instantly that I had just insulted something that my friend was clearly very emotionally invested in. The rest of our conversation was pretty awkward after that.

I played and replayed the conversation back in my head several times that night after we parted. The next morning I apologized profusely for being a thoughtless idiot. She forgave me and we’ve been good ever since.

I’ve been thinking about that interaction – how it went from light banter to awkward and serious in an instant – and comparing it to how people interact with each other online.

There are lots of wonderful aspects of online conversation — the way that people hack culture to create funny or moving juxtapositions, the strange bits of obscure media that instantly become memes, the odd things that happen when co-workers, friends, family and random strangers all post in the same thread. We’re constantly inventing new ways of interacting, as technology gets faster and different kind of media become more available. Dubsmash, anyone?

But there’s also a lot to face-to-face interaction that online discourse can’t match. The perceptible change in gravity when someone mentions a common friend who passed away last year. The spirited banter of a group of friends after successfully completing some kind of test. The expectant pause as a desired other considers your offer of an afterwork drink.

Any one of these factors if changed could alter the nature of the conversation, make a difference between what is expressed and what is heard, change the outcome of the interaction.

From this context, online interactions seem relatively crude and simple by comparison. They are still largely text based, often simple threaded conversations, with one person typing something, and someone else replying back. The kind of emotional tone of speech is only roughly approximated by adding an emoticon 😎💰🎉or using fake code like <sarcasm>.

At the Mexican restaurant, it took me only a few milliseconds to perceive that I had hurt the feelings of my friend. But it was as clear as day to me from her body language, the tone of her voice, how she looked away from me.

Which makes me think of all the ways that we can miscommunicate or poorly communicate with each other online. What may begin as a simple question or an innocuous status update might spiral into a huge flame war, because we miss the nuance of what the person was trying to express. Two people who might find common ground in person find themselves locked into a heated and crass argument online. The other person isn’t even a person, with their own motivations and feelings — they are just pixels on a screen. 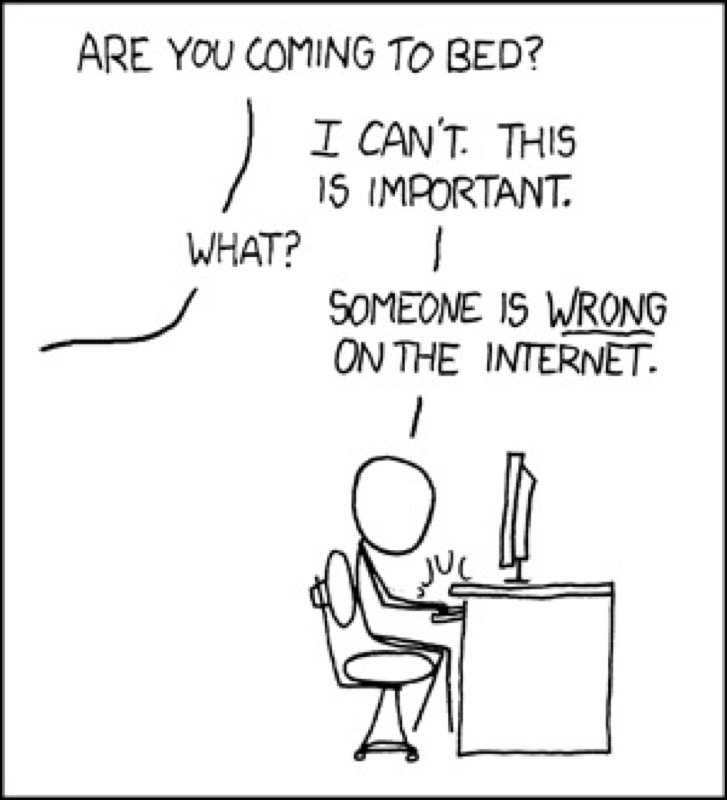 It makes sense really. We’ve evolved for tens of thousands of years expressing ourselves to each other face-to-face. We’ve only been “talking” online for the last 30 years or so.

We’re taught from the earliest age how we are expected to act with others in person (“Don’t forget to thank your grandma for the present.” “Say you’re sorry to your sister for breaking her toy.”) Who is teaching us civility online? What are the norms for discussing an issue with someone you don’t agree with, but wish to convince?

All these issues are playing out in real-time before us on Twitter, YouTube, Reddit and Facebook. Most of it is pretty messy and hard to watch. But it shouldn’t be surprising. Just because we have invented new tools for interaction doesn’t mean we created a new culture and methods for interacting civilly and peacefully.

I don’t know exactly what that would look like. It won’t be a new Miss Manners or Robert’s Rules of Order. Maybe we need a new hypertext mark-up language, a common communication standard that allowed more of the richness of human interaction to come through. Or a richer "profile" that allows the complex humanity of another person to come through, even someone you strongly disagree with. Or tools to force people to pause and consider their actions before rashly posting a snide remark, an insult, or personal attack.

Some of those technologies are being worked on right now. I hope to post more soon about what those are and how they might improve our discourse online.

Let’s invent ways to bring more of our humanity online, not just our words. (And eat more tacos.) 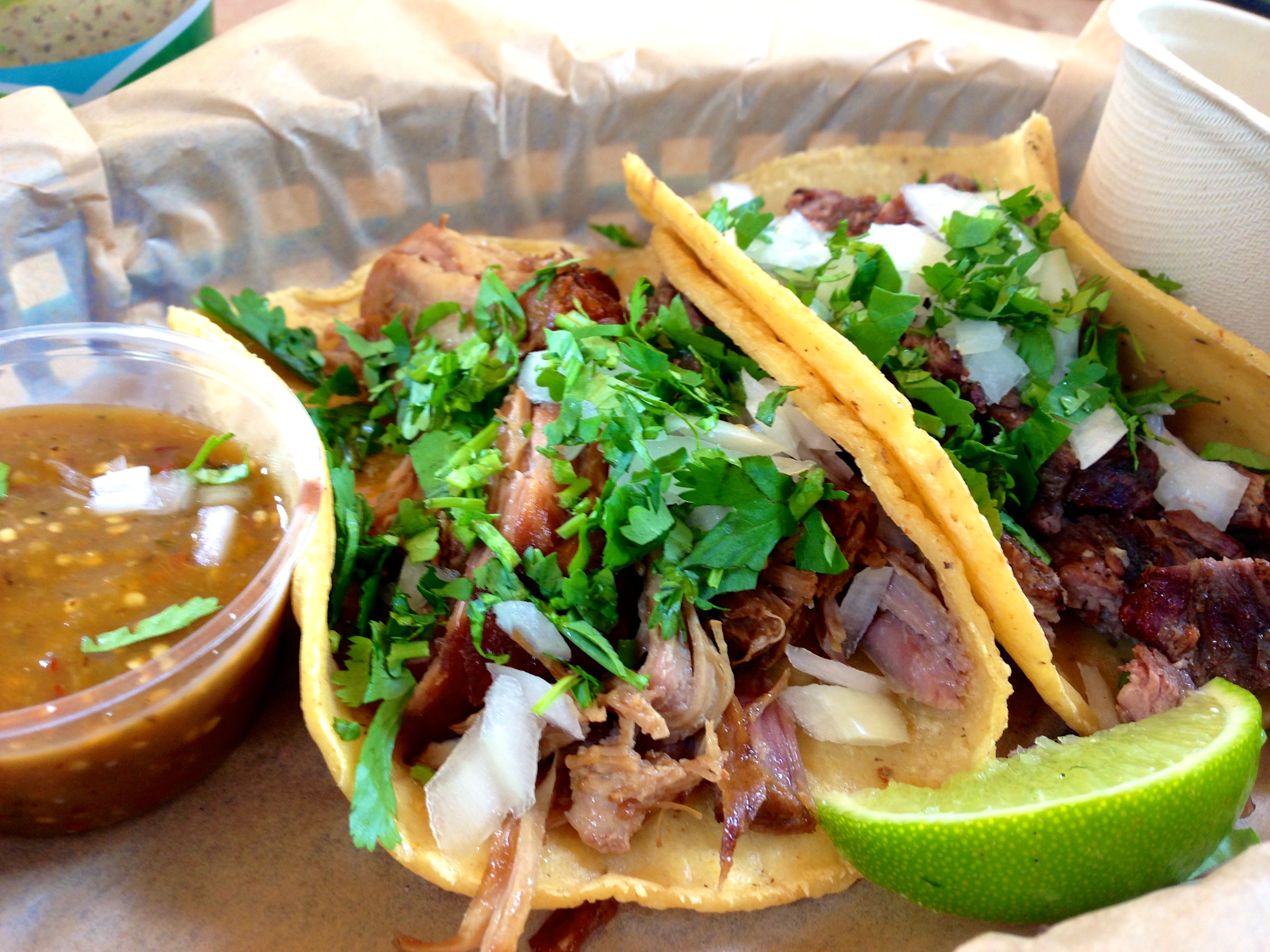