I had the opportunity to help teach swing dancing to a small group of teens the other day. It’s always great seeing younger people learn about this dance, particularly youth of color. That said, it’s a good reminder about how challenging partner dancing is for many people, particularly teens.

To successfully execute a swing dancing move, there’s so much to attend to at the same time:

It’s a lot to keep in mind at the same time!

For the first class I helped with, I noticed that the teens were having a particularly hard time just getting their heads around the idea of “leading” and “following.” It made me wonder if just concentrating on solo jazz / charleston would be easier for them as a first step into the world of lindy hop. That way, you are just thinking about what you are doing, not following or leading. And if you mess up, it’s not as huge a deal.

For the second class yesterday I got new insight into why the partner dancing aspect of lindy hop is so important for teens to learn.

In our small group of students, there were various levels of comfort with learning this new form of movement. A couple of kids were totally game and enthusiastic. Most were hesitant and nervous, but really trying. And one kid was completely resistant.

This boy, we’ll call him Eddie, hung out in the back of the room for most of the class. His entire body language was guarded — leaning back, arms close to his body, a cap and a handkerchief cover up most of his face. The message was clear: this was the last thing he wanted to be doing on a Tuesday evening.

When we paired up, Eddie was extremely reluctant to touch his partner. The most we could coax out of him was his right arm around the waist of his partner, but his left hand was firmly jammed into his pants. That said, he did attempt to lead the basic step along with the rest of the class.

Interestingly, Eddie was more resistant to dancing with adults. He only wanted to dance with other teens.

As he moved around the rotation, he got to Jill, another adult helper. Eddie was not willing to touch her, which Jill took in stride. She and Eddie conversed quietly and I saw them moving together, as Eddie explained something to her.

After the class, I asked Jill what they were talking about. Jill said that Eddie was not interested in dancing. Jill asked him what he did to move his body around. Eddie explained that he was into boxing. Jill then asked him to demonstrate some boxing footwork, which he showed her. Jill then explained that boxing and dancing weren’t that different — you were moving in space with another person, paying attention to each other.

And in that moment, I feel like I got some insight into Eddie and his perspective.

The difference between boxing and dancing is that when you are boxing, you are in an oppositional relationship to the person you are partnered with. Your posture and intention is to protect your head and your body from the punches of your opponent. I had a sense that from Eddie’s experience, this protective stance was something that was necessary in his day to day life.

Partner dancing is the opposite of that. You are actively working with your partner to successful execute the steps. Your body is in an exposed position in relationship to your partner, your arms engaged in connecting to the other person. I think that was why Eddie was so reluctant to use his left hand during the class. That would leave him in a more exposed position to another person. 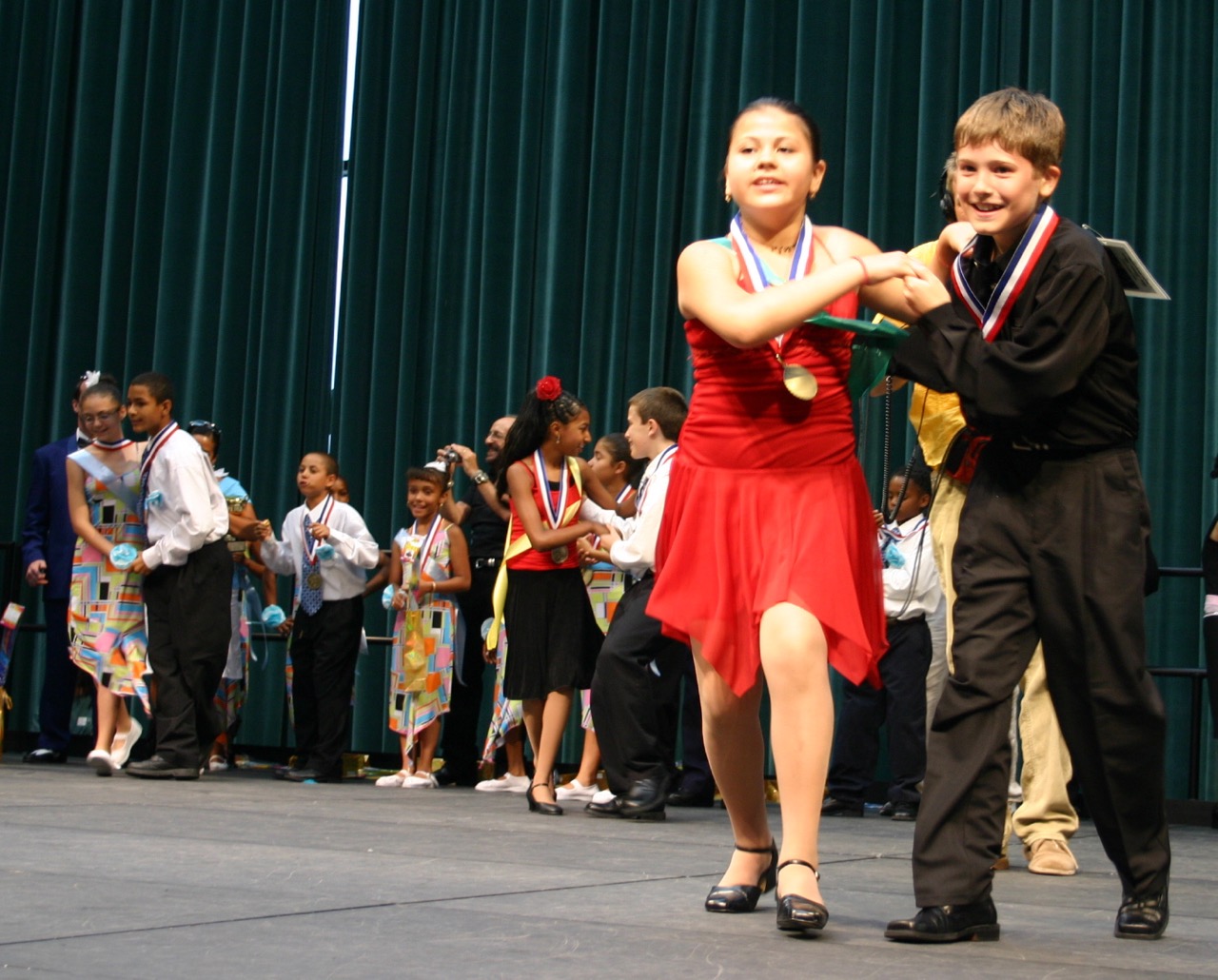 It’s a good reminder to me that swing dancing is more than just learning some steps. It’s about trusting another person, working together, and risking failure. These are all actions that a young person, even in the best of circumstances, struggles with. But it also means that if you can get a young person to go into that risky space and achieve even some small success, that can have repercussions that go far beyond dancing.

1 thought on “Teaching Swing to Teens: Learning to Trust and Be Vulnerable”