I have been hearing about the wonders of the “Corpse Flower” (Amorphophallus titanum)  for years, but never had a chance to experience it until last night. My friend Diane posted on her Facebook wall that she was going that night to catch the extremely rare Corpse Flower blooming event at the San Francisco Conservatory of Flowers and invited people to come. I dropped everything and biked over.

It was quite the spectacle at the Conservatory, as crowds clamored to get a glimpse and a whiff of the notoriously smelly flower. 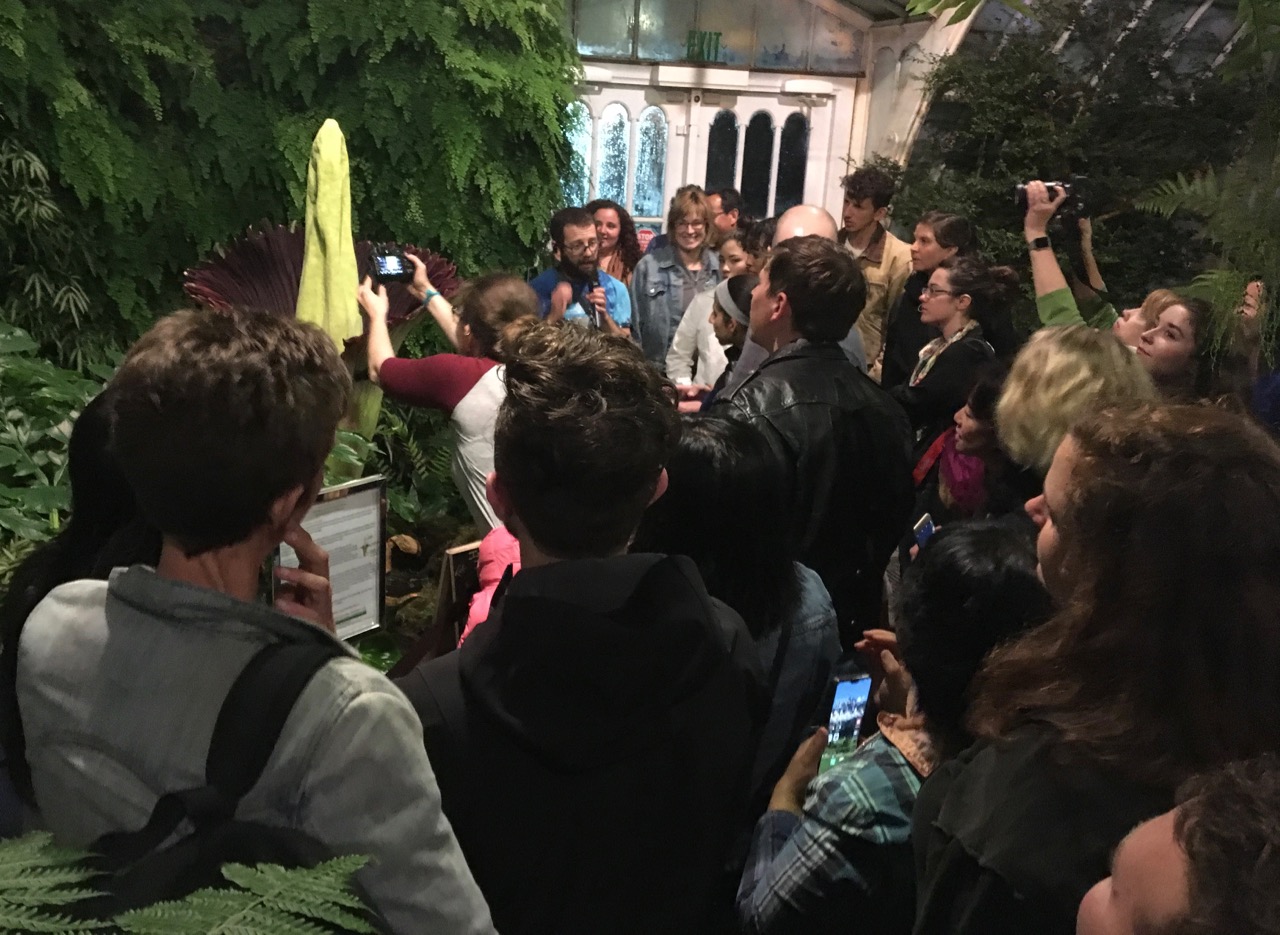 Horticulturalists provided on-going commentary and answered questions all night. Endless selfies were taken. It was a happy and diverse crowd of flower nerds.

And yes, it is INCREDIBLY putrid smelling. If you have ever been around a large recently deceased animal that has been rotting in the sun for a while, that is basically what it smells like. Isn’t Nature amazing?