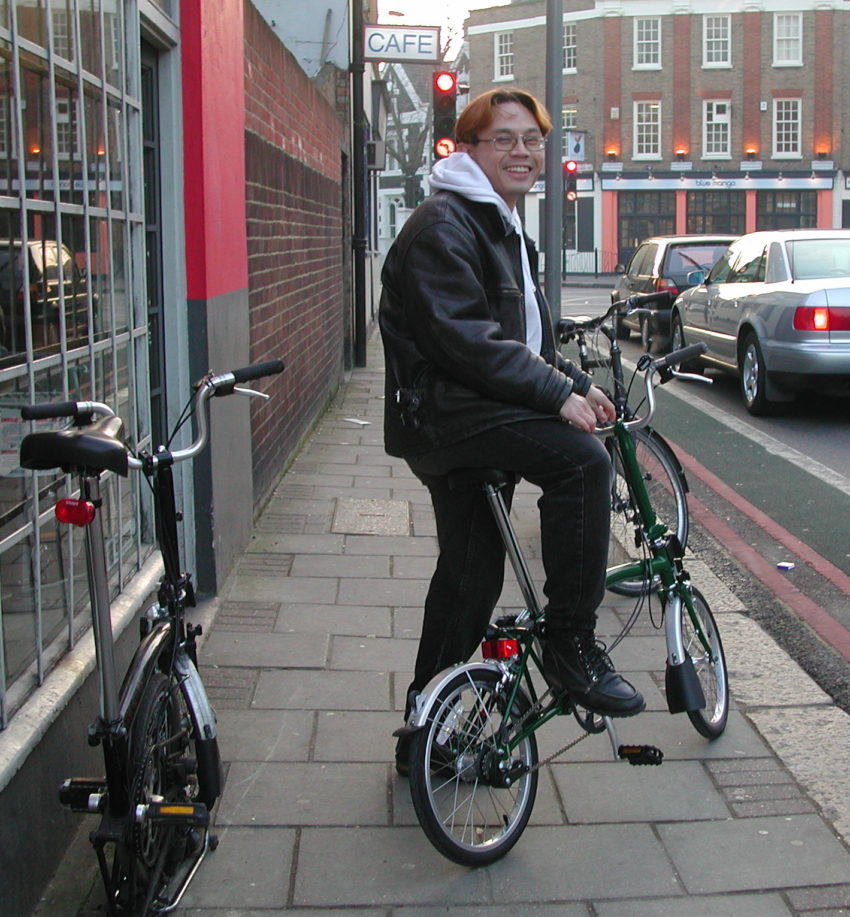 Me on my Brompton folding bike in February 2003, right after purchasing in London, UK.

Well, it was bound to happen sooner or later. My Brompton folding bike got stolen tonight.

It was locked to a "No Parking" sign on Broadway and 13th Street.  Sometime between 7:30 and 9:30pm, someone took it from in front of the big Union Square multiplex.  Hundreds of people probably passed whoever it was who jimmied the lock and walked away with my bike.  But as has been proven beyond a doubt, bike thieves act with impunity at any hour of the day.

I loved that little bike.  It has been with me in four countries, and around all five boroughs of New York City.

I’m pretty upset. But then again, five years is a pretty good run for a fairly high-end bike in New York.  I’ve had several other bikes taken in the past, and probably will lose others in the future.  At the end of the day, it’s just a thing.

Now the only question is: what kind of bike do I want to get next?

3 thoughts on “Dammit, someone stole my Brompton bike!”