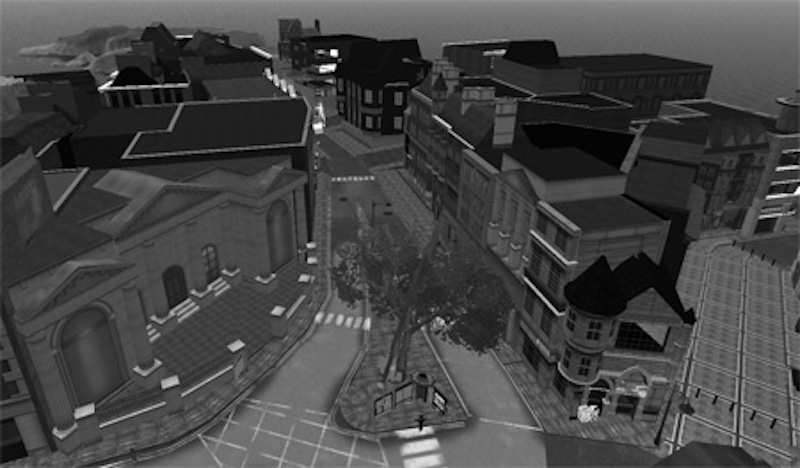 Lots more attention than I expect from yesterday’s post about “Quaker Life: World of PeaceCraft” the new Quaker-themed MMORPG.  I got a follow-up email from the WoP CEO of Thaddeus Thomas, who frankly wasn’t too thrilled that I leaked the news prior to their press conference next week.  Urgg, sorry about that.

Anyway, Mr. Thomas gave me a bit more details about the gameplay that you might be interested in.

First off, Quakers are known for, well, quaking when they are seized by the Holy Spirit. Apparently when your game character is in a jam — say surrounded by an unruly mob in post-reformation London threatening to stone you — you can call upon the Holy Spirit.  If your “Inner Light” meter is charged, you can unleash a devastating quake that literally shakes all of your persecutors to the core.  Neat!

Holding in the Light is another powerful ability that you receive after the initial “Convincement” level.  If you encounter another character in need (depressed, angry, in conflict, etc.) you can “hold them in the light.” This power uses state-of-the-art animations and particle effects to part the clouds and cast a beam of light on another character, replenishing their Inner Light meter.  Multiple players doing this at the same time create a cascade effect that lights up the whole area around them.

Other “Empower-Ups” include Letting Your Light Shine, Discernment, and Wise Counsel.

I was glad to see that, unlike other Christian video games, the player doesn’t have to “convert” other characters to win.  Instead, advancing to new levels is done by getting an entire “Meeting” of players (analogous to guilds in WoW, I guess) to achieve certain objectives, like free 100 slaves or closing down a military base.

Frankly, I’m dubious about how fun this MMOPG (massively multiplayer online peacemaking game) is going to be.  Hopefully I will get a hold of an advanced demo soon and maybe even post a video cap to give you an idea if this is worth buying.  Stay tuned.

World of PeaceCraft (PC and Mac versions available) is due out in stores and online by early December 2008.

4 thoughts on “More on “Quaker Life: World of PeaceCraft” gameplay”