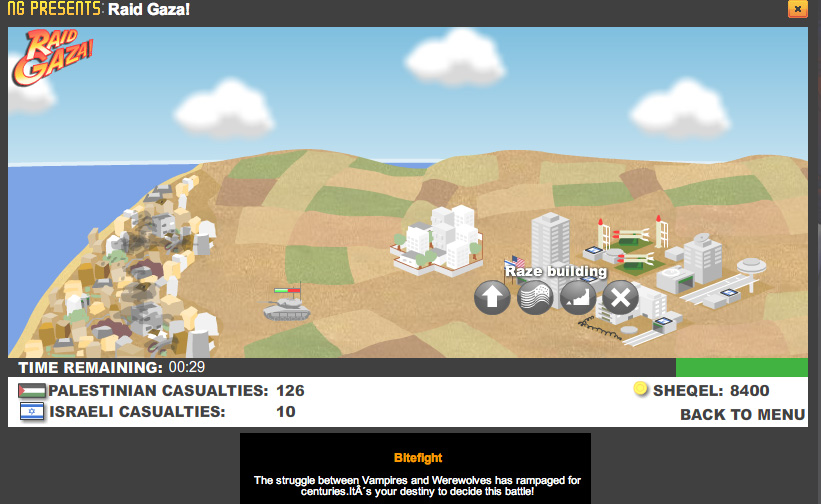 On the website "New Grounds" there's a new Flash game about the Israeli-Palestinian conflict called "Raid Gaza!" Some might question the value of this kind of serious issue game, particularly now when the hospitals and morgues are filling with civilians and combatants from the latest flareup.

I think "Raid Gaza!!" does succeed in presenting in a vivid way a particular message about the conflict in a way that is qualitatively different than any other form of media.  And it's a well-designed game, involving basic resource allocation, strategy, and animations that all serve the message.

I noticed when I played that there was a text ad at the bottomfor another game that seemed probably unintentionally appropriate.  The game is called "Bitefight" with the tag line:

"The struggle between Vampires and Werewolves has rampaged for centuries. It's your destiny to decide this battle!"