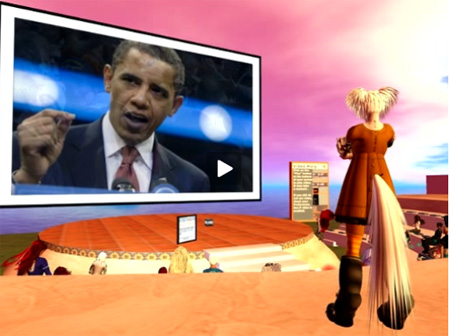 While I was in DC for the real thing, apparently there were several virtual gatherings of people from around the world to watch the Inauguration of Barack Obama yesterday. My friends at Ill Clan Studios provided this excellent video coverage of one such event from NetRoots Nation in Second Life.

There were definite advantages to watching this historic live and in person. That said, the virtual inaugural viewing experience has its own unique attributes: