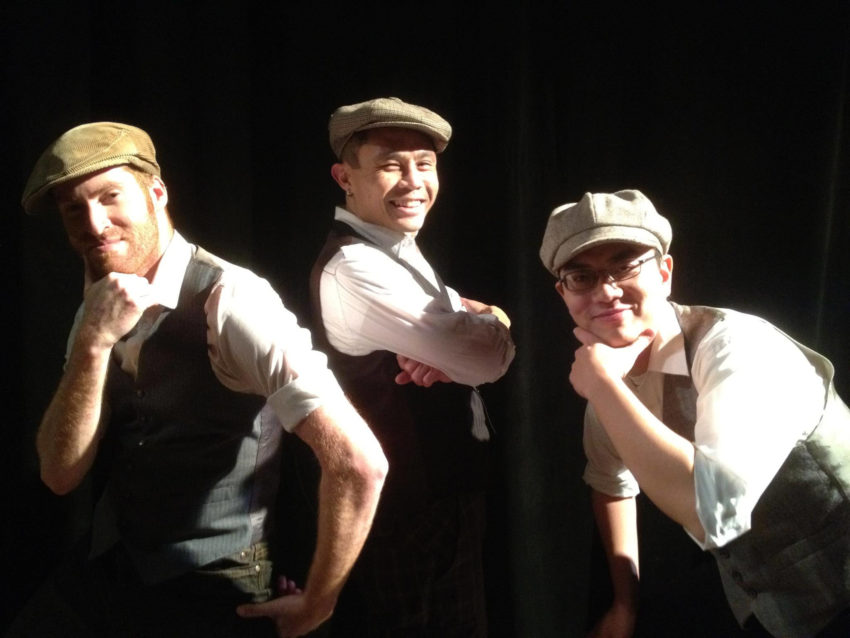 A couple of months ago, I had this crazy idea to adapt the “Shim Sham Shimmy” line dance into a b-boy / breaking routine.  As one of the few b-boy / lindy hoppers in the world, I figured this might be an interesting way of connecting these two awesome dance forms for others to see.

The Shim Sham is a dance that is performed at swing dances all around the world, from Shanghai to Sweden. In my mind, there were clear analogs between the tap / swing steps in the Shim Sham like the Half-break, the Tacky Annie, and Pushes to b-boy moves like Sweeps, Cee-cees, and Uprocks.  But I had never put together an entire routine like this together before.

I showed an early version of the routine to my friend and fellow b-boy / lindy hopper Jeremy “J-Blaze” Harris.  He helped me refine the movement, come up with transitions, and added some dope elements of his own.  Shawn Chiao came in to give his own input and perform it with us.

Here’s the result, performed at the “9:20 Special” lindy hop dance at the Russian Center in San Francisco. I think it came out pretty well, despite a few rough patches.  We hope you like it!

Thanks to the nice folks at the 9:20 Special for allowing us to perform for you awesome crowd.  Such a fun night!

1 thought on “The B-Boy Shim Sham: A Fusion of Lindy Hop and Hip Hop (video)”