Here's another wonderful gem from the trove of maps I got from work : a "Motoring Guide of India" published  1961. A large, handsomely hardbound book, the guide gives detailed information on the roadways of India, including the status of particular bridges, tollways, and local weather issues. 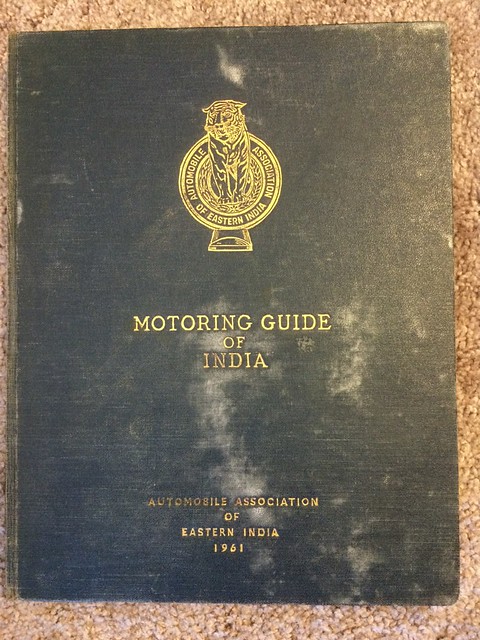 The book also contains handy driving information like rules for bicyclists, animal-drawn wagons, and trucks on the road. But the best part of the book by far are the advertisements.

This tobacco ad has such great illustrations! Look at how suave that fella is! 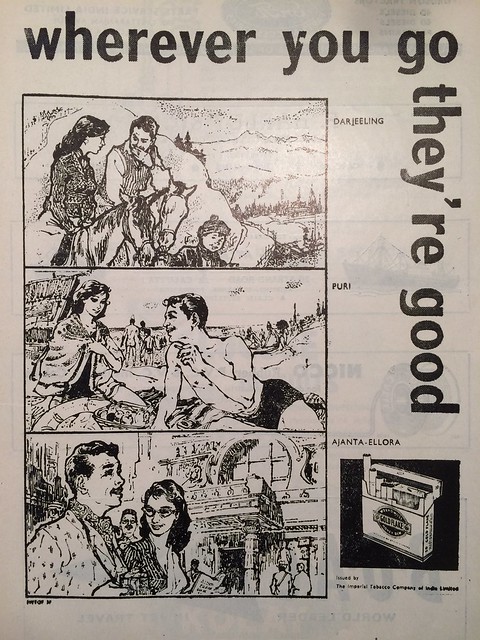 This underwear ad for Pioneers Knitting Mills of Calcutta is so innocent it just makes me smile. 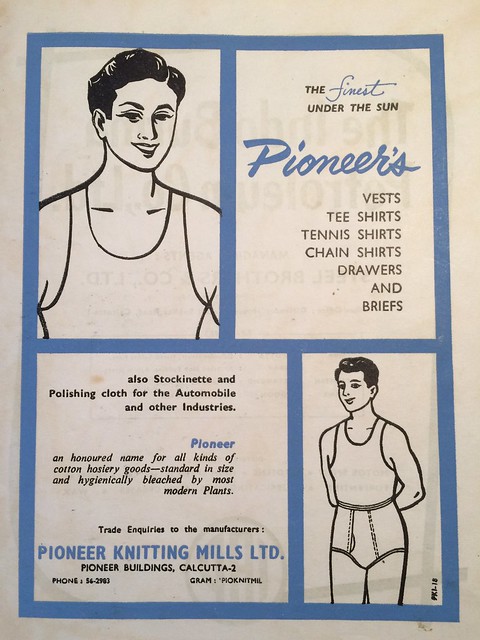 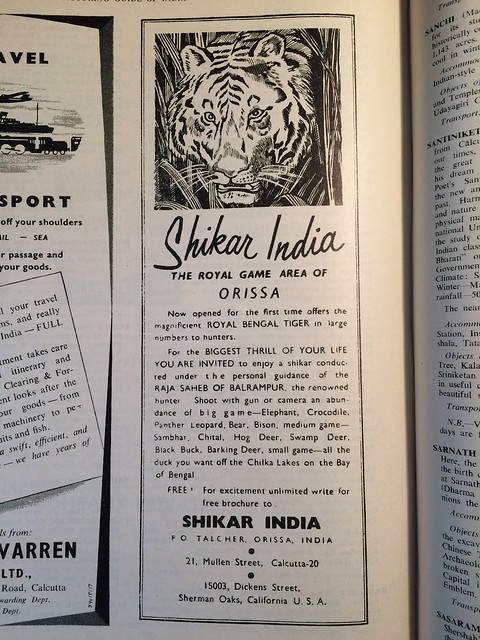 I'm not sure what mode of transport "B.I." is, but the illustrations are just the best. Any more info? 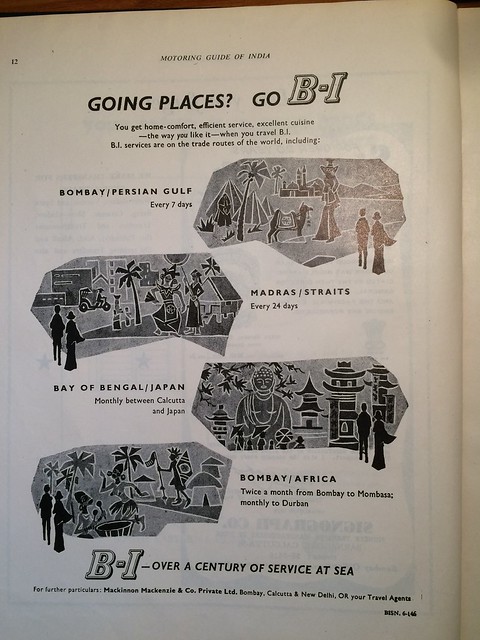 Guys, GUYS! The Crown Thermic Jug Deluxe is a MAGIC JUG. They couldn't print it, if it wasn't true. 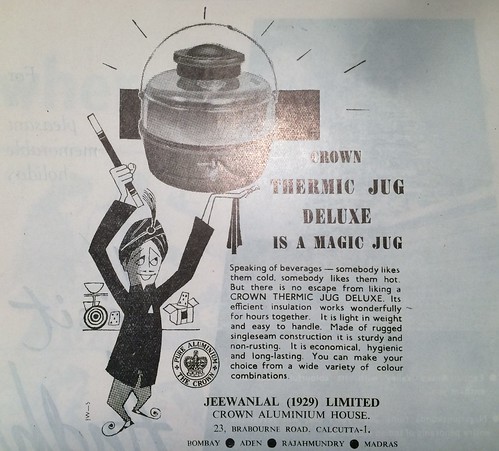 Speaking of magic, this by far is the best ad in the whole book: The Miracle Man with Unrivalled Power! 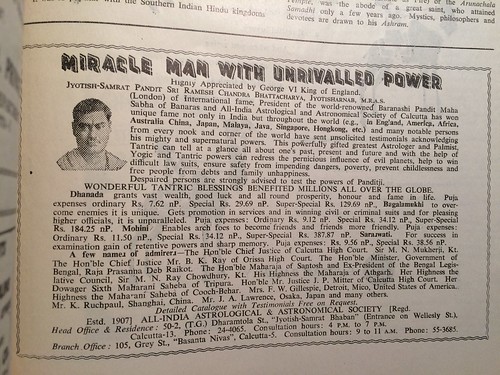 According to this ad, Mr. Jyotish-Samrat Pandit Sri Ramesh Chandra Bhattacharya (whew!) , president of the All-India Astrological and Astronomical Society of Calcutta has won unique fame not only in India but throughout the world. He is reportedly an astrologer, palmist, and tantric who can tell all about one's past, present and future, and can "redress the pernicious influence of evil planets, help to win difficult lawsuits, ensure safety from impending dangers, poverty, prevent childlessness and free people from debts and family unhappiness." Also, his rates seem very reasonable, although I wonder about the differences between "Ordinary," "Special" and "Super-Special" services.  Check the hours since he has a main office and a branch office in Calcutta.

It's so cool getting a peek into the style and culture of another era. I wonder if we'll look back in 50 years at the banner ads and popups of this era with the same sense of nostalgia?