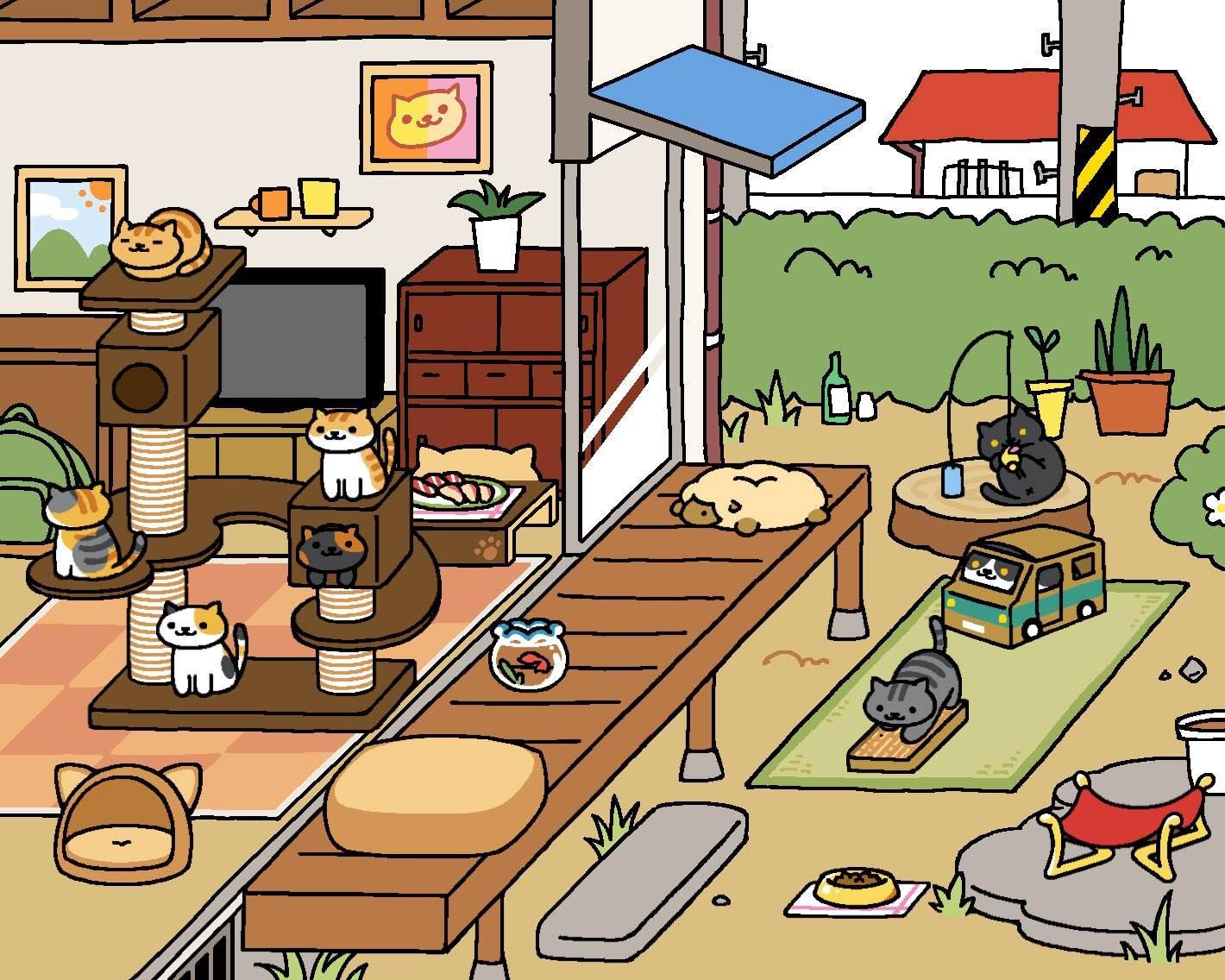 Neko Atsume is another weird, popular app coming to us from (of course) Japan. Originally released in Japan in October 2014, a year later an English version was released for the IOS and Android, which has garnered over 10 million downloads as of December 2015.

The app could not be more simple: you are presented with an empty backyard, which you can populate with items that cats like — scratching posts, cat toys, and more importantly food. After some time (a minute to an hour) cats will appear in your yard, enjoying the gifts you have left for them. The food you put out for them eventually goes away, which you have to replenish or the cats all leave. For your troubles, the cats leave you either silver or gold "fish" ("niboshi" in Japanese) which is the virtual currency of the game that you use to purchase more items and upgrades. And that's pretty much the entire experience.

I've been playing for about a week and I can see why it is so addicting. It's basically a cat collecting game, so if you are at all into cats (which is most of the internet), then you will love this. It's also stupid simple. Literally a child could have created this app.

As much as I love it, I do wonder, does Neko Atsume qualify as a game? And if so, what can we learn from Neko Atsume as game designers and observers?

There are lots of different lists of characteristics of games. This is the one I use, which amalgamates a few common ones. Most games have the following characteristics:

Other important aspects of most games:

These might seem self-evident, but when you look at certain edge cases, they become more real. For example, is Legos a game? There are games that can be played WITH Legos, but building blocks are part of play, not a game. Or look at the difference between playing "catch" and "three flies up." Very similar experiences, with a couple of key differences that make one simply play and the other an actual game.

What Makes Neko Atsume a Game?

There are rules and restrictions to Neko Atsume, baked into the code. You can place furniture and toys and food, but you can't change the yard. You are limited in where you can place items. Once you are out of fish, you can not purchase any more items. Cats won't come if you don't put out food.

There are clear obstacles in the game. One cat — the much hated Tubbs — eats all of your food if he happens to come into your yard, driving all the other cats away. The most coveted items costs the most fish to purchase. But what makes the game weird is that there really aren't that many obstacles or "enemies" to contend with. Even Tubbs has his good points, since when he does eventually leave, he drops a lot of fish on you.

There are more effective strategies to Neko Atsume, mostly around which items to purchase to get the most fish. They are very easy to find on the internet. Or you can just punk out and buy more fish using real world currency, which the developers only gently encourage you to do.

Chance plays a large factor in Neko Atsume, since you don't really know which cats will spawn and when. There are ways to increase the odds of certain cats showing up, but putting out their favorite toys and treats. But you could just get unlucky and get Tubbs every time.

What Makes Neko Atsume Not a Game?

The main thing that makes Neko Atsume not a game is that it has no clear win-state. You can keep playing it forever and never achieve any sort of end. Presumably, the goal is to collect all of the cats. But there is nothing in the game design that compels you to do that.

If anything, winning happens outside of them game, when you share with your friends on social media your cat collection or your pimped out yard. Winning is about bragging rights (and Facebook Likes) among your similarly addicted friends, like when I earned enough fish to purchase the yard expansion.

Put another way, "winning" is more about aesthetics than achievement. I.e. putting together an entire room with just pots that are filled with cats. Or getting only the calico cats. It's like playing your chess pieces into an particularly beautiful arrangement and declaring yourself the "winner" of the match. 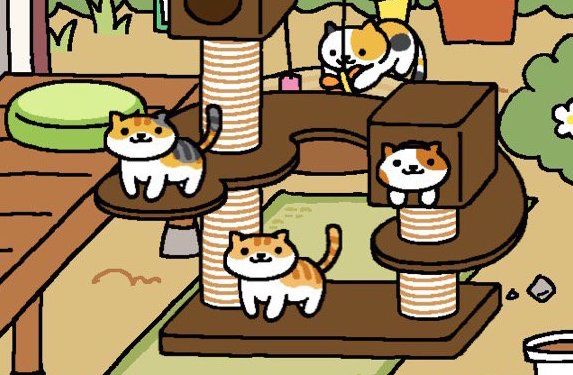 Another challenge to the "game-ness" of Neko Atsume is player agency and skill. There just isn't much for the player to do that is meaningful. You place objects… and wait. This takes no skill at all, other than, I suppose, patience.

VERDICT: It's a Game…. a Strange, Strange Game

What makes Neko Atsume so interesting is that it challenges the very idea of what makes a game a game. And it challenges what is accepted dogma about what makes a good digital game. It boils down player-interaction to the most basic mode possible. It's graphics and animations are laughably simplistic. The outcome seems almost nihilistically deterministic. There is no win-state or end-goal.

And yet, it's engaging, fun and rewarding at a very basic level for millions of people. It clearly focuses on some basic human desires and dispositions — our love of "cute" things, our desire to collect, the satisfaction of providing food and comfort. There's something rich and surprisingly deep in this simple cat game.