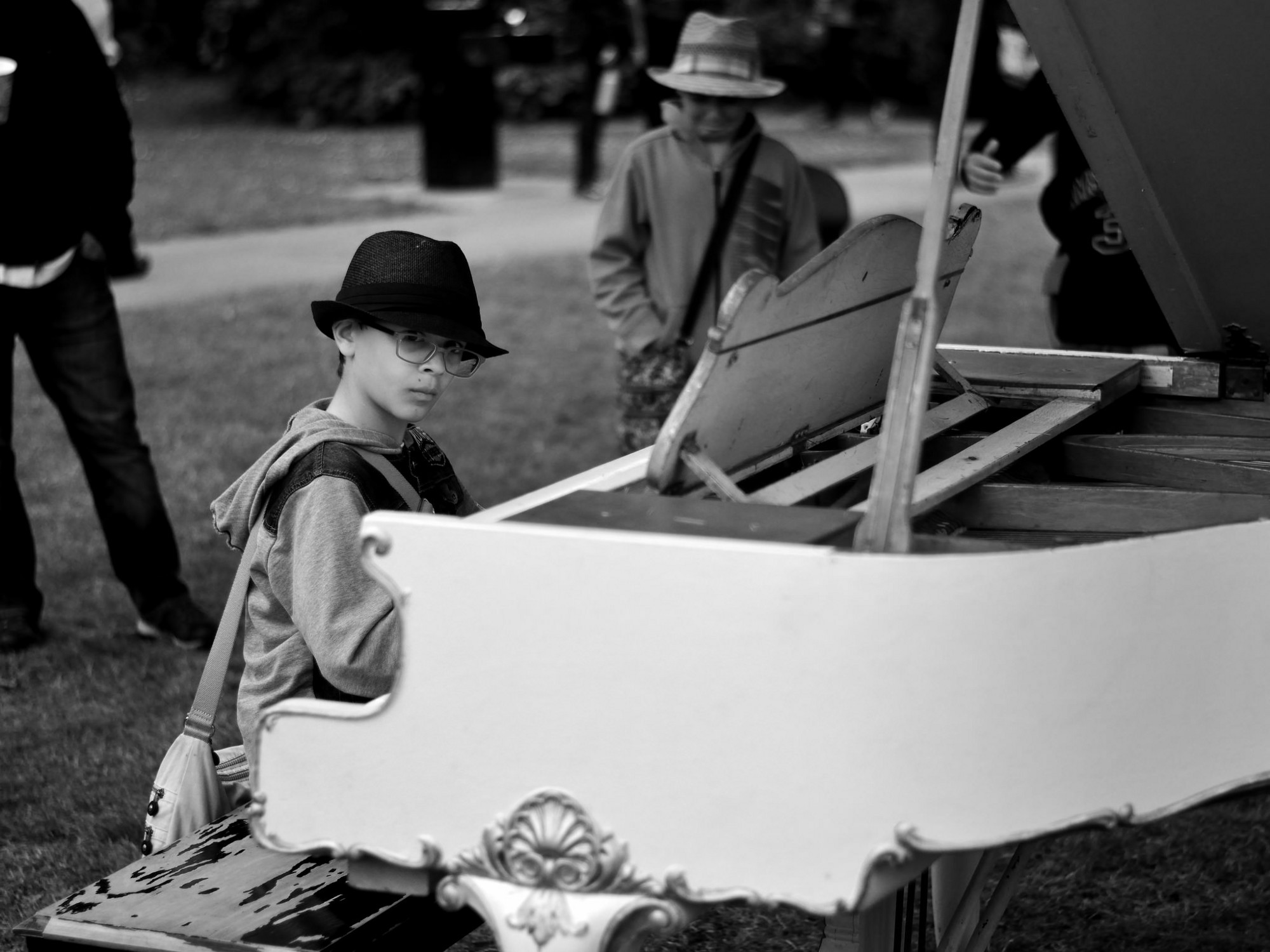 Today I was in the San Francisco Botanical Gardens for their wonderful "Flower Piano" festival. Pianos are placed strategically all around the beautiful gardens, and anyone can turn up and play whatever they know. I saw lots of young kids playing who reminded me of that brief time in my life when I was a pianist. And it reminded me of why I stopped.

I spent a few years of my adolescence learning classical piano. It wasn't something I chose, it was something I was told to do by my parents. So I worked at it as hard you can imagine an adolescent would work at something he was made to do by his folks.

I don't really know what their motivations were. I had never expressed interest in making music. (If anything, I wanted to be a dancer.) I think it had more to do with some vision my folks had of what your children did when you reached a certain economic status. You built a big house, put a piano in it, and had your children learn to play it. That's how it was done. End of story.

I think I was a decent pianist. I actually practiced fairly regularly, probably more because of my fear of my teacher and the possible disappointment of my mother than any actual desire to make beautiful sounds. Still, I went to my weekly private lesson, performed at regular piano recitals, year after year, playing more and more advanced compositions.

Then, one time, I met a boy who changed everything I thought I knew about playing music.

I was maybe 14, and he was 15 or 16. The boy, whose name I've forgotten, was visiting us from Chicago with his family. His father was old friends with my dad from back in the Philippines, I think.

When everyone found out that both the boy and I played piano, they had us both do an impromptu recital in the our living room. I don't remember what I played. It was probably something by Debussy or Chopin. Pretty, melodic, not super exciting.

The boy played a mix of showtunes and pop standards. His music was… fun. It had energy and emotion. And he knew how to entertain us while he was playing. Apparently he played for high school musicals in a band.

I had never met someone my age who could play piano that way. It seemed superhuman to me.

The funny part was, afterwards he mentioned how hard my music was. "Oh I could never learn that," he said. "It's way too complicated."

Afterwards, I asked my piano teacher why couldn't I play more modern music and pop songs. She said something about first learning the fundamentals of classical piano, and then moving on to more modern arrangements after I had mastered those. I'm sure it made sense to her, but to me it sounded terribly boring.

I didn't lasted much longer playing piano. There just didn't seem to be any point to it.

I think my parents made the best decisions they knew how to make as new immigrants to this country. But I do wonder what might have happened if I had had a different musical learning experience. One that helped me find my own joy in playing, in performing, in entertaining others. It took me decades later for me to experience that with dance. I guess I'm fortunate in a way. Some folks never find that.