I went to see the new film "Blade Runner 2049" at the Alamo Drafthouse last weekend. Although I knew no one else would, I wanted to dress up as one of the characters from the original "Blade Runner." But who to be?

So many iconic roles: Deckard, Roy Batty, Pris, Sebastian. But when it came right down to it, there was no choice. I had to be Gaff, the laconic but stylish detective played perfectly by Edward James Olmos.

Most of my costume was made up of stuff I already had lying around the apartment, including little bits of origami. The only purchase was a $5 costume moustache and goatee, and a cheap bamboo cane.

I think it came out pretty nice! What do you think? 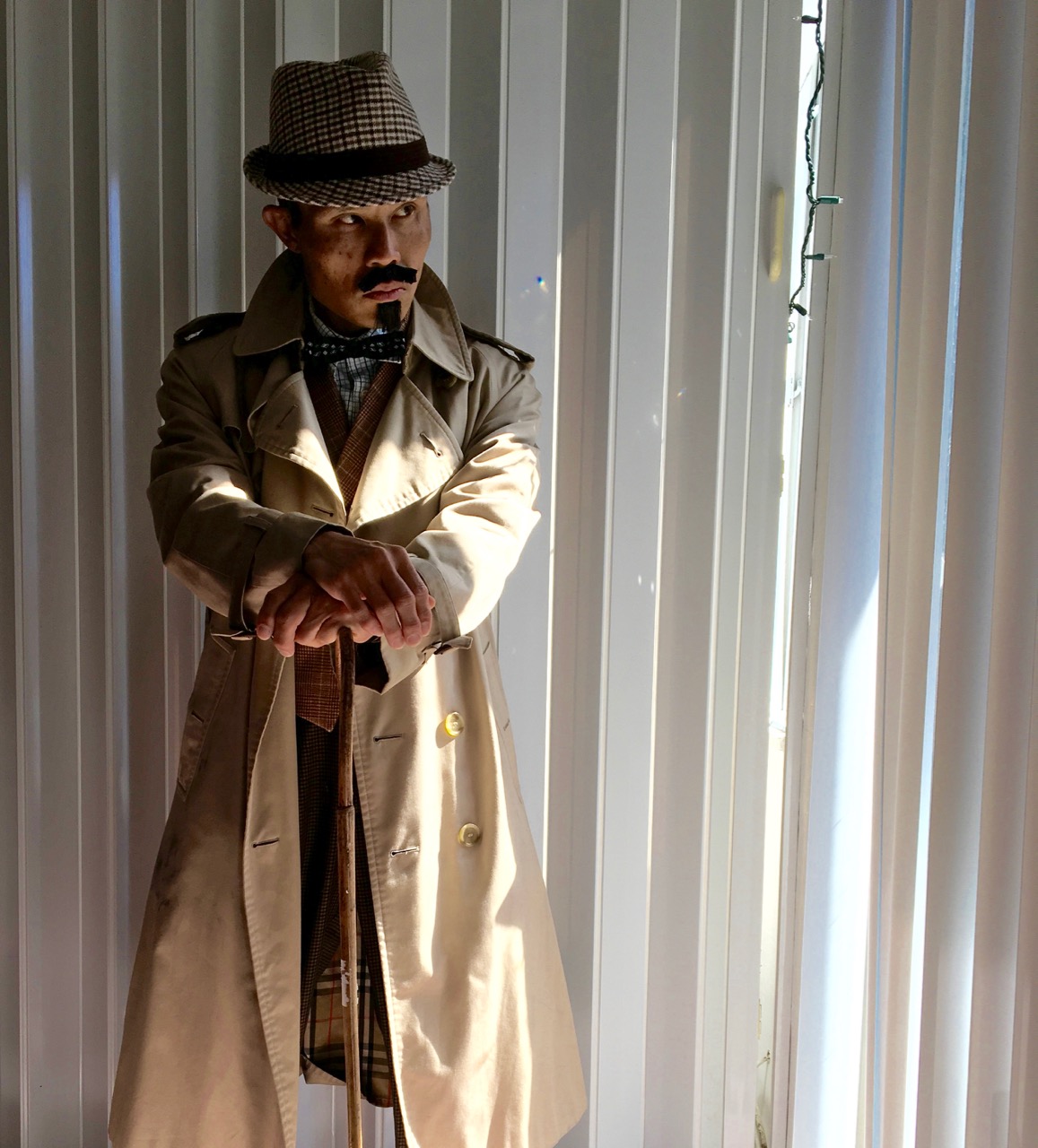