A couple of weeks ago, I got my hands on the Beyond Burger by the company Beyond Meat, purported to be one of the most meat-like veggie burgers on the market. Check out my review if you haven't read it yet. The short version is that I enjoyed it a lot!

This week, I got ahold of another product by the same company, the Beast Burger.

What's the difference between the Beyond Burger and the Beast Burger? According to their website:

The Beyond Burger™ is a ready-to-cook "raw" patty that looks, cooks, and tastes like a fresh beef burger, and it will be sold in the meat section of the store. The Beast is a precooked frozen patty shelved with other frozen items. Our goal in creating The Beyond Burger™ was to provide the full 360° mouth-watering, juicy, and delicious experience of beef but without so many of the health, environmental, and animal welfare downsides of traditional animal-based meat. On the other hand, we developed The Beast with nutrient density in mind, working with Brendan Brazier, a rockstar plant-based triathlete to develop it. The Beast has 23G of protein and a slew of vitamins, minerals, antioxidants, and omegas to help support performance and recovery for especially active folks.

Their actual ingredients are very similar, the number one being "pea protein isolate" followed by several forms of oil. No soy products, and gluten free.

Equally important is the manner in which both products are made available to the consumer. I found the Beyond Burger in the refrigerator section of my supermarket (although not the meat section, as claimed on the website). It looks and feels quite a bit like raw ground beef. 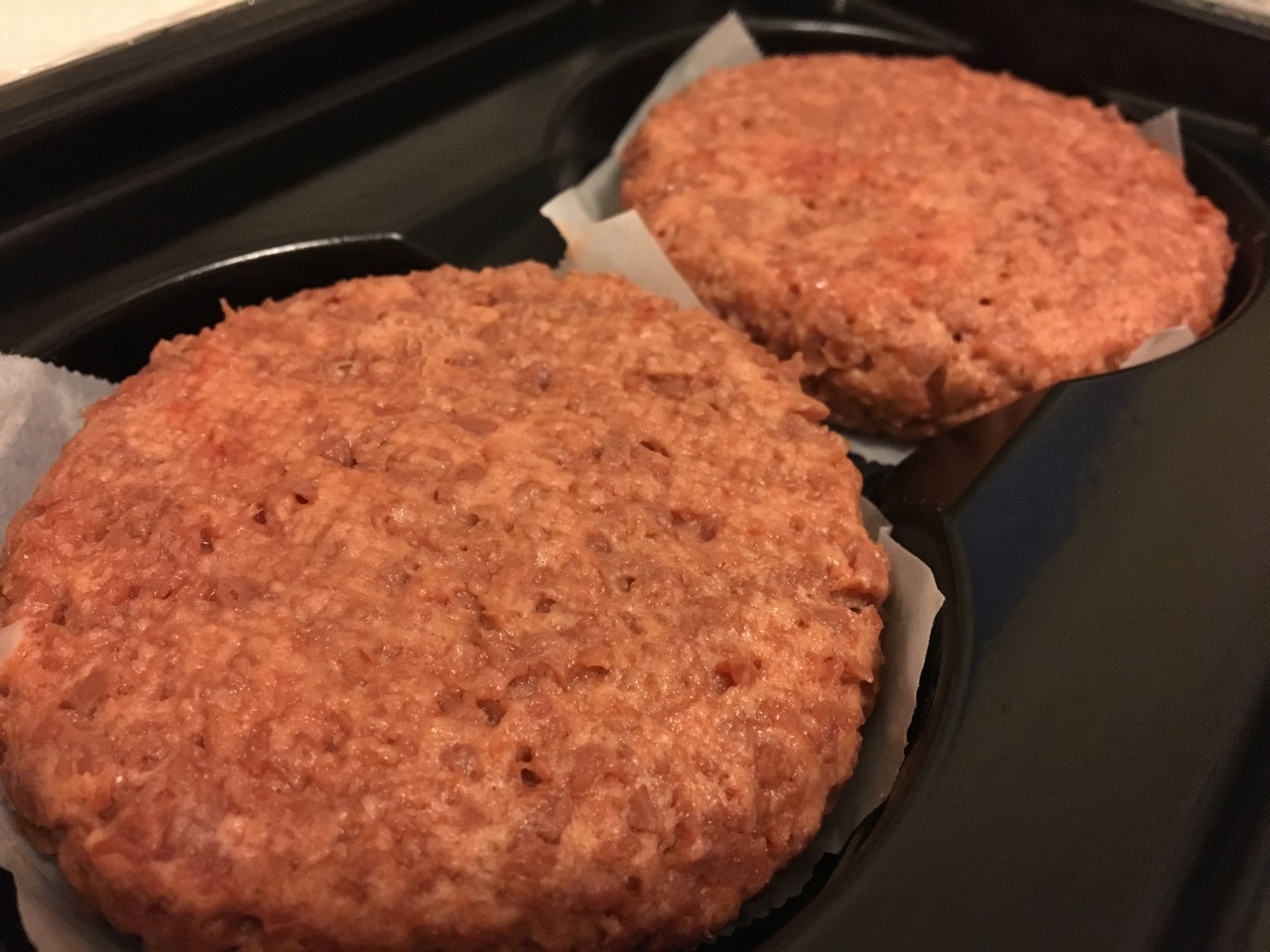 The Beast Burger, by contrast, is found in the frozen food section, and is sold as pre-cooked patties. I think this difference has a big factor in how they taste.

I cooked the Beast and the Beyond Burgers quite similarly: in a hot pan with a little bit of oil. I was careful not to overcook either, aiming for a nice sear on the outside, but still soft and juicy inside.

Here's how both of them came out. 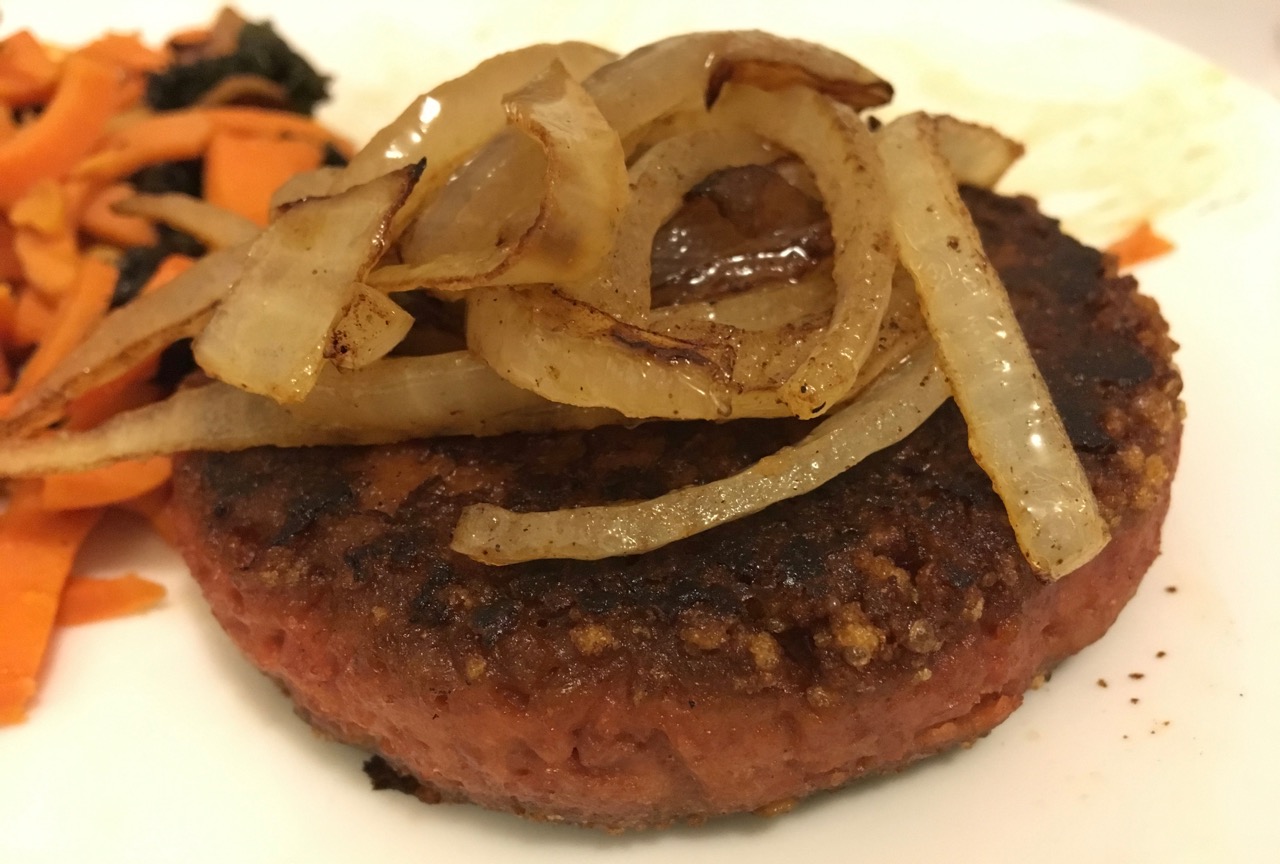 You can see that the Beyond Burger still has some redness in the middle section, with the top and bottom nicely browned and chewy. The Beast Burger is more of a uniform density, with not much contrast.

This is much more evident from examining smaller bits of both burgers. 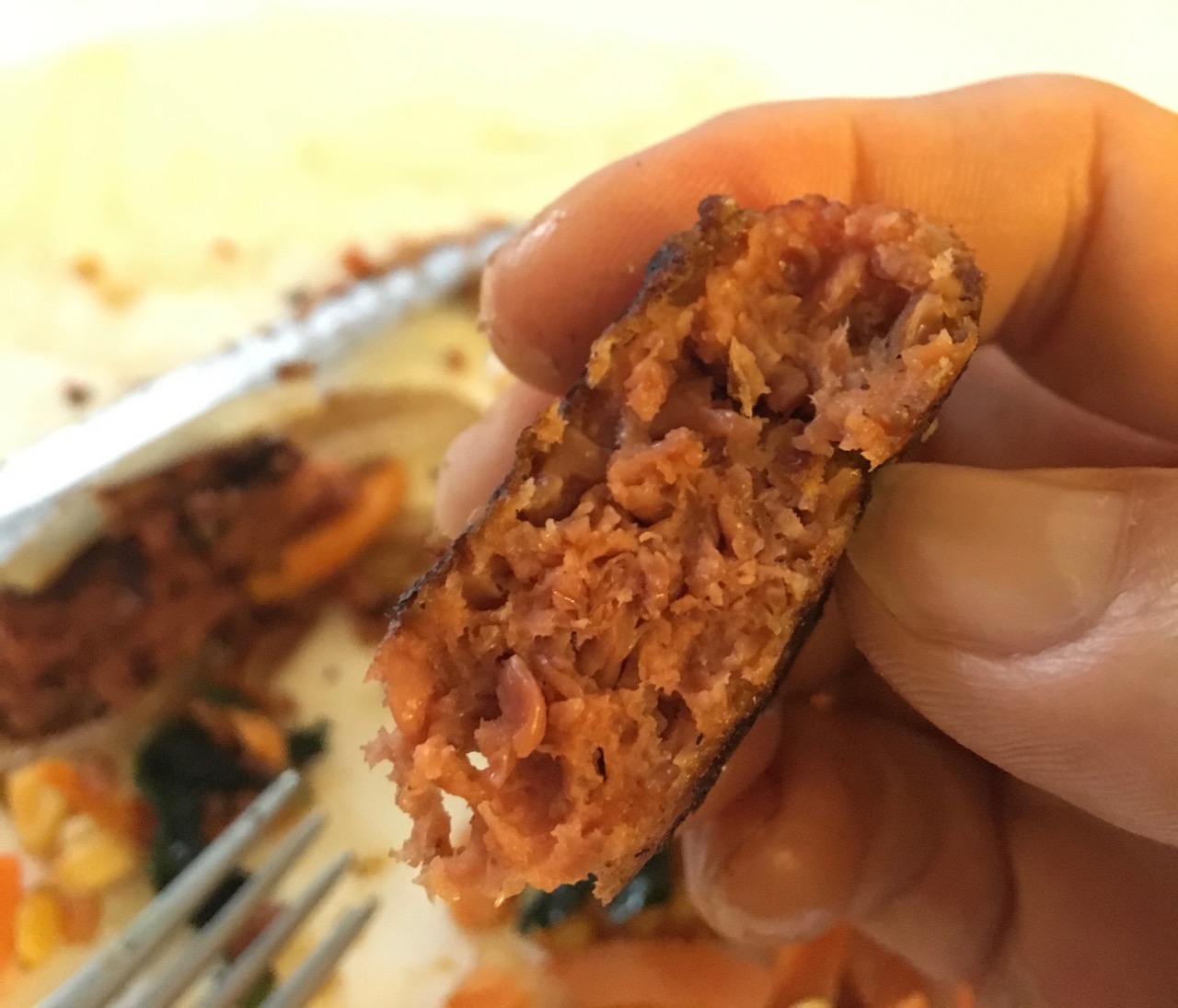 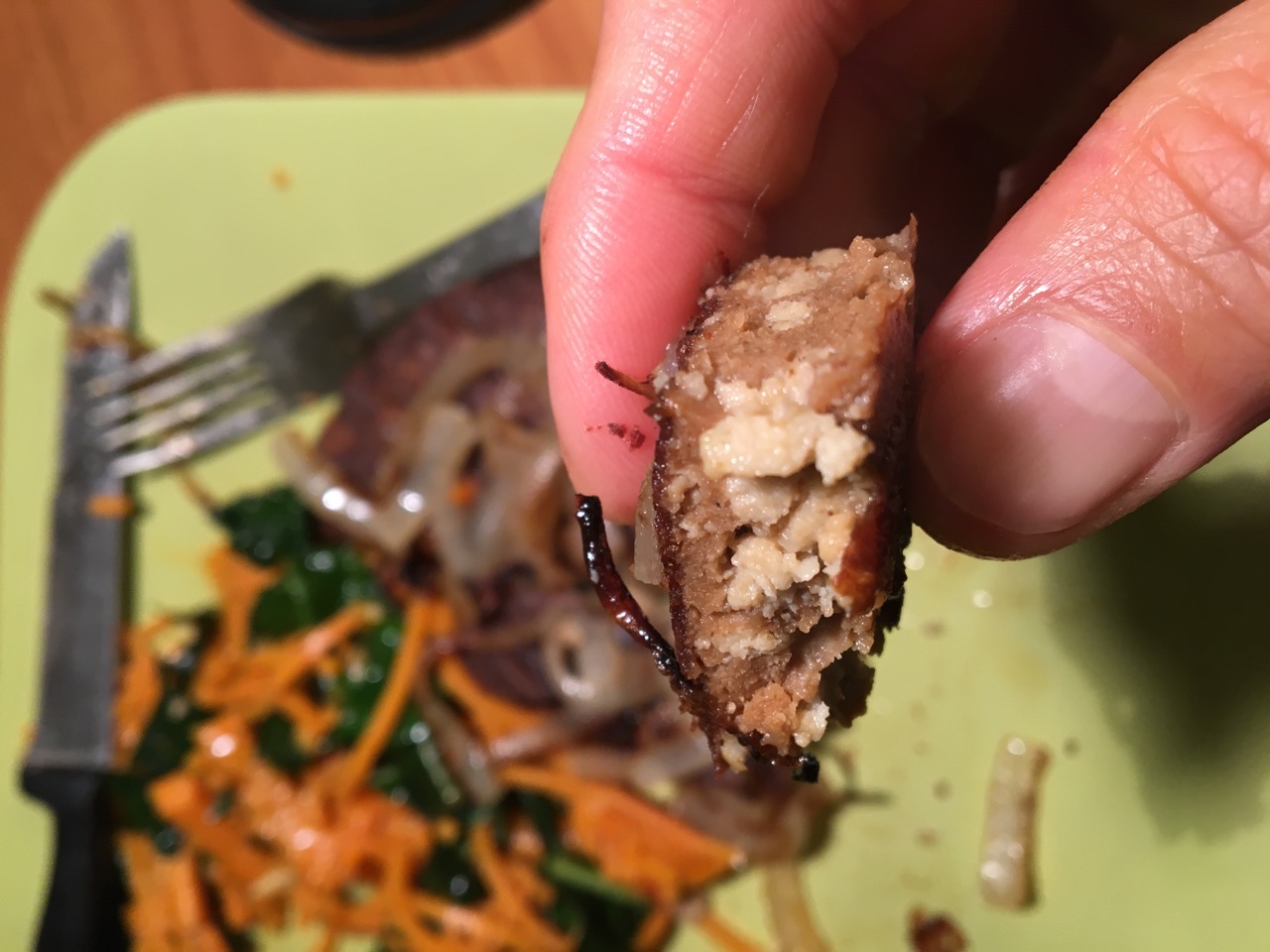 The Beast Burger is a lot dryer, as you can see. I think those white bits were meant to simulate marbled fat? But they were just slightly different tasting from the rest of the veggie burger.

Overall, I enjoyed the Beyond Burger a whole heck of a lot more than the Beast Burger. The mouth feel was much more satisfying, it had a pleasant fattiness to it, and the flavor had a distinct meatiness that I enjoyed. Eating the Beast Burger, a lot more of the pea flavor came through, and not in a good way. The outer surface didn't caramelize well and the inside was quite dry and unappealing.

Both products are equally priced at $6.76 at my local Safeway, which I have to say is quite economical. Both patties are quite sizable and filling.

So other than the convenience of having the Beast Burger in my freezer, I would see no reason to ever get it again. The Beyond Burger is definitely the tastier choice.

Have you had either of the Beyond or the Beast? Are there other veggie burgers you think I should try?

4 thoughts on “Taste Test: The Beast Burger vs the Beyond Burger”