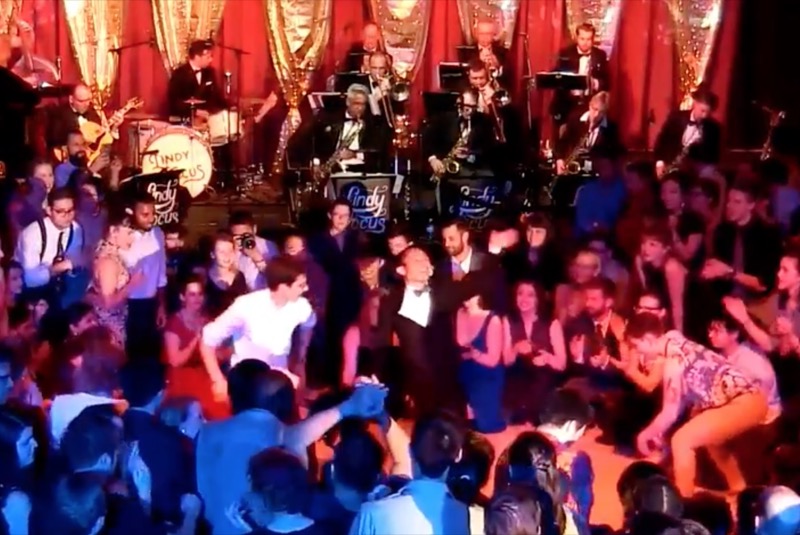 I spent the last week in Asheville, North Carolina at one of my favorite dance events in the world, Lindy Focus. Focus is a seven day celebration of swing jazz and lindy hop held in a hotel just outside of downtown Asheville. Some of the best swing musicians and dancers in the world gather with 1,000 other lovers of dance and music. It's lindy hop heaven.

This is my fourth visit to Lindy Focus, and one of the best. There were so many highlights for me, it's hard to know where to start. But being in one of the dance jams during the main dance concert was certainly a highlight of 2017.

I was fortunate enough to be one of the early backers of the campaign, actually funding one of the most famous pieces of Lunceford's, "The Lunceford Special." I mean listen to how awesome this song it.

There was no way i was going to miss hearing this and other Lunceford classics being performed live for the first time in modern history.

One dilemma I had as a dancer was what to do when "my song" was played. I could of course just listen to it and take it all in as an audience member. I could grab a partner and dance to it. Or I could jump into the inevitable jam circle that would result. I chose the last option, since that's something I have been trying to grow into as a dancer.

Jonathan Stout was kind enough to give me a copy of the set list, so I knew exactly when "Lunceford Special" was coming up. In anticipation, I told several of my friends that if a jam broke out, I was going to jump in. That was also a strategy to keep myself accountable so that I would actually jump in.

For those that have participated in jam circles know, one of the hardest parts is knowing when to go in. There's an excited crowd of onlookers to wade through, other dancers waiting their turn to go in, and different parts of the song to try and figure out how to move to. It's a complex puzzle that sets my brain spinning and often leads me to not jump in at all, even if my body wants to.

The easiest solution is to actually start the jam. That way, you are in the middle of it at the start, and there's not choice about it. So that's what I did. (You only catch the end of my jam at the 0:37 mark.)

It was an incredibly exciting moment for me to be in the jam, dancing to a song that I had a part in making possible, being performed by the best damn swing orchestra on the planet, with 1,000 other dancers in the room, plus many others watching the live stream on YouTube. What a rush!

I'm so glad I said yes to myself. That I followed my passions instead of my fears. Definitely one of the most exciting experiences I had in 2017.

1 thought on “Jamming to “Lunceford Special” at Lindy Focus!”