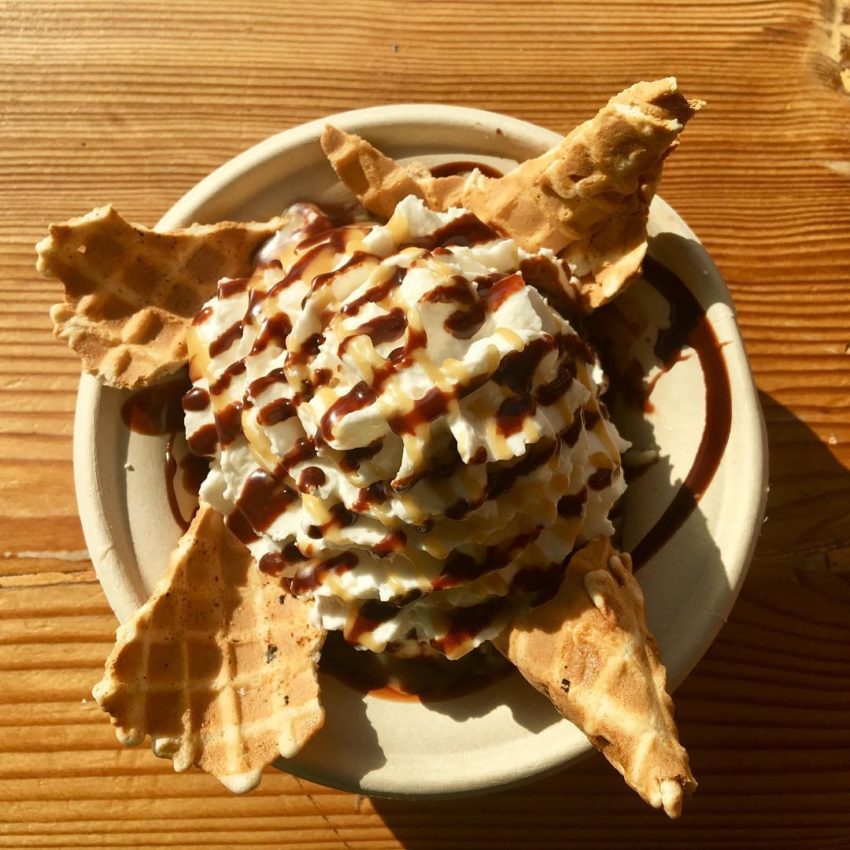 I had a revelation the other day about ice cream sundaes. Bear with me here.

I was eating an ice cream sundae at one of my favorite ice cream shops in the city, Hometown Creamery in the Sunset. Hometown always has a fascinating, often weird, array of flavors that they make in the shop. 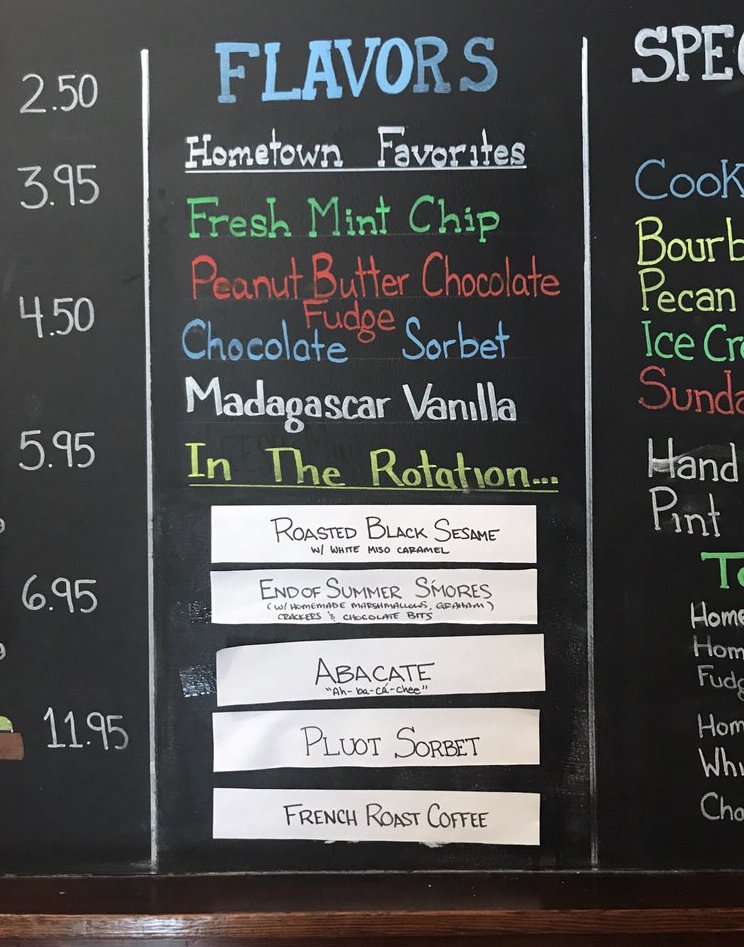 I was having a hard time choosing which flavors I wanted in my ice cream sundae, I was planning on purchasing. After a lot of tasting and deliberation, I settled on two flavors: Turkish Donut and Irish Cream with a Bourbon Caramel Band. I was pretty excited to try both of those.

The ice cream guy prepared my scoops, and then added all the sundae accoutrement. First he put on top of the ice cream a layer of chocolate fudge and butterscotch. Then he spritzed on a dome of whipped cream. On top of the whipped cream he made a pretty cross-hatched pattern of fudge and butterscotch stripes. Finally, he added bits of broken waffle cone to the sides.

It was so so pretty.

After paying for the sundae, I got down to eating it. It was so delicious, and so sweet. Before I knew it, all I had was an empty bowl.

Upon reflection, I was a bit disappointed. Not because there was anything wrong with the sundae. I appreciated all the individual parts that went into making it. But I found that all the sweet additions to the ice cream actually diminished my capacity to enjoy the ice cream. After getting through the whipped cream and the layers of chocolate and butterscotch, I was barely aware of what flavor of ice cream I was eating. It might as well have been vanilla or strawberry.

All of the extras that were supposed to make my ice cream dessert so much more special actually ended up masking my appreciation for the heart of the experience — the ice cream itself.

It made me wonder if there were other things that we try and “improve” or “upgrade” that actually take away from the original thing we came there for.