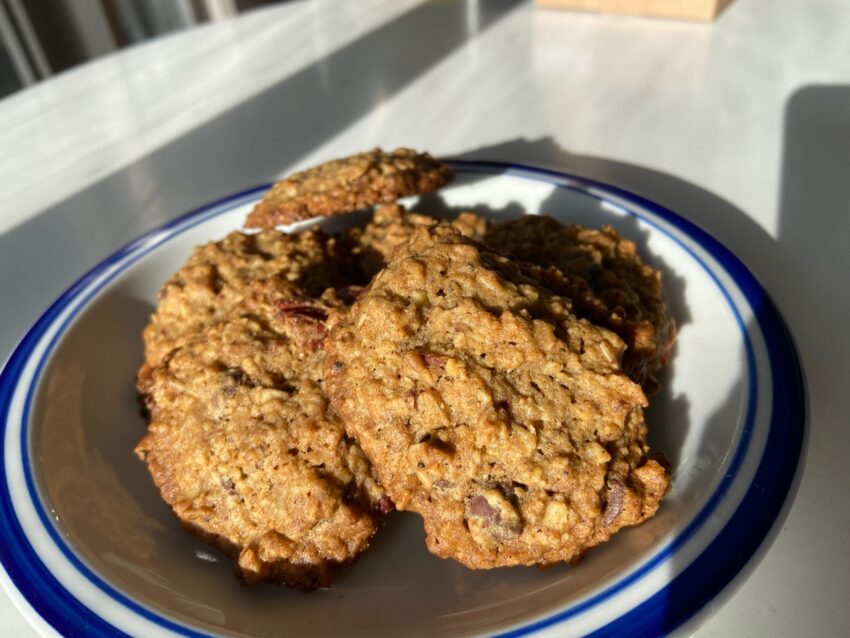 I’ve eaten my share of bugs in my life. I’ve had mopane worm in South Africa (do not recommend), fried grasshoppers in Southern Mexico (so delicious), and roasted mealworm (like cheetos!). I’ve been around enough to know that insects are a part of many local diets, even if Western culture considers them “gross.”

But overall I eat too much meat. I’ve known this for a while and felt guilty about it, as someone who cares about the planet and its inhabitants. A few years ago I gave up beef, which is clearly the worst offender. But I eat chicken, eggs, and pork on the regular.

The science is clear — the meat industry is producing a high percentage of the greenhouse gas emissions globally, uses up a vast percentage of the planet’s arable land, and consumes a massive amount of water and feed to sustain our insatiable desire for meat. So what are the alternatives?

A vegetarian or vegan diet is certainly a better solution for the planet. I’ve been both a vegetarian and a vegan at different points of my life, and enjoyed that lifestyle. But I have always gone back to some form of meat consumption. I know I’m not the only one.

Another alternative is entomophagy — adding insects to our diet. Insects are a plentiful food source found everywhere, can be raised on a fraction of the land, water, and feed needed for animal cultivation, and are full of nutrition. The FAO supports entomophagy as a key part of the solution for global food insecurity as populations rise.

After doing some investigating, I bought my first insect-based food product: cricket powder. Cricket powder is just what you think it is, dried and pulverized crickets. The particular brand I purchased is from Cricket Flours based in Oregon, a purveyor of many varieties of edible bugs.

Crickets, I learned, are a complete protein, plus are rich in antioxidants and other nutrients. And eating them in powder form is much more acceptable to many folks than just straight up eating the insect.

But what do they taste like? The cricket powder I purchased has a nutty, umami flavor, which was not what I was expecting honestly.

The company recommends using cricket powder in any baking recipe, subbing in the powder for up to 25% of the flour. I decided to test this out with some of my favorite bakes.

I love scones. Typically I make them with nuts and chocolate, but I decided to do a plain scone to see the full impact of the cricket flavor. My test recipe was the “Dreamy Cream Scone” from Smitten Kitchen.

Results were… mixed. While I found the cricket powder version edible, it had an unmistakable aftertaste that clashed with the simple buttery goodness of a scone. I think cricket powder would work better with a savory scone, perhaps with cheddar and nuts.

This one seemed like a no-brainer. Oatmeal cookies are already nutty and rich, so a bit of cricket powder couldn’t hurt it, right? Particularly when you add roasted pecans and chocolate, like I did.

These turned out fantastic. I brought a large batch of cricket-enhanced oatmeal cookies to a skate session with some of my peeps and they were quickly devoured. “I would never know there were crickets in this if you didn’t tell me” was the main response.

Pancakes I predicted to go the way of the scones. I used my favorite pancake recipe from Zazie’s Cafe.

The cricket-enhanced pancakes were actually pretty tasty. The only issue was that the pancakes got dark quite quickly, making it hard to know when they were done. But otherwise these were a success.

On a whim, this week I decided to toss in a tablespoon of cricket powder into my morning oatmeal. Really nice!

So my little baking experiments with cricket powder were a qualified success. Cricket powder is an easy way to add more insects into your diet that won’t turn off most folks. Subbing in a tablespoon or two of cricket powder into a bake hardly seems to affect it, as long as you have other corresponding flavors in your recipe.

That said, I don’t know if eating more bugs will solve our many environmental and food security problems we face. Crickets, mealworms, and grasshoppers on the menu aren’t going to replace beef, chicken or pork anytime soon. Other vegan protein powders like pea and whey have very small carbon footprints and cost less. Meat substitutes like Beyond and Impossible meats can also help wean us off our beef addiction.

Cricket farming does show promise as an alternative, sustainable, profitable venture in places like Thailand, which already has indigenous insect food practices. Whether insect farming can reach the scale it needs to become more than a niche food product is unclear.

I’ve also read some interesting research into how subbing in insects for soybean and fishmeal in the feed for animals might significantly reduce the carbon footprint of meat production. But putting this into practice would involve a significant change to the entrenched meat production system.

So, if you are trying to make the biggest difference for the planet, eating little to no meat seems to be the best strategy.