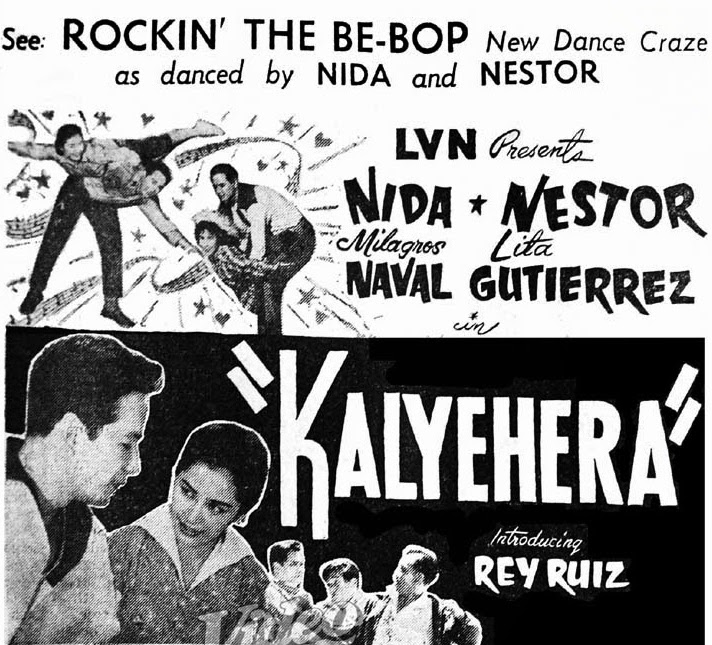 I don’t know anything about this clip other than it’s from a 1957 Filipino movie called Kalyehera.

There’s a lot to unpack in this scene:

Here’s a poster from the film.

A story about Nora a rich young woman from the province who made a vow along with another friend to go the metro and pretend to be beggars to raise money for their church. On their way there on the train they met Ernesto a rich young man who falls in love with Nora oblivious of her vow.

I am dying to see more footage of lindy hop and other partnered dancing from that era!