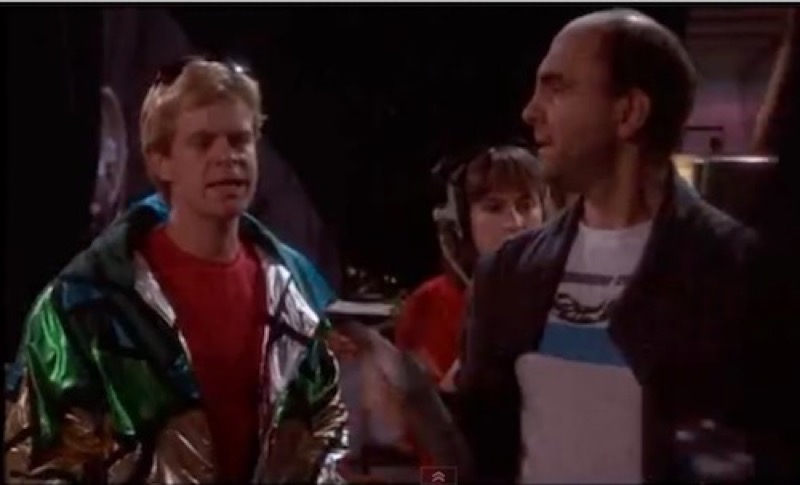 I was watching the wonderfully cheesy kung-fu flick "The Last Dragon" tonight when I spotted the perpetually beleagued actor William H. Macy in a bit part.  He is apparently some kind of producer of the television show that the love interest Vanity stars in in the movie.

Here Macy is trying to convince Vanity to allow a mob boss's girlfriend's music video to play on her show. I wonder how he feels about playing this role?

You can watch the full "The Last Dragon" movie in YouTube, which I highly recommend to fans of chock sockey kung-fu movies and blaxpoitation flicks. Don't forget to eat your popcorn with chopsticks!