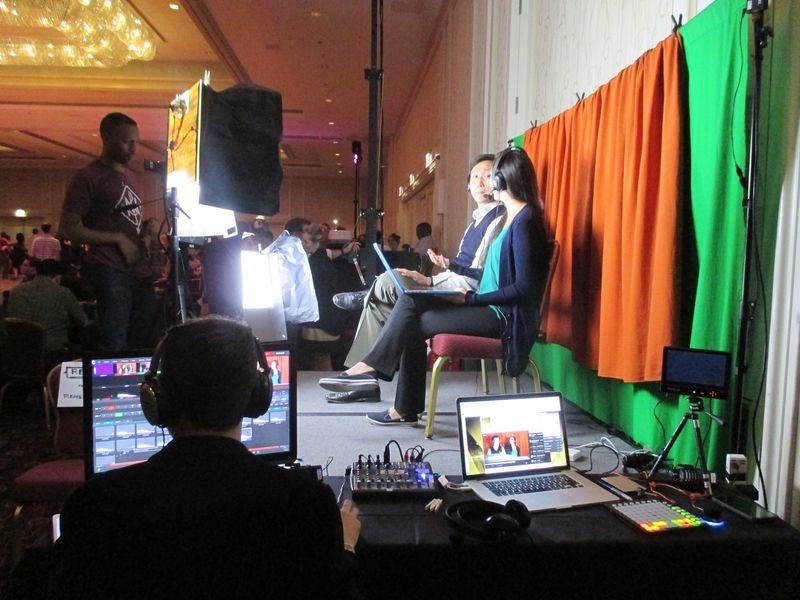 Over the next days, we'll post more about how the live broadcast from the 2015 International Lindy Hop Championships went, thank all the folks involved, and share where you can find the archives and assets later. But I wanted to just write quickly about what we accomplished at ILHC this year, as a reminder of how far we've come.

When the production team at Yehoodi.com came to ILHC four years ago to shoot our first live broadcast, we had a lot of things that we thought would be cool to do, but couldn't figure out how to actually make happen. They were too expensive, or technically challenging, or took too many people to implement.

Some of the things we dreamed about:

This is the first year where we actually did all of those things. And I think we did them all pretty damn well. I mean, it's all there on the screen for everyone to see.

This was the year we figured out the team we needed, assembled the technology necessary, created a budget and raised the money we needed, and organized ourselves to get the work done. We could not have done it without first of all Manu Smith at the helm of the production, Frank Dellario co-producing and handling finances, Jim Thorpe for being the master of the video production tech, Patrick Szmidt and Natasha Ouimet providing the video feed from the floor, our incredible volunteer helper Amy Wong Loomis, Heather Flock supporting us all the way through, Ryan Swift, Nicole Zuckerman, all of our guest hosts and commentators, and the support of all the staff and volunteers of ILHC.

I could not be more proud of the work that we did this year in Arlington, VA. And I'm glad that so many people from around the world got to enjoy it along with us.