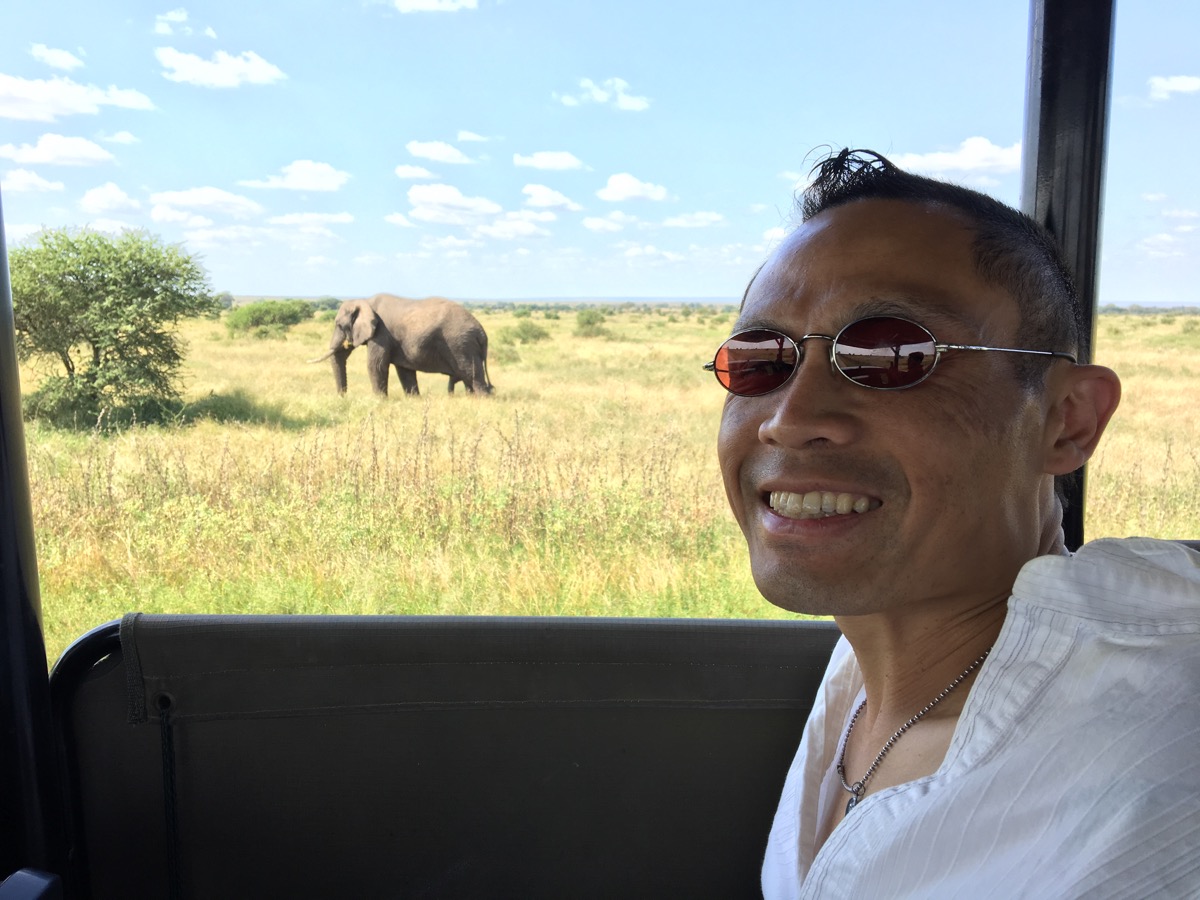 Going on an African safari is something that has long been on my bucket list. Finally getting to South Africa to see animals in their native habitat was beyond amazing! Here's some of the highlights. 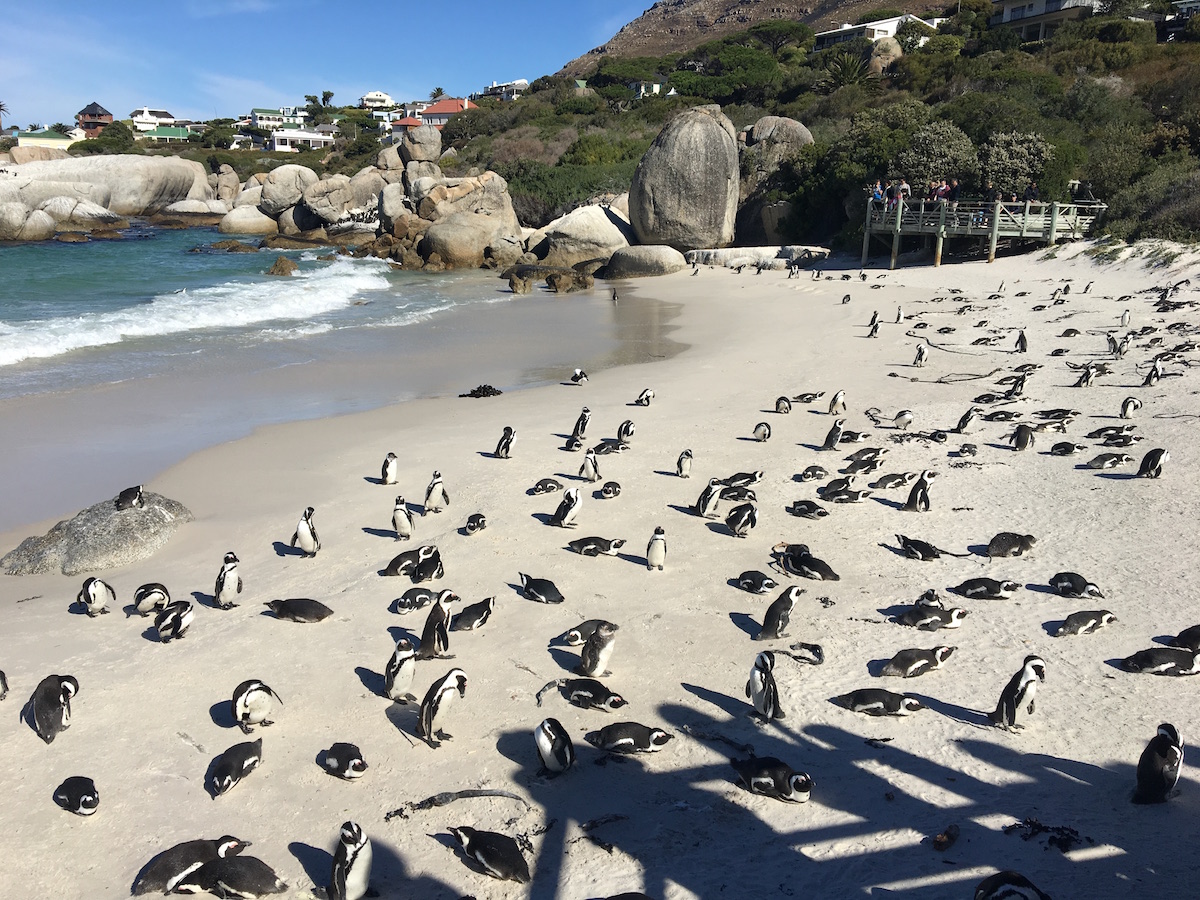 Just a short train ride from Cape Town is Boulders Beach, where you can visit a sanctuary for African penguins — the same birds that we keep at the California Academy of Sciences! At Boulders, you can get as close as you want to the birds. Which was unfortunate, because I saw several people trying to touch or pet them, which is not a cool thing to do. WARNING: these penguins do have a nasty bite!

Walking around a beautiful beach, watching penguins caring for their eggs in nest boxes, sunning themselves on rocks, and swimming in the ocean is one of the awesomest things I’ve ever seen. Highly recommended if you visit Cape Town. 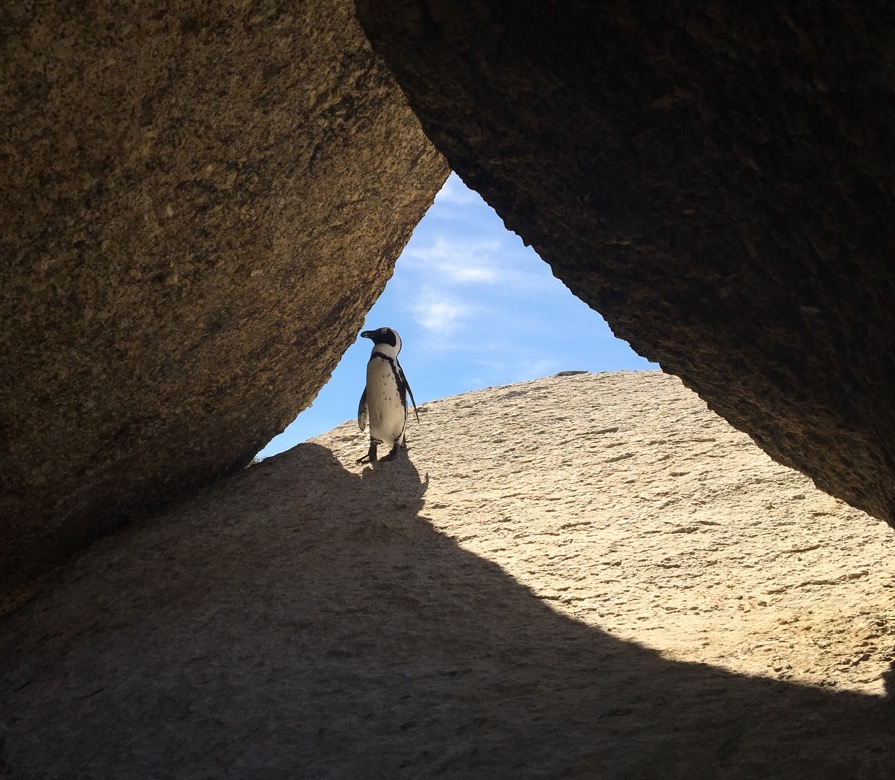 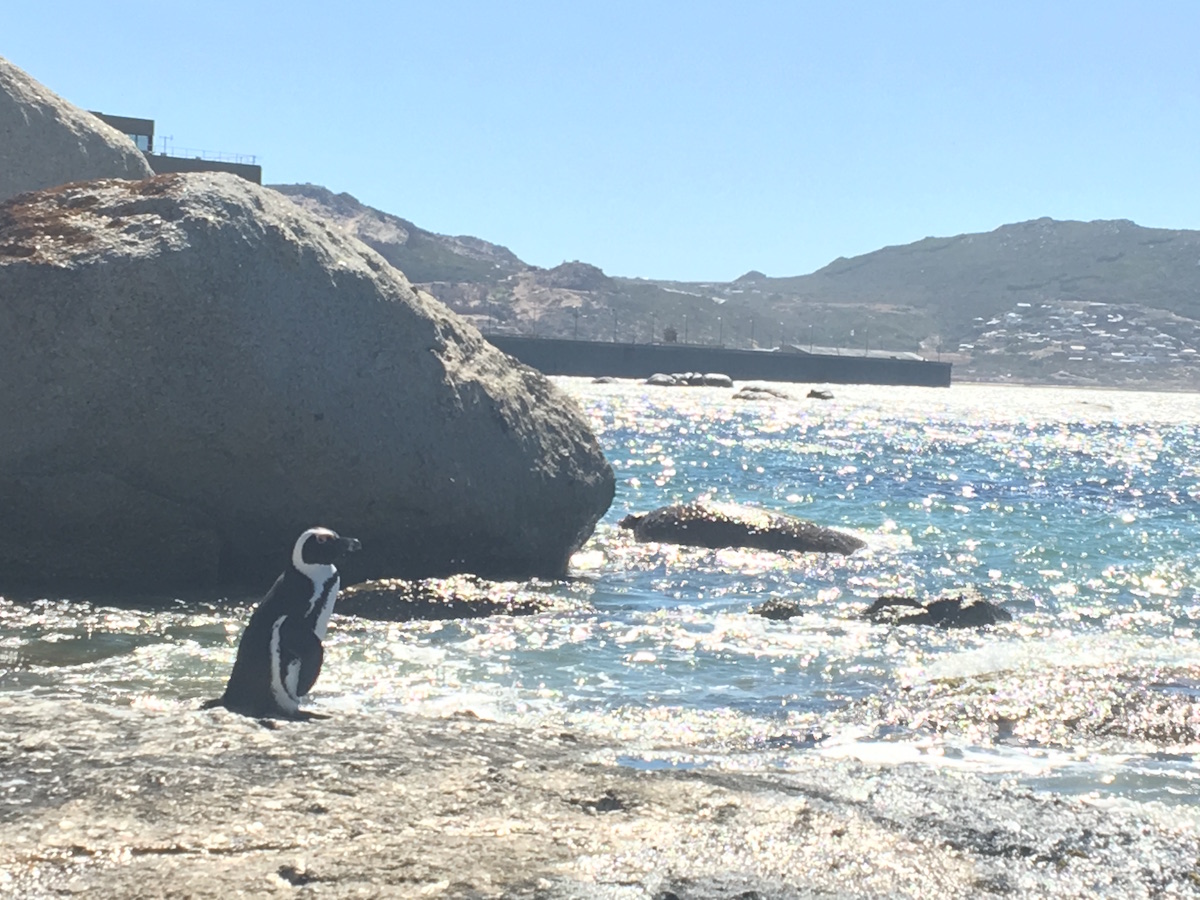 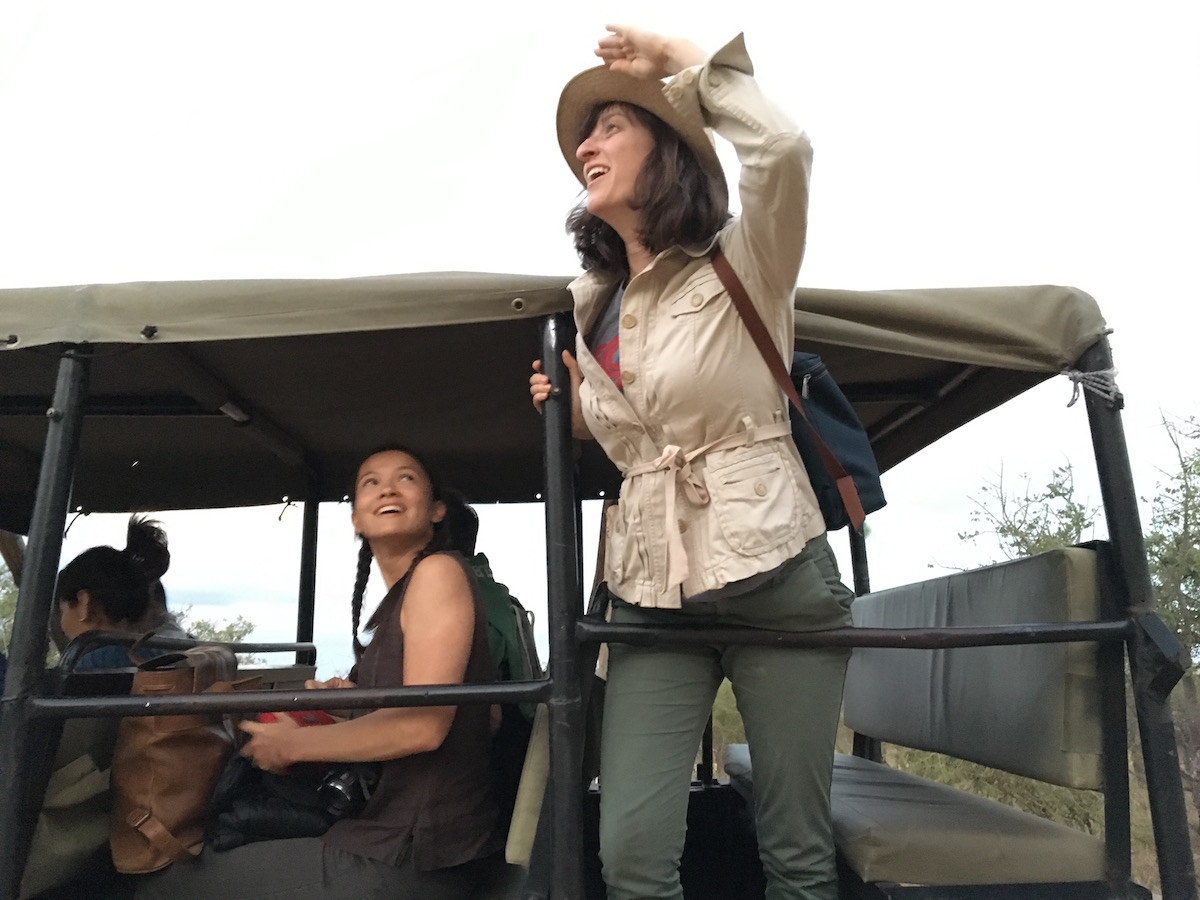 That was just the appetizer for our incredible safari adventure that took up the last four days of our trip. Hanah found us a very affordable safari package that seemed too good to be true. For under $200 a day, we were driven around by professional safari guides, housed in comfortable but rustic accommodations, treated to traditional African meals, and brought to exclusive animal reserves separate from Kruger National Park. 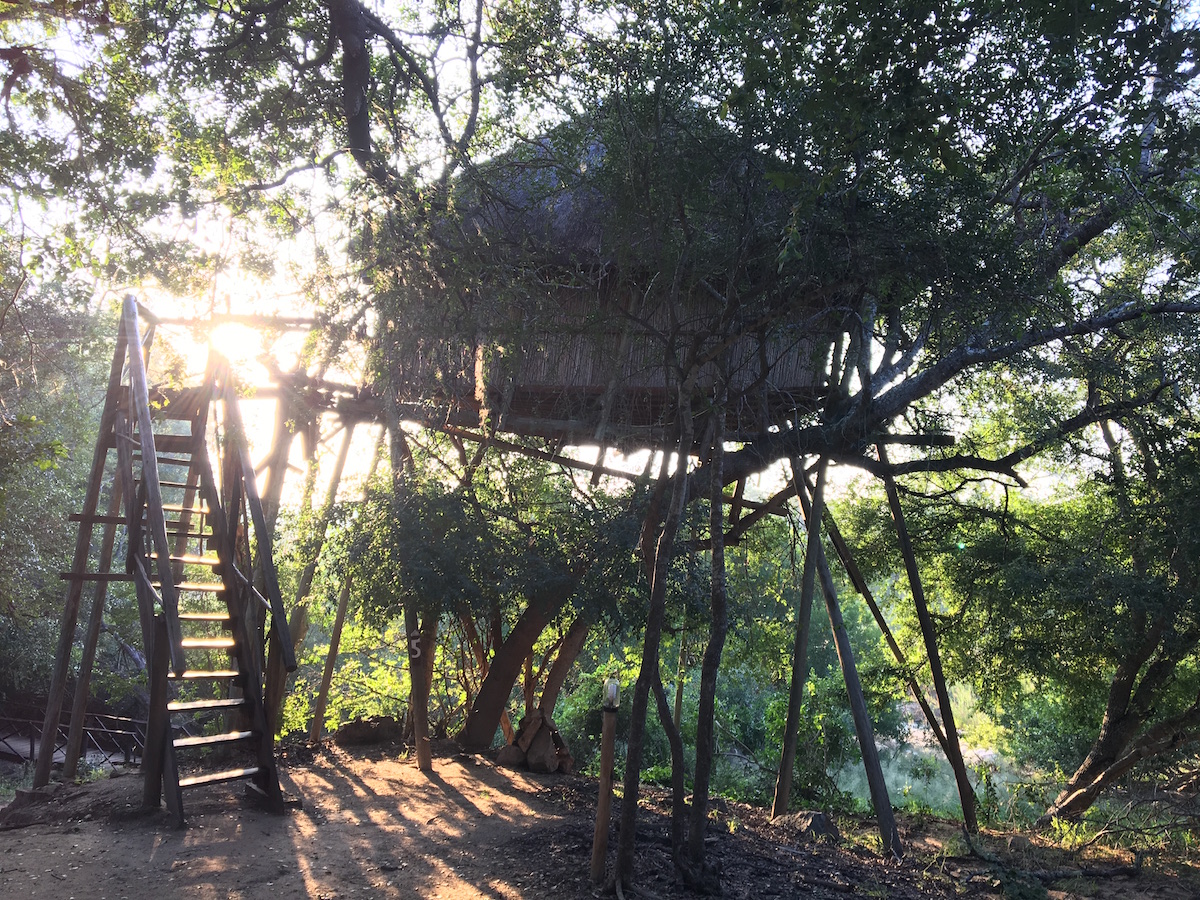 Our safari was all that and more. 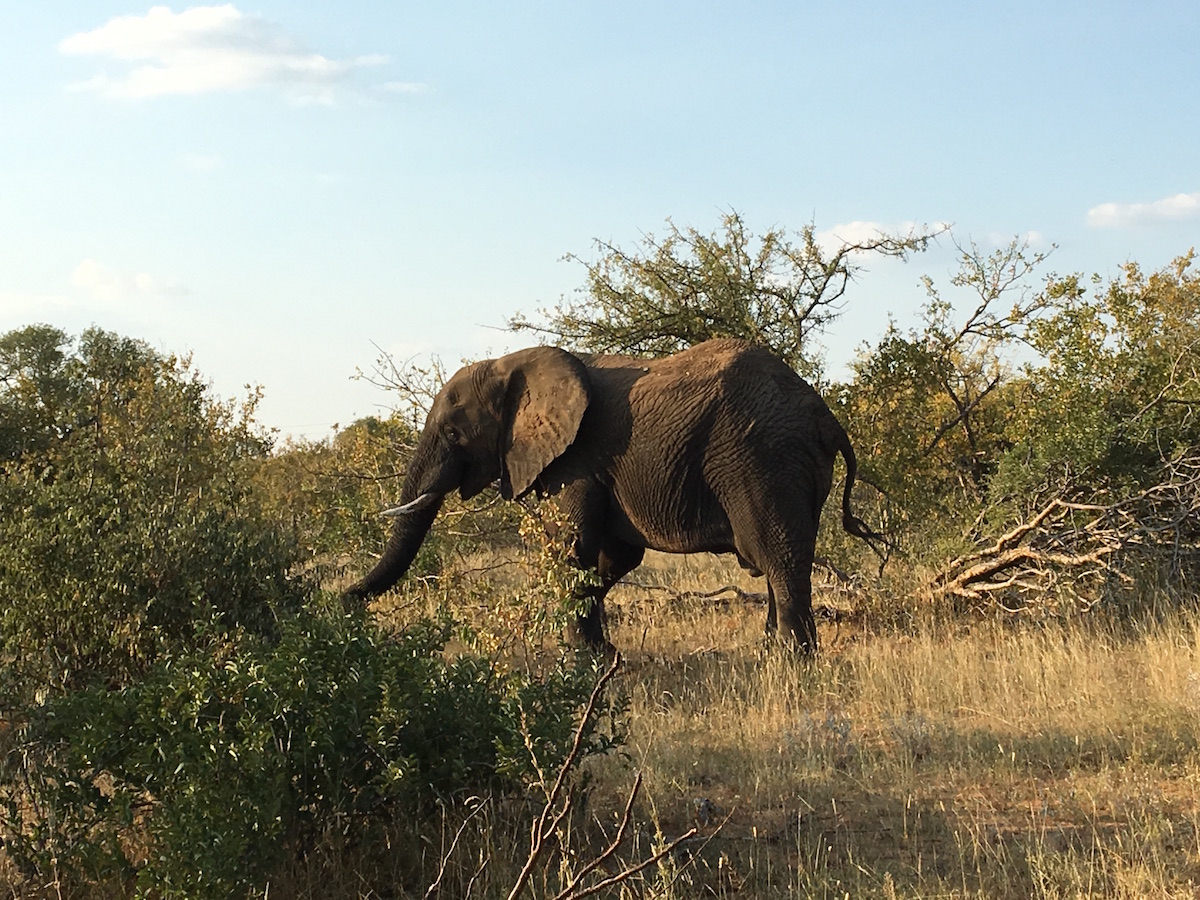 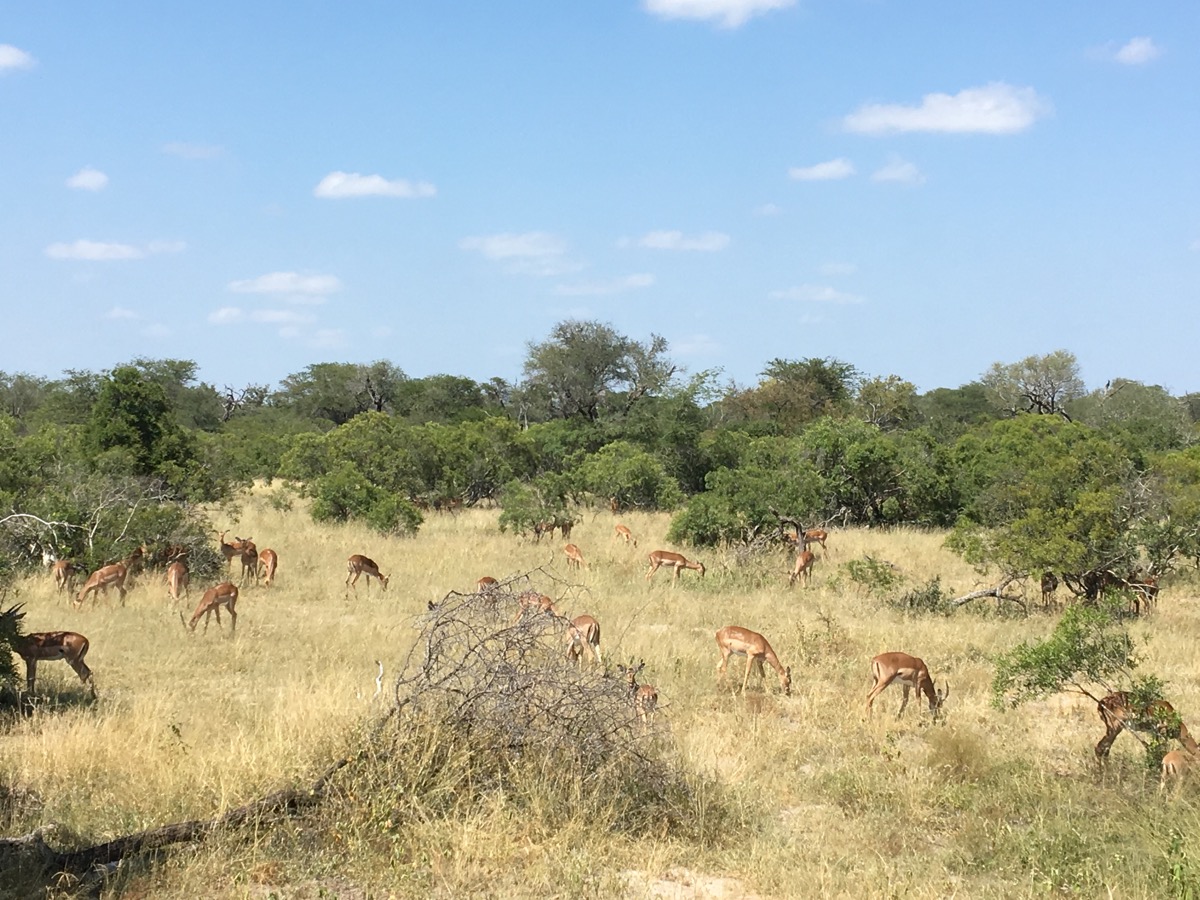 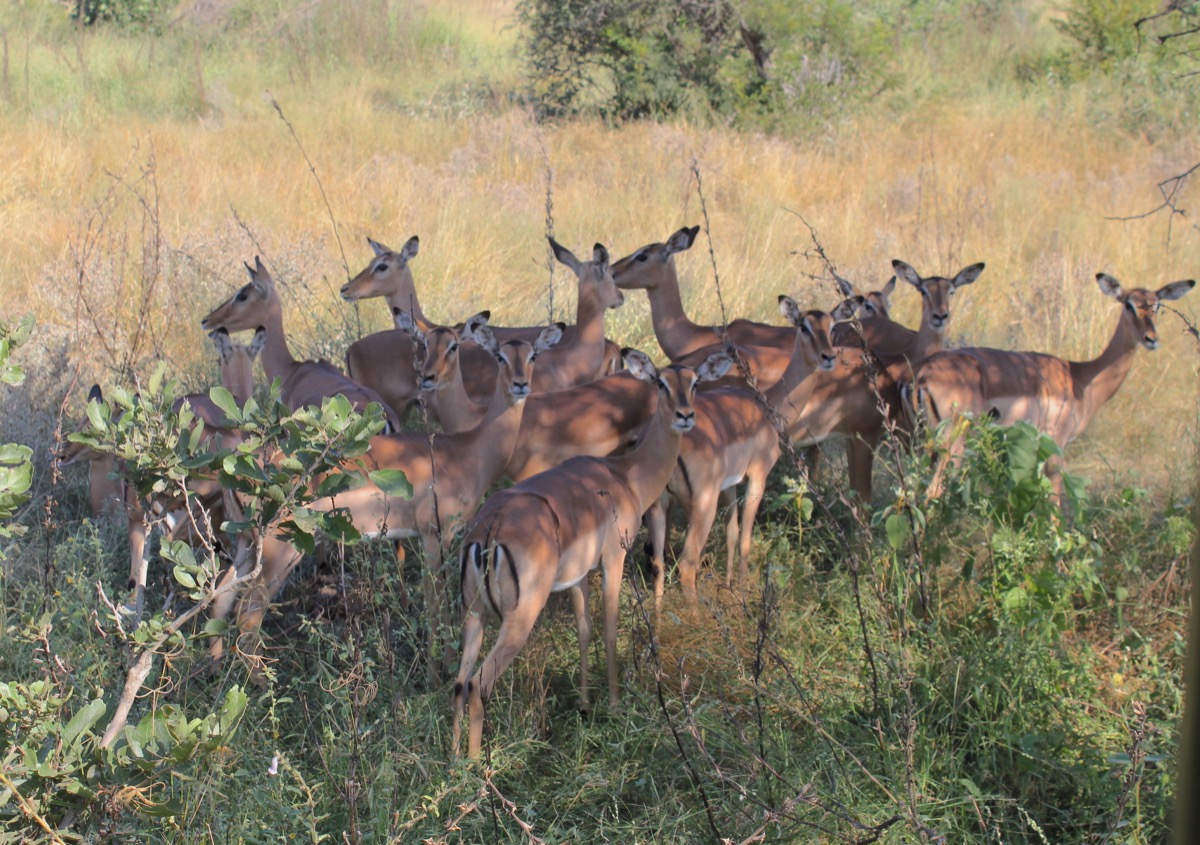 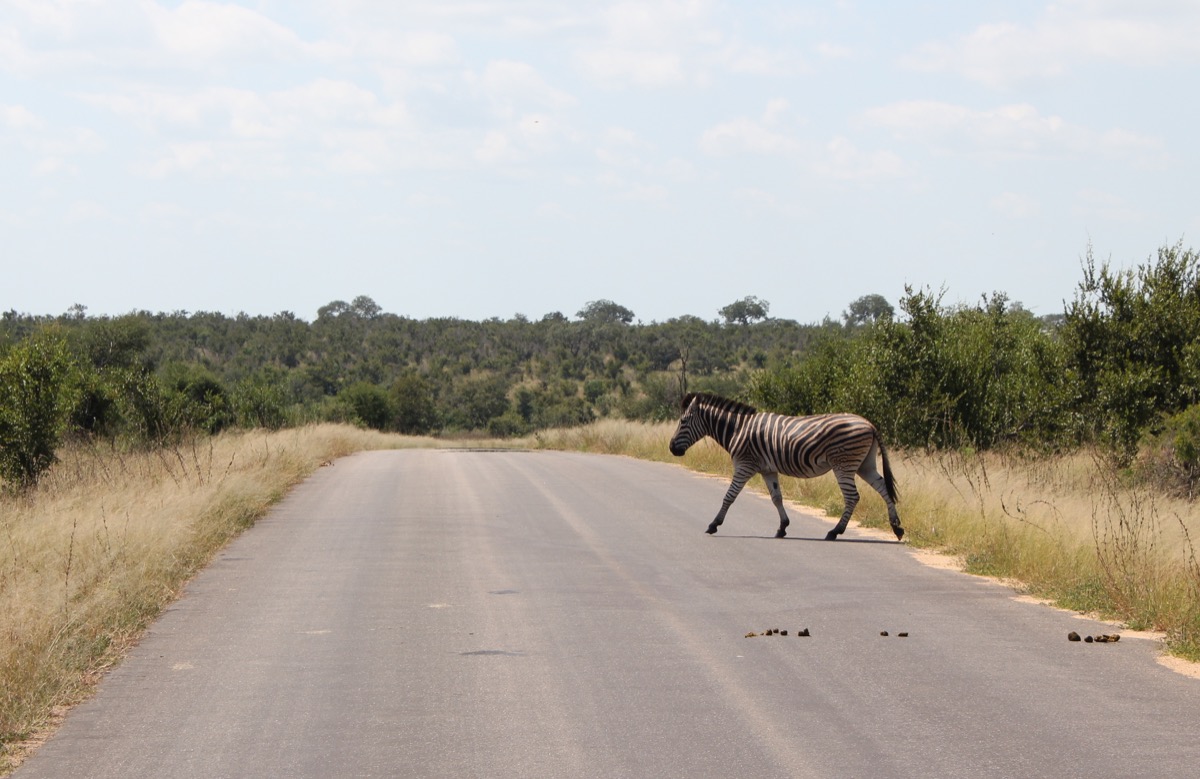 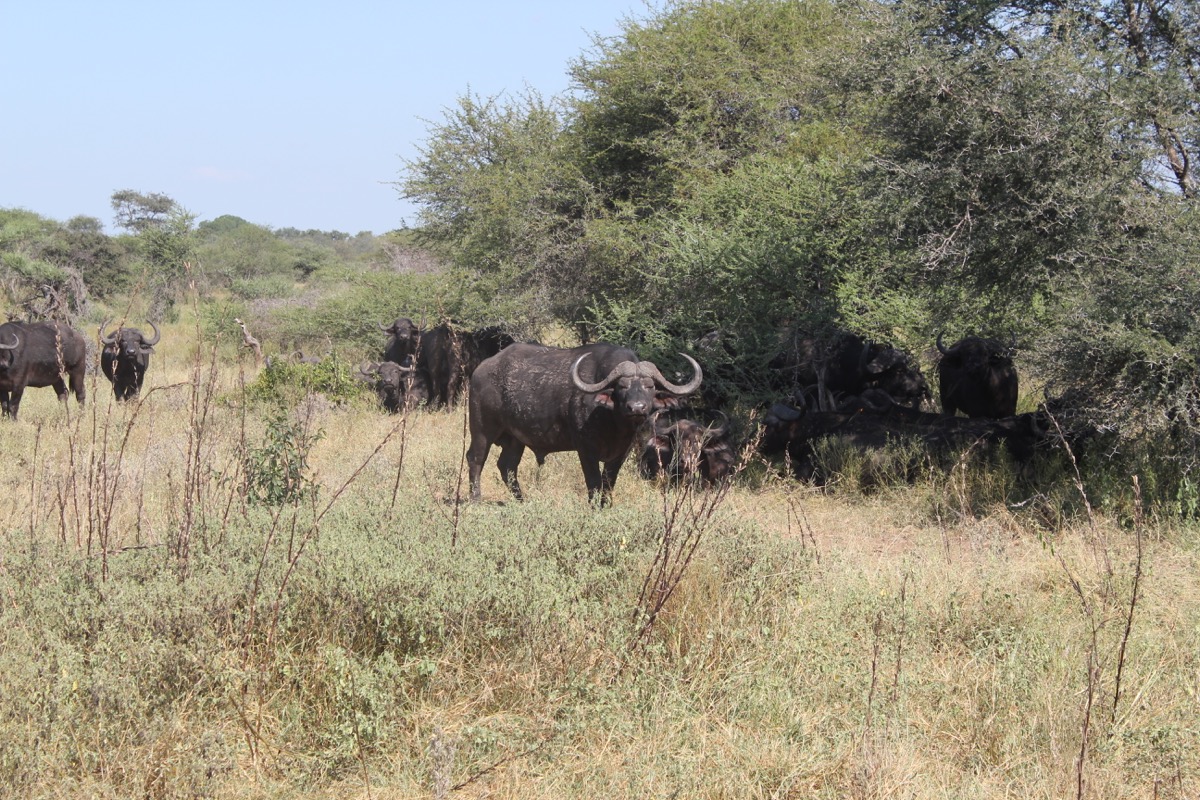 We had several awesome encounters with elephants, in particular, one breathless moment when a herd of elephants surrounded our range rover.

We also saw rare black rhino a couple of times, a beautiful animal that is unfortunately critically endangered. Here's one encounter near our Range Rover that was so awesome.

Giraffe were everywhere, munching happily beside the road, or even blocking the road. As many as we saw, I never tired of seeing these weird and gangly creatures with their ridiculous horns. 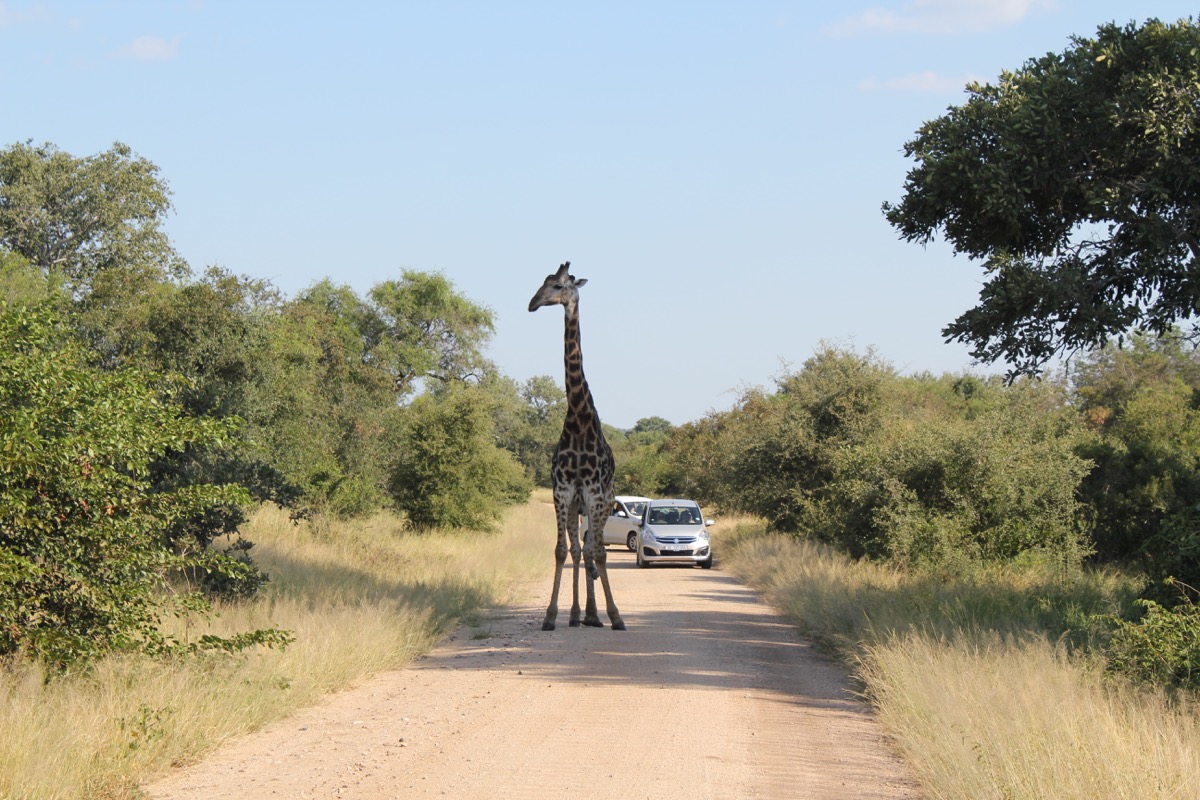 We didn’t see any of the iconic cats, unfortunately. The only lion we saw was from quite a distance, and not very distinct. And no leopards this trip. Oh well, next time!

I was also impressed with the little creatures we encountered. (Actually this beetle was bigger than my hand.) 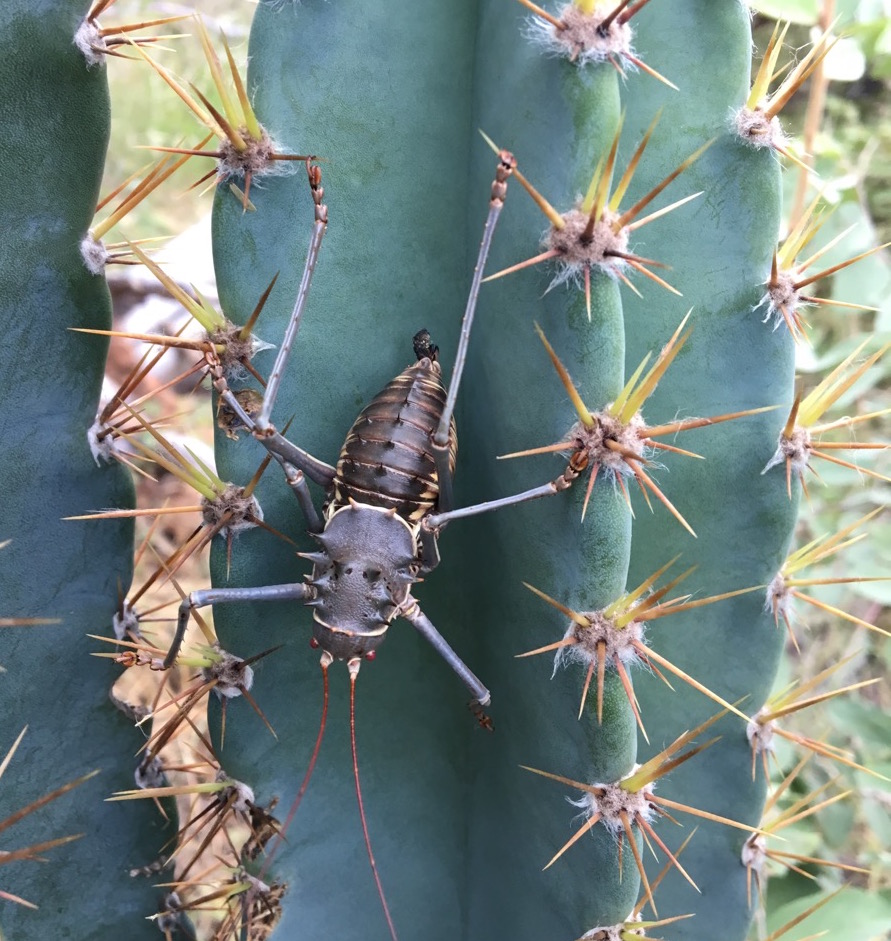 Our guides were keen to expose us to the important role that insects play in the bush, particularly termites, dung beetles and ants. I have newfound respect for termites and their complex hives, where they grow mushrooms to feed their queen. Little farmer insects! I had no idea. 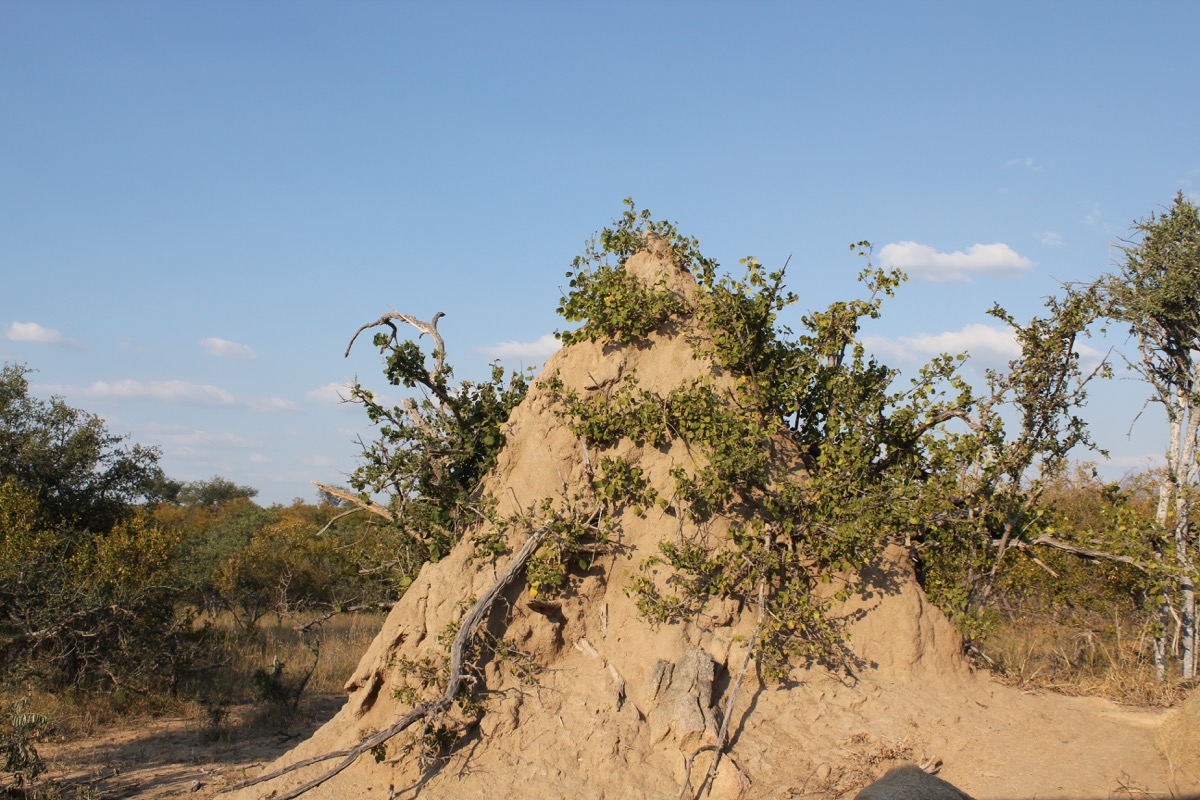 Several beautiful birds were in the bush as well, hornbill (aka “Zazu”) and the lilac breasted roller being two of our favorites. 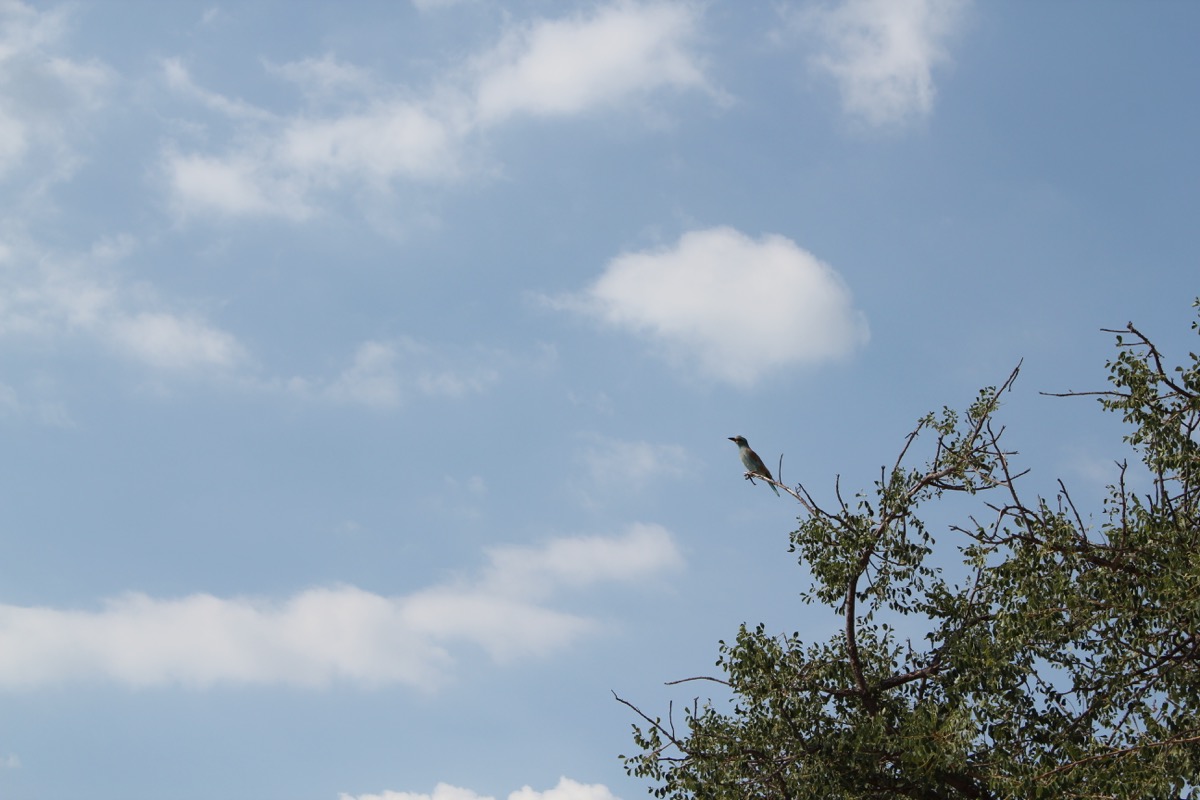 We would have seen none of these without the skillful and attentive help of our safari guides and drivers. They demonstrated a deep knowledge of the local biodiversity, a deep respect for the animals, and an appreciation of local knowledge and lore.

Local natives Nicco and Rex led us on a fantastic four hour bush walk on our second day, regaling us with tales of how locals think of the flora and fauna. This bush is for when you are feeling ill in your stomach. This buffalo tree has a branch that can help you to seal a business deal or arrange a marriage. This tree produces berries that can slake thirst. So much interesting and vital local knowledge that I’m so glad they are preserving for future generations. 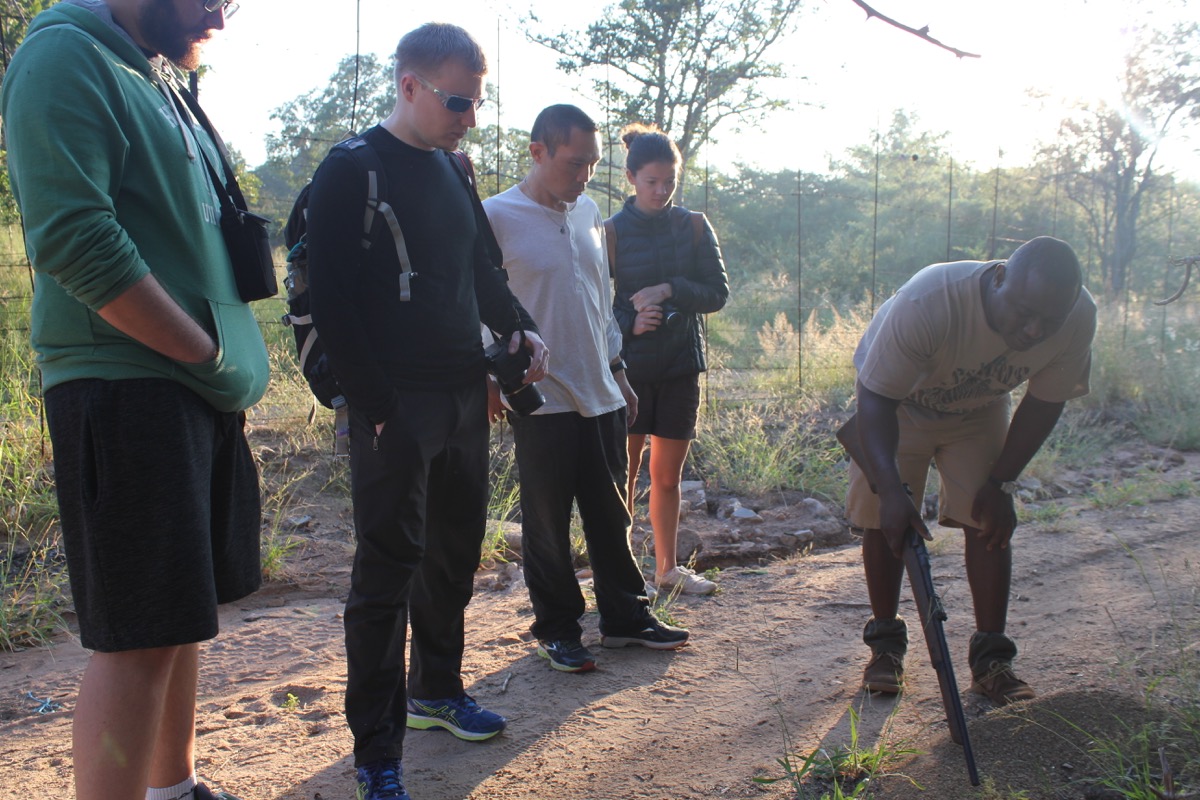 Eva was our favorite guide, a French woman who decided as a child that she wanted to be a safari guide after seeing “Lion King.” Her parents laughed at her, but here she was in her twenties doing it.

“How long do you plan on doing this?” one of the visitors asked her. “My entire life,” she replied without hesitation. It’s awesome seeing someone find their calling and making it happen. 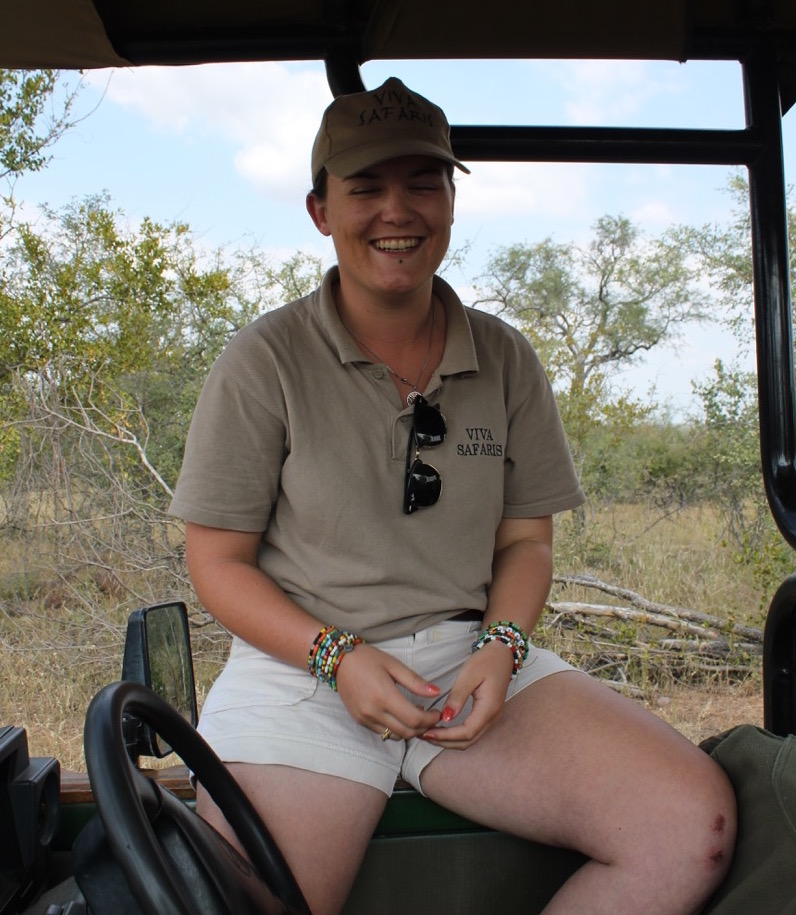 I’m was impressed with how the South African government has preserved their natural areas, tried to keep them safe from poachers and developers, and fostered a thriving but mostly benign tourist industry in the area. It’s an example that I wish that other countries in the world would learn from. 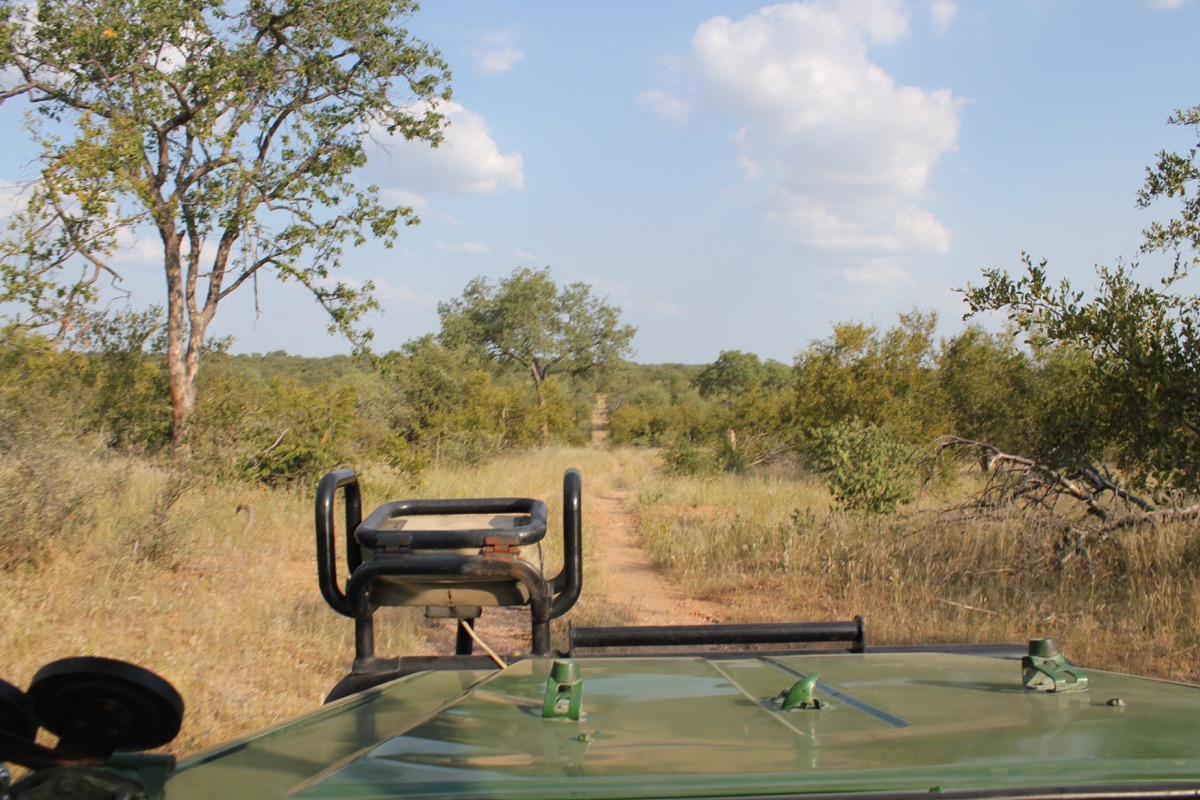 A side note about safaris: it’s a lot of time sitting in a moving vehicle. I should have anticipated this if I had thought about it for two seconds. Most of the time on safari is spent in an open-air Range Rover, bumping around on dirt roads. Your only activity is turning your head to see whatever wildlife is nearby. It’s both very sedentary and exhausting if you aren’t used to sitting in a car.

Honestly, our best day was day two, where we went on a morning Bush Walk for four hours, then did a short drive around the protected reserve we were staying at. During the drive, we could stop and get out of the vehicle if an animal was nearby.

On our only full day in Kruger National Park, we spent several hours just sitting in the Range Rover, bumping around roads, hoping to spot the “Big Five” animals. It was not as fun as Day two. Apparently in Kruger you aren’t even allowed to get out of the vehicle as a visitor in most of the park, because of the danger to yourself. So, we sat. And sat. And sat. Not that fun.

Just a consideration, if you are thinking of booking a safari.

Here’s some of the other awesome animals, plants and views we encountered during our adventures in SA. 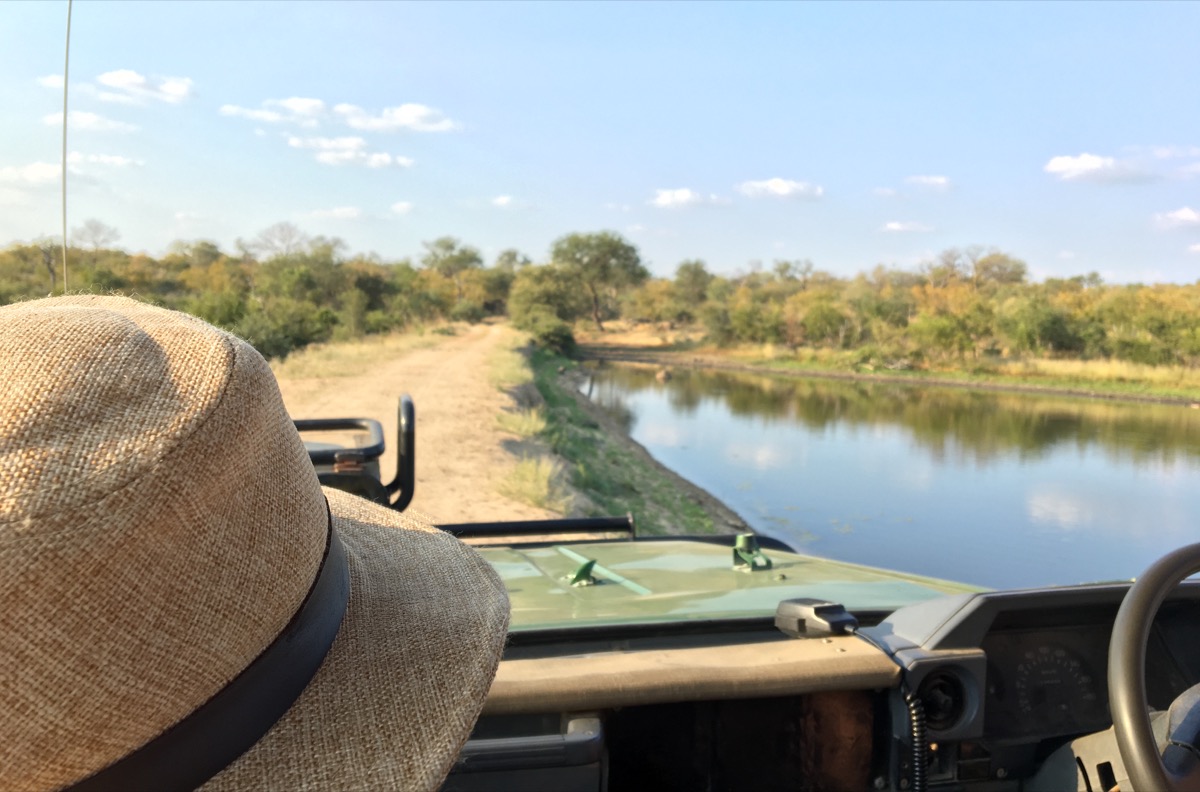 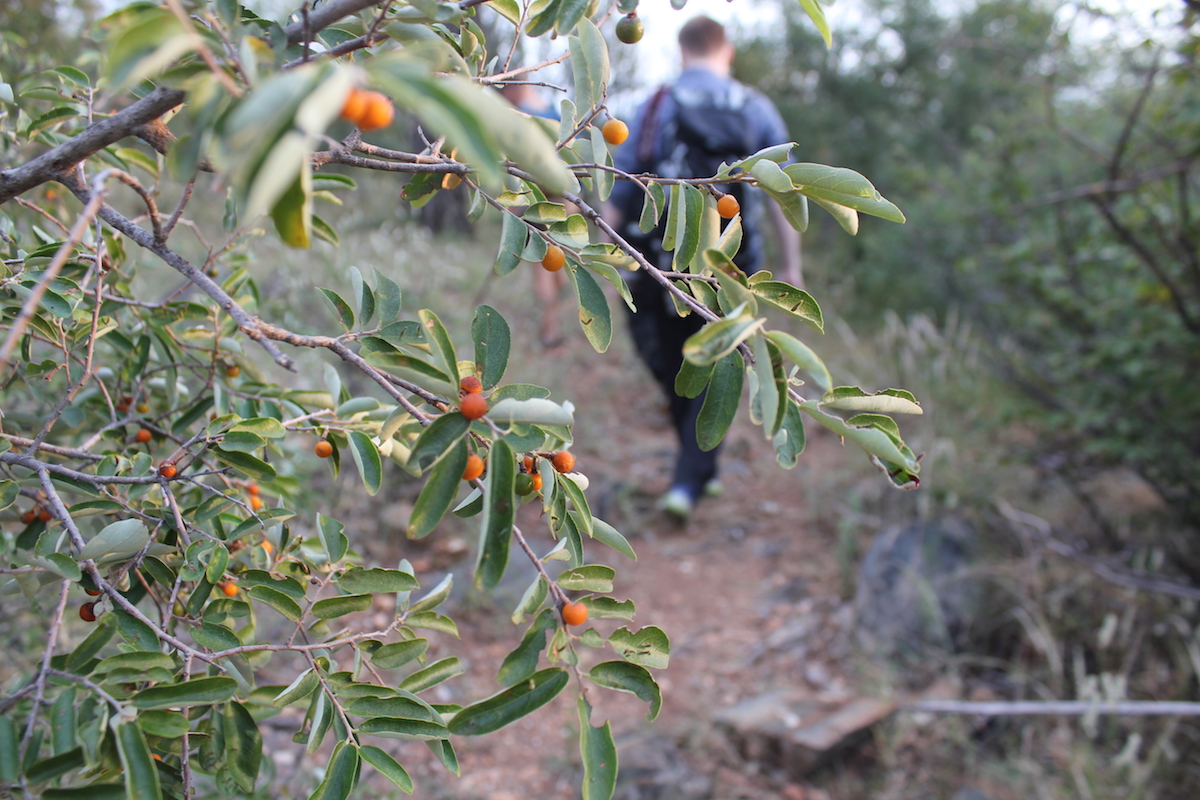 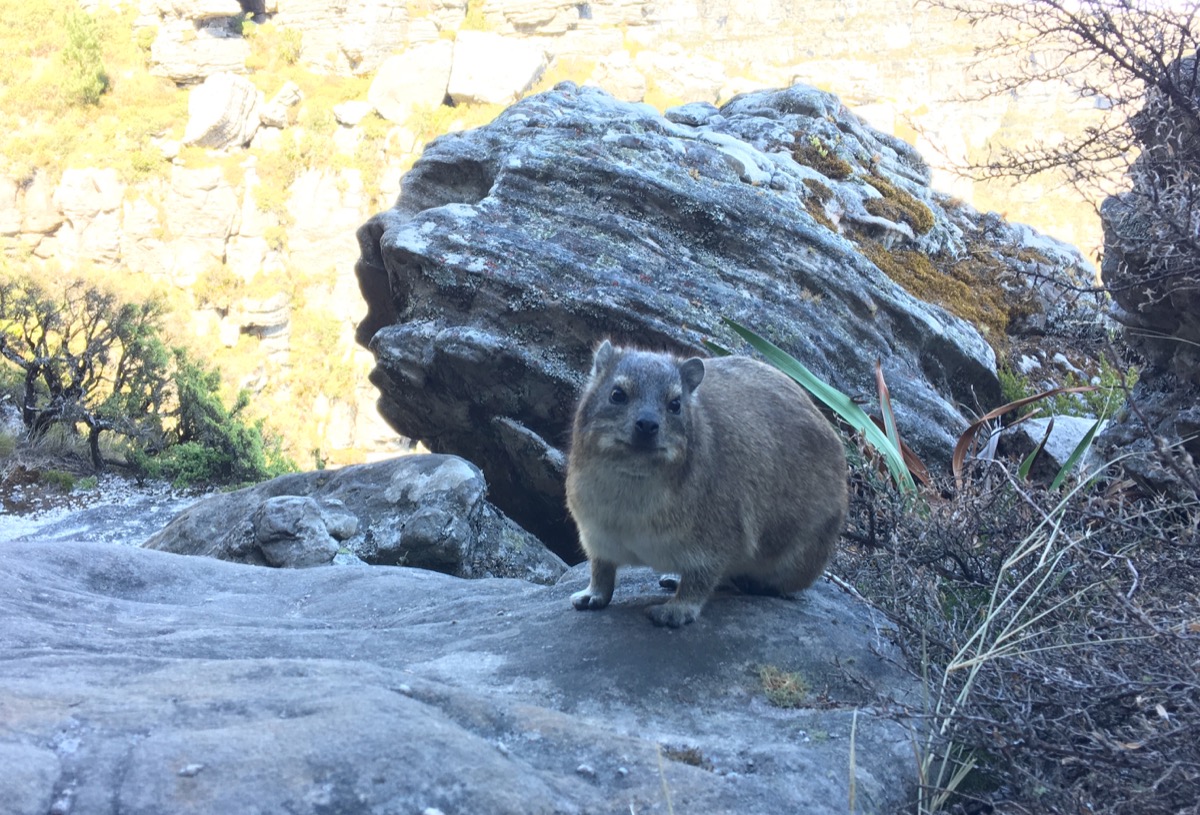 A Dassie or Hyrax I encountered on Table Mountain

Special thanks to my friend Hanah who took most of the awesome pictures posted here.